Toyota sales in China up 41% in November 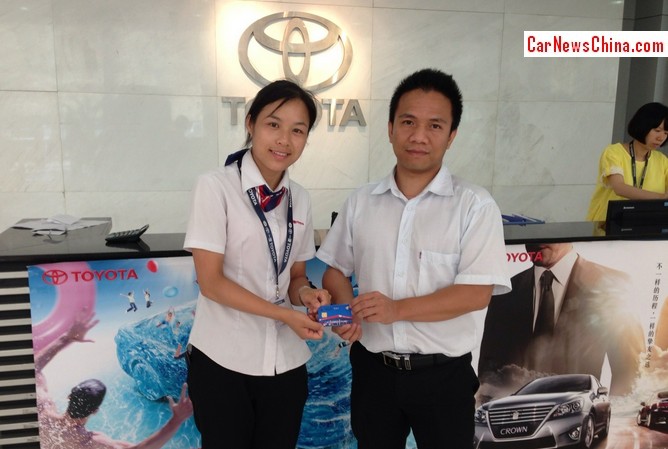 Toyota China announced that November sales in China were up 40.7% to 89.800 cars compared with the same period last year. The number includes sales of imported cars and sales of Toyota’s two local joint ventures; FAW-Toyota and Guangzhou-Toyota. The rise in November marks the third month of consecutive sales growth for Toyota in China.

Sales over January-November stand at 809.000 cars, up 7.9% compared with 2012. Toyota has predicted sales of 900.000 cars in China this year and that goal seems within reach if sales continue to be strong in December. Toyota will be helped by the new Toyota Yaris L and the new Toyota Land Cruiser Prado that were launched on the China car market earlier this month. Sales of both cars will start counting in December.

Sales for 2014 are hard to predict considering the unstable relations between China and Japan. A renewed spat over the Diaoyu/Senkaku islands can easily result in lesser sales or even a boycott. When it comes to new cars Toyota doesn’t have too much coming; the China-made Toyota Highlander will be launched and the Toyota Porte and Spade are expected to make their debut.