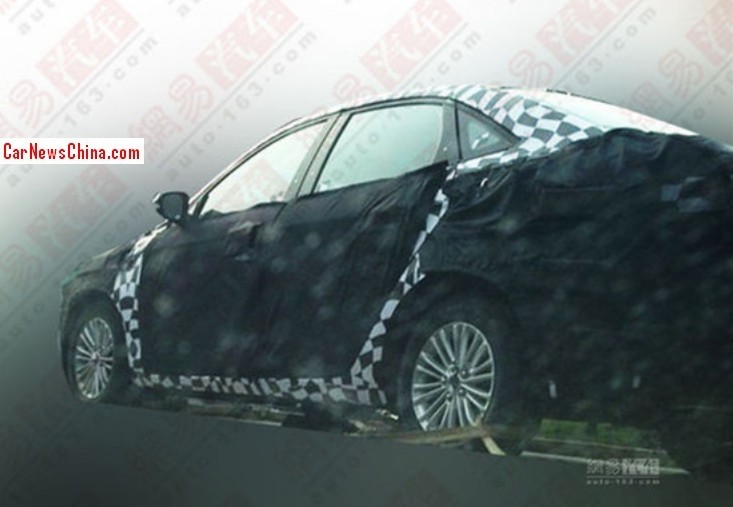 The very first spy shots of the new Ford Escort testing in China, seen here heavily camouflaged on a flatbed truck. The new Ford Escort debuted as a concept on the 2013 Shanghai Auto Show. The production version will debut on the Beijing Auto Show in April and it will be launched on the China car market in the second half of the year. 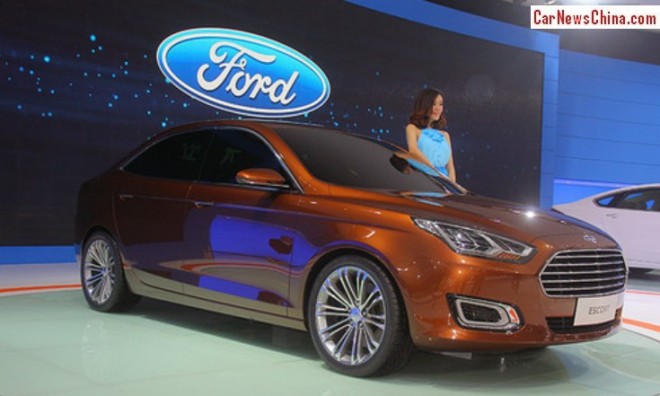 New news about names: earlier on we heard the Chinese name of the Escort would be ‘Yachite’. New reports in Chinese media indicate Ford has also registered ‘Furuisi’ (福睿斯) for the Escort. Which name Ford will eventually use is however yet unclear. The new Ford Escort will be made in China by the Chang’an-Ford joint venture. 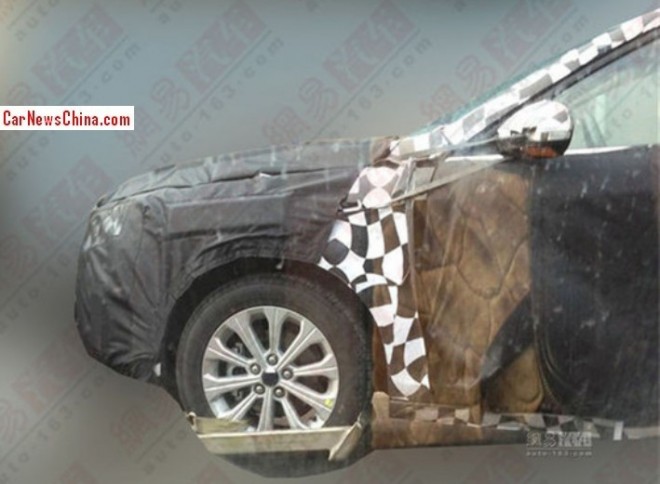 The new Ford Escort is based on the current China-made Ford Focus Classic, which is a slightly dressed up second generation Ford Focus. The Ford Escort will technically replace the Ford Focus Classic and will be positioned under the current third generation Ford Focus. The Escort however will be powered by different engines than the Focus Classic. Engines available will be a 1.3 and a 1.5, both borrowed from the China-made Ford Fiesta. Some Chinese media say the 1.0 3-cylinder Ecoboost will become available as well.