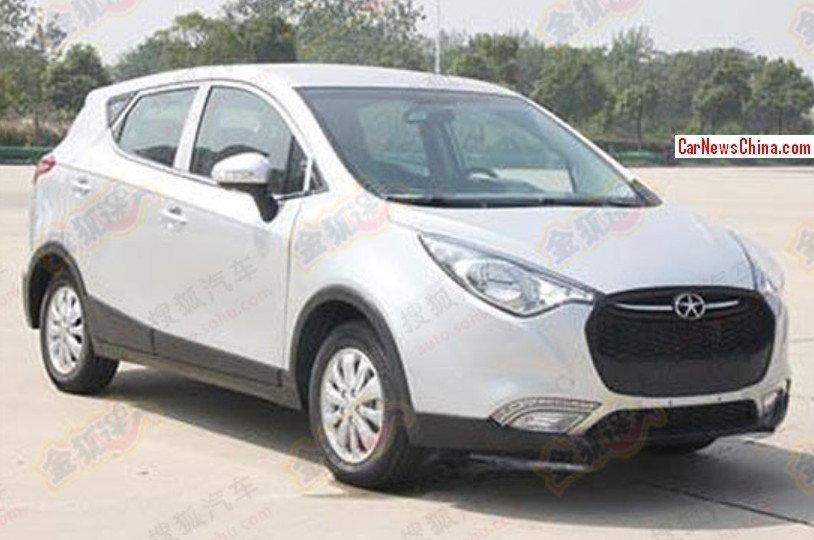 Spy Shots showing the production version of the JAC Heyue S30 SUV. The Heyue S30 debuted as a concept on the 2013 Shanghai Auto Show, the production version will debut on the Beijing Auto Show in April and it will be launched on the China car market around the same time. All local Chinese automakers use small tires as a cheap way to bring fuel consumption down, and JAC is the new champion, look at those wheels being ridiculously miniscule in the arches. 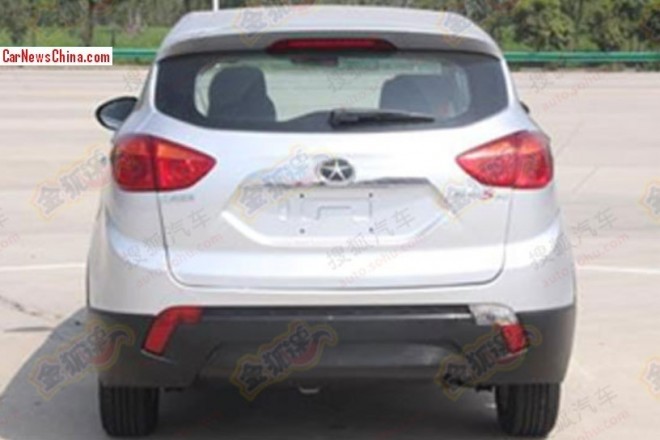 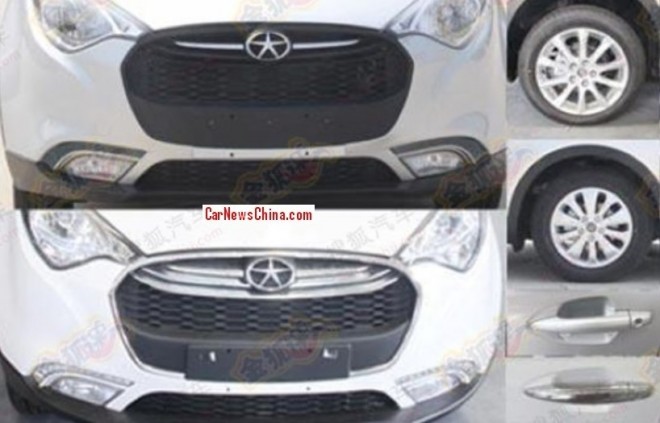 Buyers can choose for more chrome in the grille. They will.