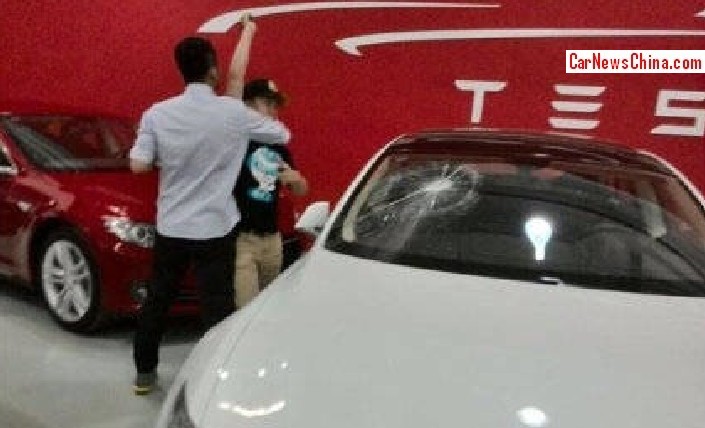 A new Tesla owner in China smashed the windshield of a brand new Tesla Model S on Friday, just minutes after delivery of the vehicle in the Tesla store in Beijing. The man, a certain Yu Xinquan from the remote Inner Mongolia Province, was angry because he believed his Tesla arrived much too late. We joint the action just after the first hit. Mr. Yu, wearing a hip ensemble, is getting ready for a second hit but a Tesla employee tries to stop him. 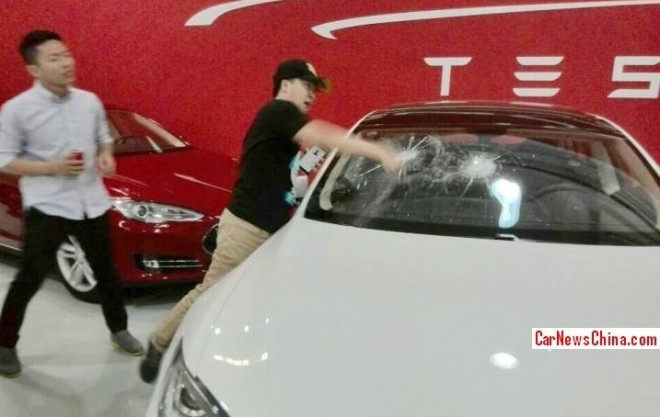 But Inner Mongolians are a rough sort and Yu didn’t have much trouble getting rid of the Tesla man. He smashed a second, a third, and a fourth time, using a small glass-breaking hammer, a device more commonly used to escape out of a car. Yu ordered his Tesla in October last year and paid a 250.000 yuan deposit on a 852.500 yuan car (140.000 USD). His car was delayed for several times for several reasons, the last time last week when Yu’s car was held up at Chinese customs because Tesla made a mistake with the VIN-number. 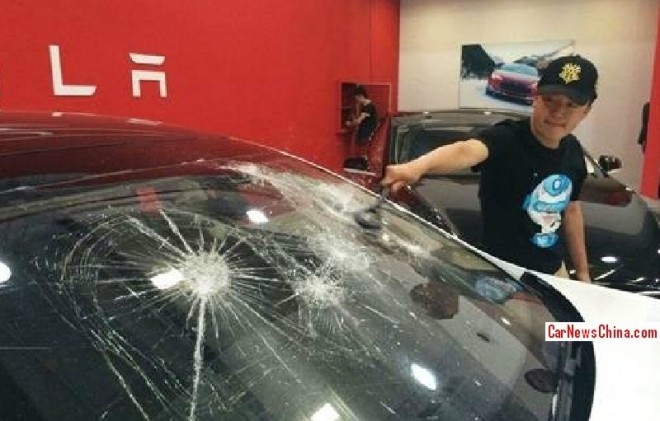 He was also the leader of a larger group of Tesla buyers suffering similar long delays. The group was granted an audience with Elon Musk himself during the 2014 Beijing Auto Show in April. Musk promised fast delivery but it all took another two very long months, apparently unacceptable for Yu. Next time, he better go gray import. 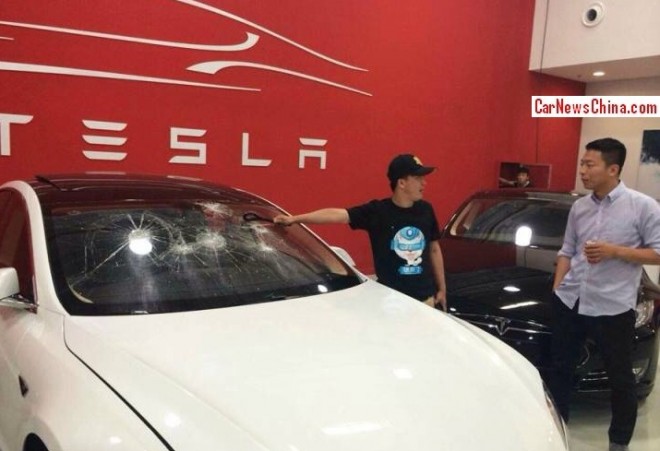 Interestingly, the lone Tesla worker seems all alone indeed. Once would expect a massive effort by Tesla employees to stop an act like this, but they might have been afraid to be smashed too. 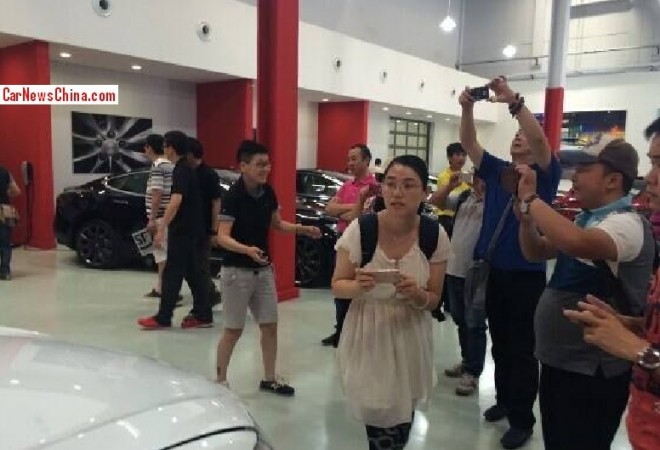 Other new Tesla owners and a few journalists, where are the Tesla people..?

It is yet unclear whether Yu still wants his car, and who will pay up for the damage. We will, keep you posted.