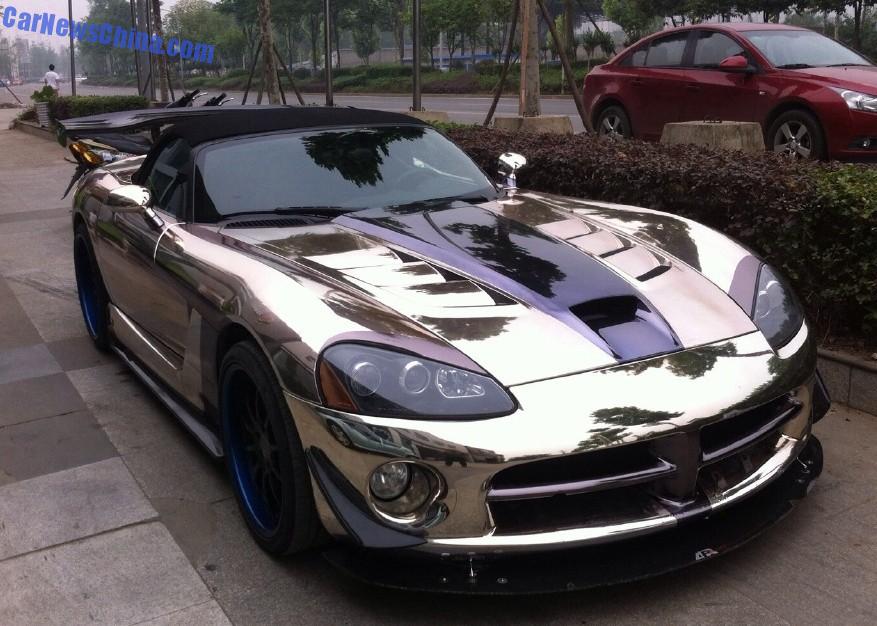 A very speedy Dodge Viper SRT10 ACR Roadster, Spotted in China in the great city of Chengdu in Sichuan Province by TFCSC. The ferocious Viper is wrapped in an eye killing BLING shiny silver wrap, and further poisoned up with a black racing stripe on the bonnet, black windows, a black convertible roof, and matte black multispoke alloys with blue rims. 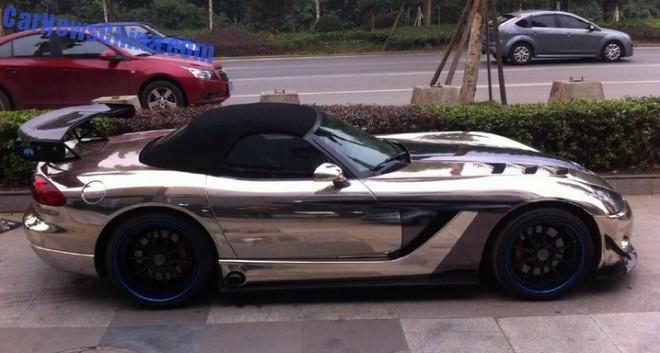 The fourth generation Dodge Viper, commonly called ‘Dodge Viper SRT10’, was manufactured from 2007 until 2010. The ACR was a track-oriented performance version with sporty suspension, extra wings, and reduced weight. The ACR Roadster is basically a base SRT10 with a factory-fitted ACR aero package, it was not intended for the track, but nobody says it isn’t fast… 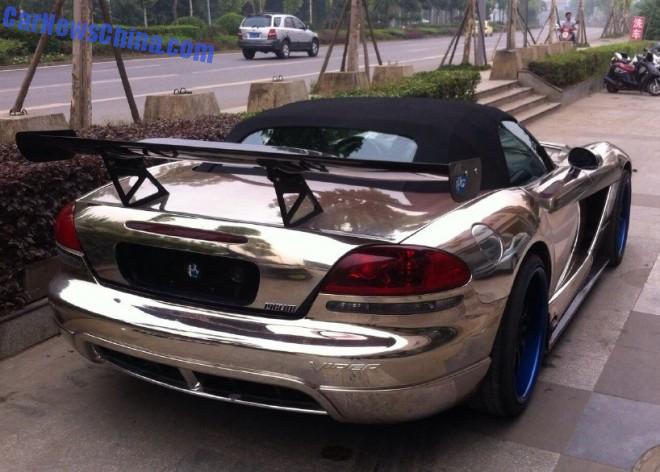 Power comes from the 8.4 liter V10 petrol engine with 600hp and 760nm, mated to a six-speed manual. Top speed is 325 kilometer per hour and 0-100 is gone in 3.6 seconds. Fast Snake! The Dodge Viper was never officially exported to China but some cars arrived via the gray market or other misty channels. This Chengdu car is by far the flashiest of them all, may she shine for a many years more.