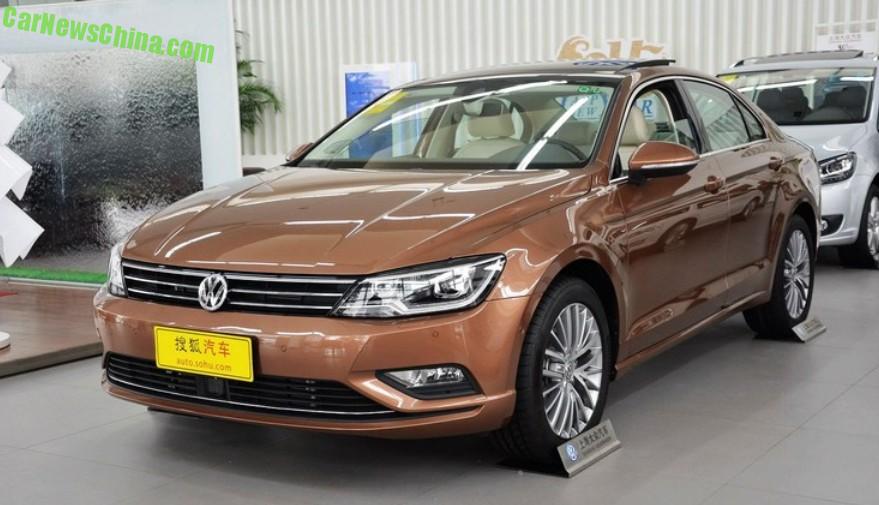 The new Volkswagen Lamando has been launched on the Chinese auto market, seen here in tasty brown at a Volkswagen dealer in China. Price starts at 145.900 yuan and ends at 213.900 yuan. The Lamando, formerly known as the Volkswagen NMC, is a sporty CC model based on the same platform as the Volkswagen Sagitar, which is basically a variant of the fifth generation Jetta. 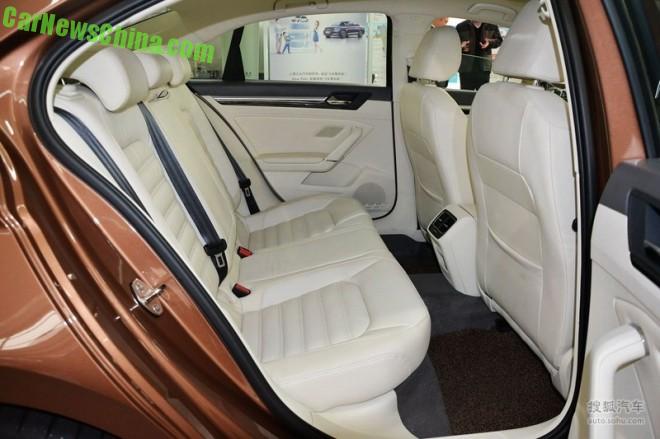 Lots of space for the legs but the heads can’t be too high. White leather goes well with brown mats. 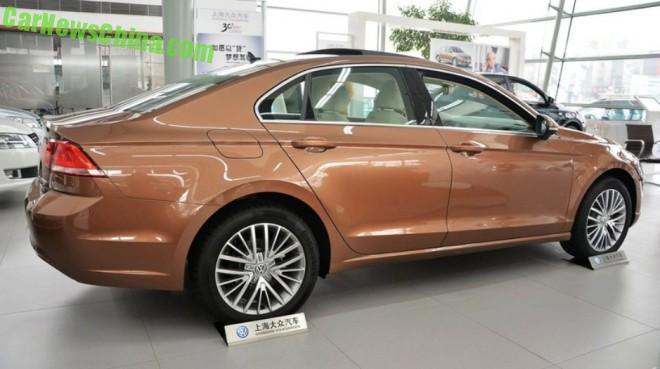 The Lamando is about 40.000 yuan cheaper than previously expected, and that is because Volkswagen has added a low-tech engine to the line-up, which comes as a surprise as the Lamando is marketed as a high tech premium car.

The Lamando is manufactured in China by the Shanghai-Volkswagen joint venture. 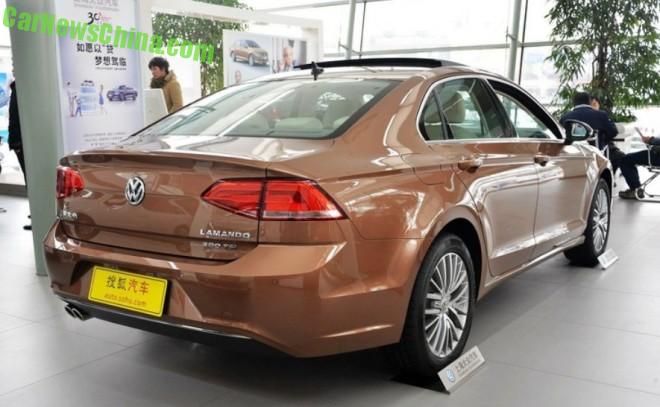 Absolutely a beautiful car, but it should be red and have more wings. Needs some excitement! 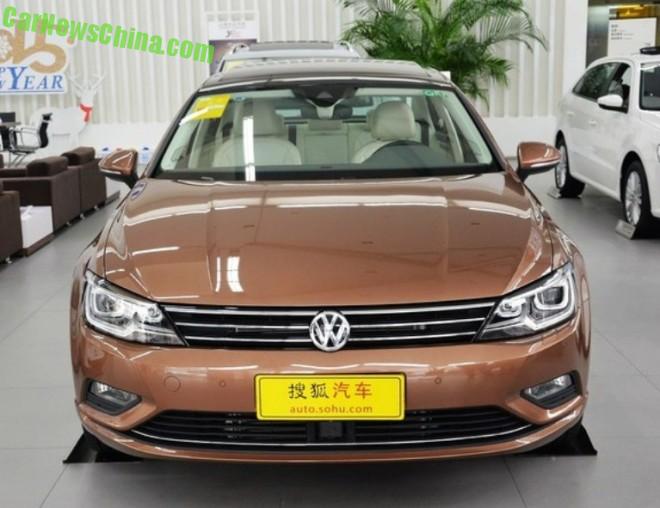 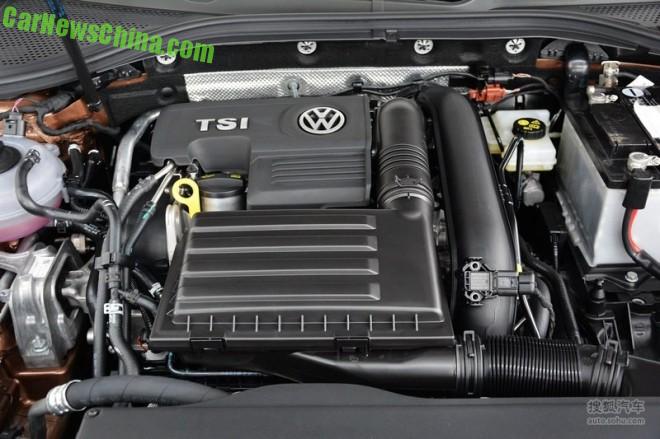 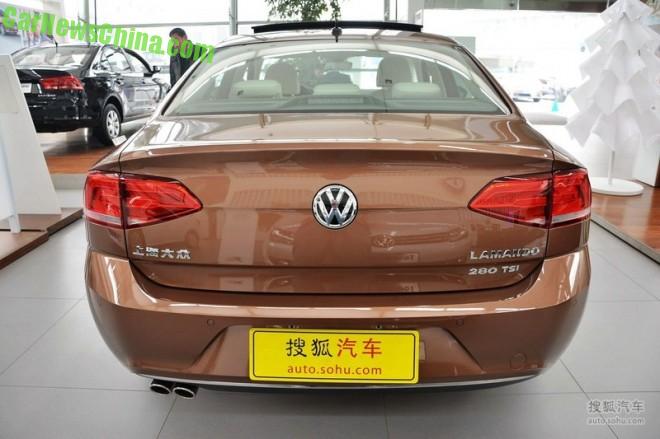 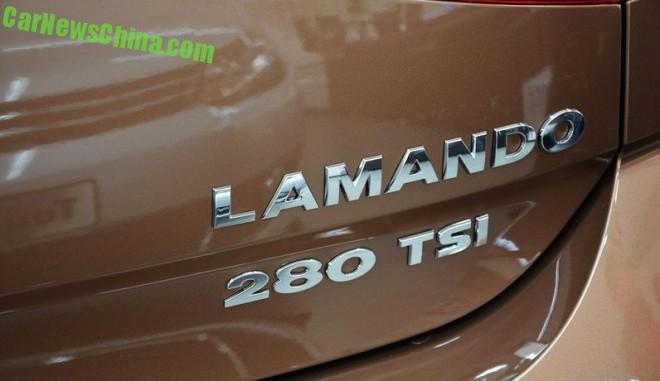