This is the Kia KX3 SUV for China 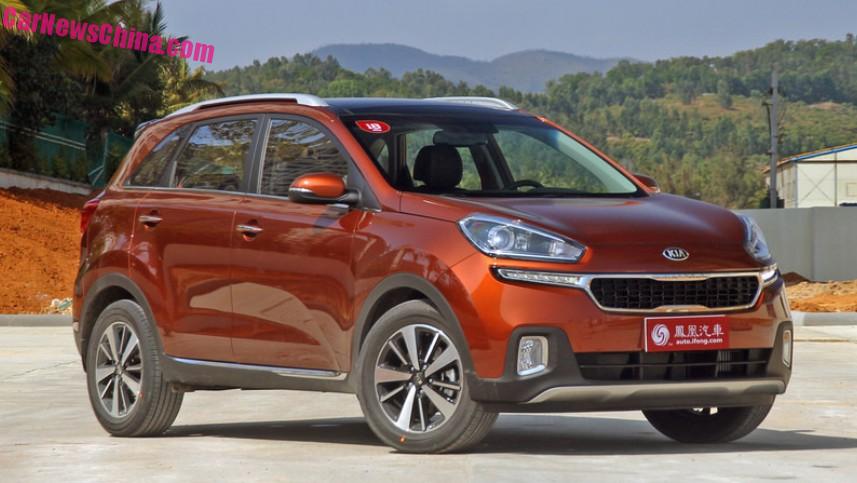 This is the new Kia KX3 SUV, and like so many automakers in China Kia couldn’t resist to give the KX3 an additional stupid name: Ao Pao (傲跑), best translated as ‘Proud (to) Run”. The full name of the vehicle is thus Kia K3 Ao Pao. It isn’t very catchy in Chinese either. The KX3 Ao Pao will be launched on the Chinese car market in March , price will start around 110.000 and end around 170.000 yuan.

The K3 Ao Pao is a new China-only compact SUV based on the same platform as the Hyundai ix25, but aimed at a younger and hipper audience. The KX3 debuted as a concept on the 2014 Guangzhou Auto Show. It is is developed for battle with other compact SUV’s like the Ford Ecosport, Peugeot 2008, and Chevrolet Trax. The segment is booming in China and every automaker is scrambling to get in as fast as possible. The KX3 is made in China by the Dongfeng-Yueda-Kia joint venture. 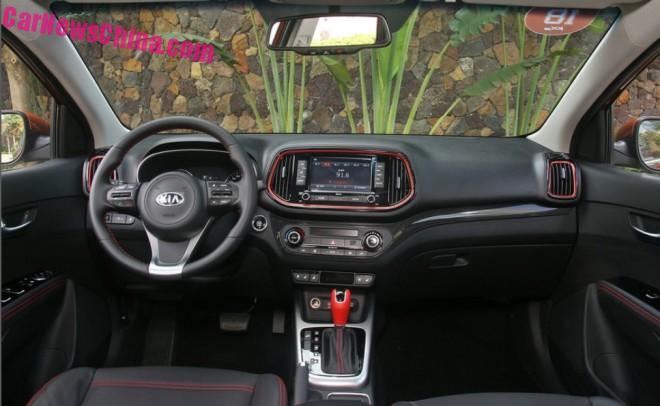 The interior is ultra hip, in a way Chinese-Korean cars can be hip. The hipness comes from red detailing and stitching, and from a large driver-focused LCD screen in the center console. 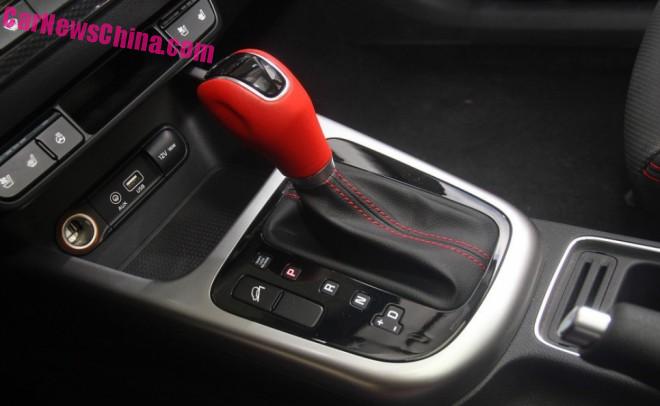 Best part of the redness is the gear knob.

Interestingly, those buyers are mostly older, and thus not the market Kia says it is aiming for. There is more odd. The 1.6 and 1.6T are only FWD, and the 2.0 is FWD or AWD. Transmissions then: the 1.6 and the 2.0 come with a 6-speed manual or 6-speed automatic, and the 1.6 turbo comes with a seven-speed DCT. It all doesn’t make too much sense… 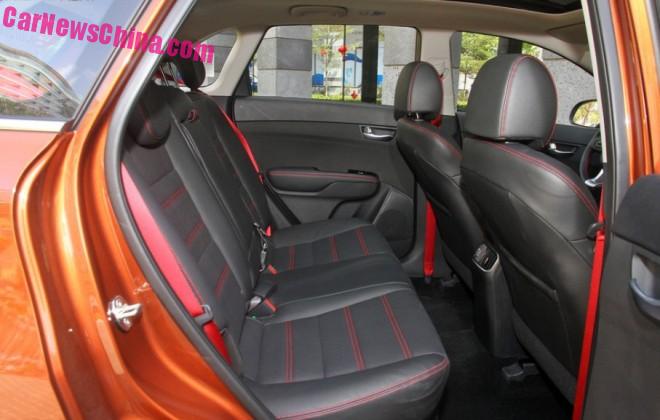 Hip theme continues in the back, and even the seat belts are in red. 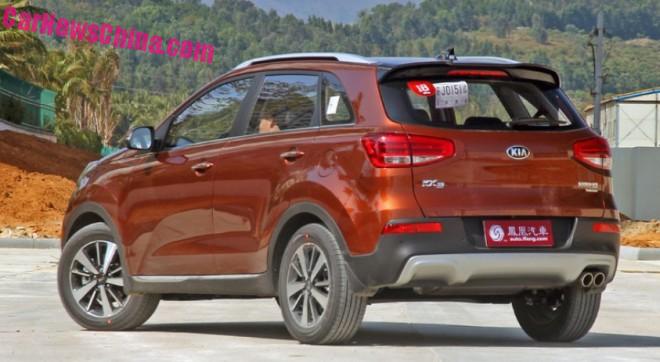 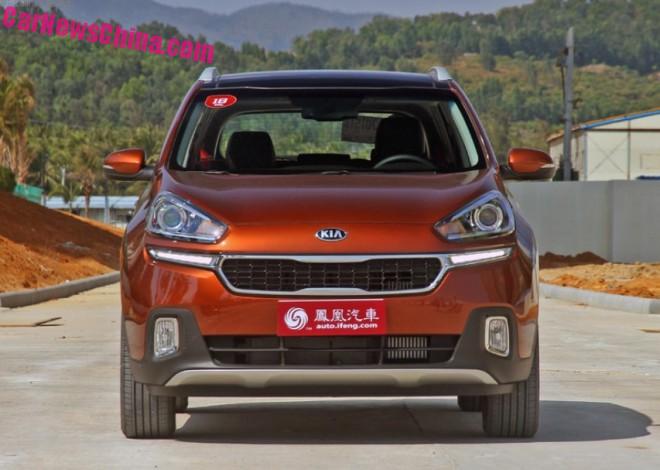 The front is the most daring part of the Kia KX3, looking somewhat angry. LED lights on each side of the grille remind us of the front light of the new Jeep Cherokee, and that is not necessarily a good thing. Square fog lights clad in plastic are trying a tad too hard to be hip, mismatching completely with the rest of the design. 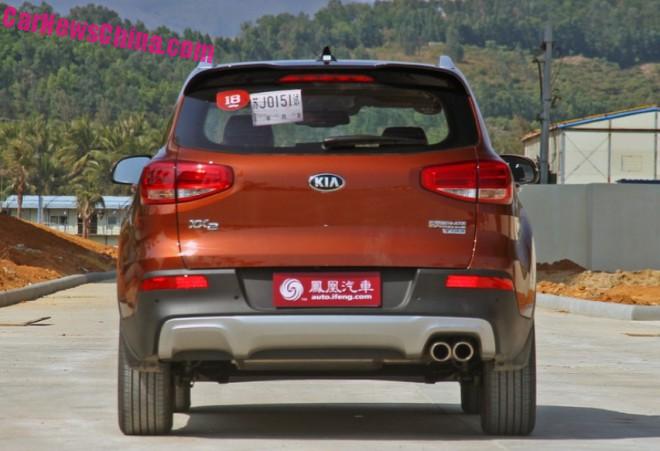 The exhaust pipes are on the right. Kia designed an open space in the bumper so the exhaust pipes can pipe out. On the left side however there is another such space but without exhaust pipes. Just sitting there being ugly and useless. Citroen is doing a similar thing on the new Citroen C3-XR. Otherwise a fine ass.