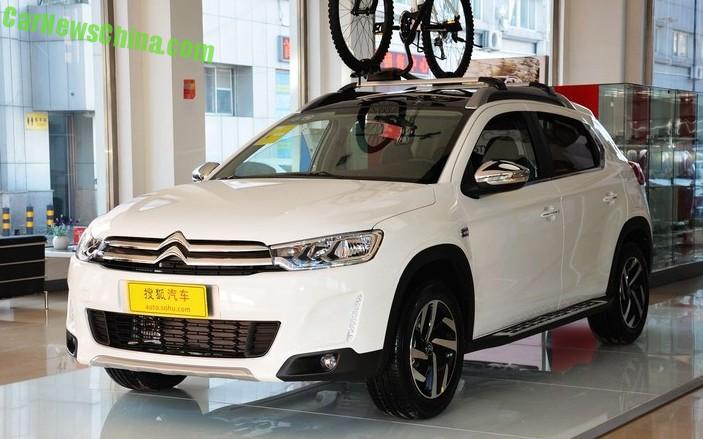 The new Citroen C3-XR SUV has been launched in China, seen here at a Citroen dealer with a single mountain bike on the roof, trying hard to be suburban-cool, but also proving that the roof rack is actually useful, which is a laudable thing. Hello Qoros! Price for the C3-XR starts at 108.800 yuan and ends at 171.800 yuan ($17.500 – 27.700). The C3-XR is a new China-only compact SUV. It debuted as the C-XR concept on the 2014 Beijing Auto Show in April and the production version debuted in May in Paris.

Should have another bike, got enough space, and mountain biking ain’t no fun alone. Wheels are tiny but alloys are cool, and I really like how the roof rack morphs into the C-pillar.

The Citroen C3-XR is manufactured in China by the Dongfeng-PSA joint venture. There are two four-cylinder petrol engines available: a 1.6 with 115hp and 150nm, and a 1.6 turbo with 163hp and 245nm. The 1.6 will be mated to a five-speed manual or a four-speed automatic, the 1.6 turbo will be mated to a six-speed manual or a six-speed automatic. Power goes to the front wheels only. Size: 4257/1748/1542mm, wheelbase is 2655mm. The C3-XR is based on a stretched variant of the platform that underpins the Peugeot 2008. 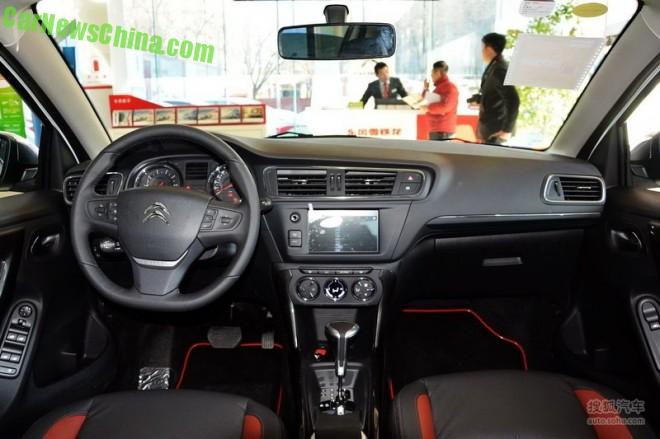 Trendy dash with a flat bottomed steering wheel, a gear lever with a giant knob, some subtle chrome detailing, and a reasonable sized LCD touch screen. The only dissonant are the controls for the aircon which don’t really match with the rest of the design, but that was probably intentional. Red-on-black color scheme very kinky, especially these floor mats, fitted with a thick red rim. 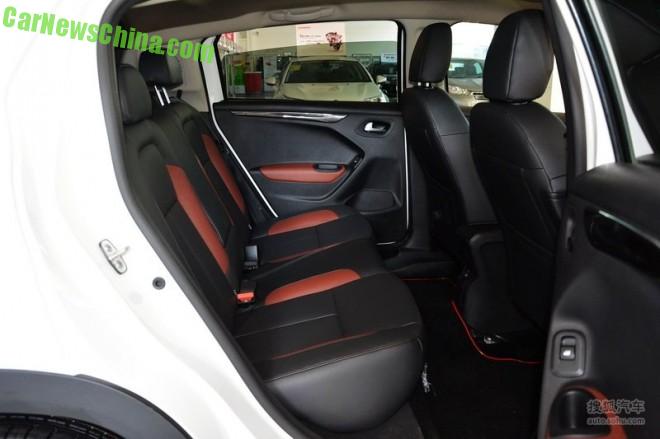 More kinkiness in the back where the red-black theme continues. Seats are flat to the max. The inside door handle is impossibly small. Only for kids… 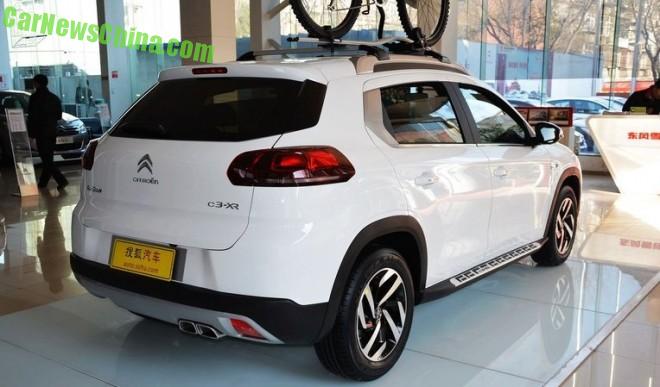 The Citroen C3-XR enters the compact SUV segment just at a time when it is booming like there is no tomorrow, with automakers of all kinds scrambling to throw new cars on the market. The C3-XR has a fair chance. It looks trendy, comes with powerful and trendy engines, and the price seems perfectly right. But! There is one thing going against this new Citroen, hard against..: 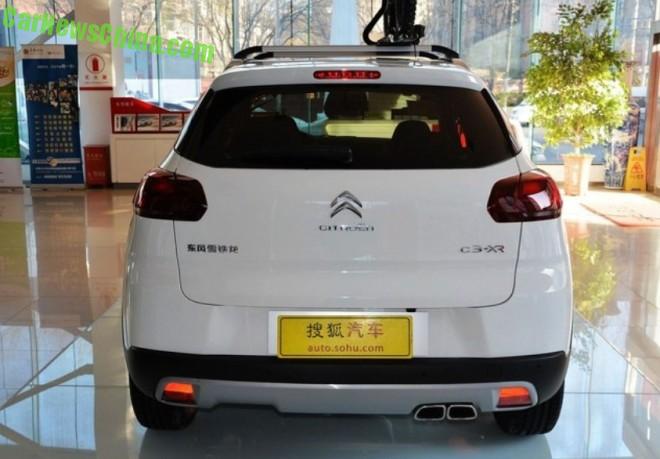 And that is the bumper-exhaust pipe ensemble. On the right a twin-exhaust pipe in a specially spared area. On the left just such an area again, but without any pipes. That is disturbing and ugly. Why cut a bumper for nothing? What else did they cut what we don’t see? 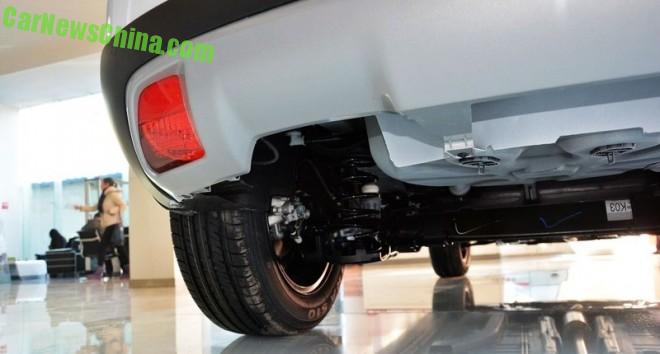 Nothing there. The horror! And that plastic looks pretty cheap. 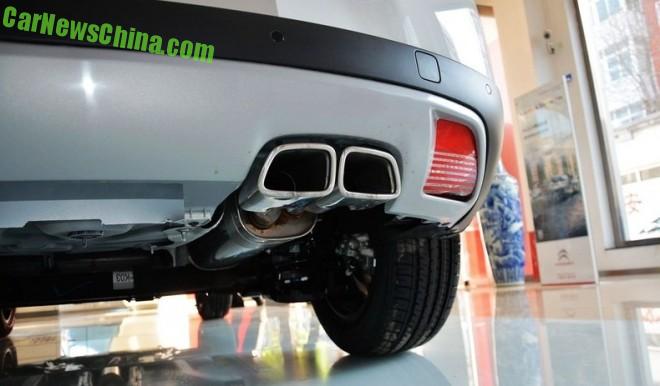 At least they managed to keep the muffler in check. Hello Ford! 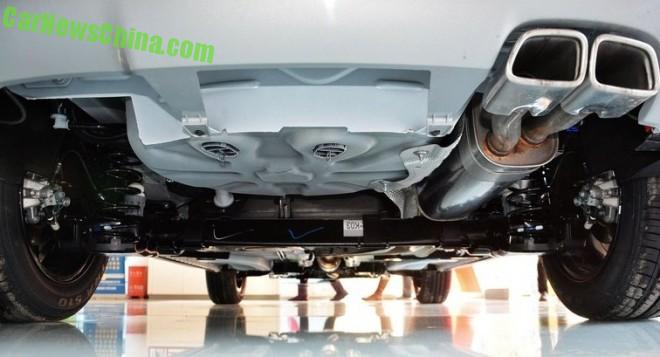 Just plain weird. Let’s hope they change it at the first possible opportunity, like tomorrow. 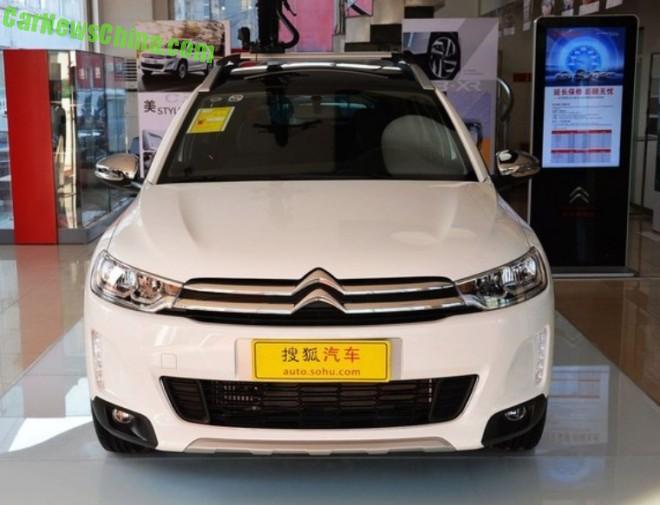 Fortunately it loox very pretty at the front with a fat-chromed grille, nicely sized lights, and a low-slung spoiler.