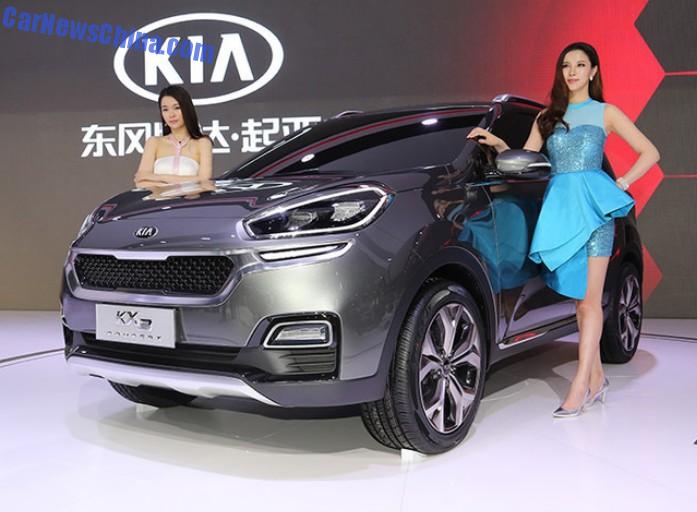 This is the new Kia KX3 concept, unveiled on the 2014 Guangzhou Auto Show in China. The Kia KX3 is a China-only compact SUV, developed to battle with cars such as the Ford Ecosport, Peugeot 2008, and Chevrolet Trax. The KX3 will be launched on the Chinese car market in the first half of 2015. 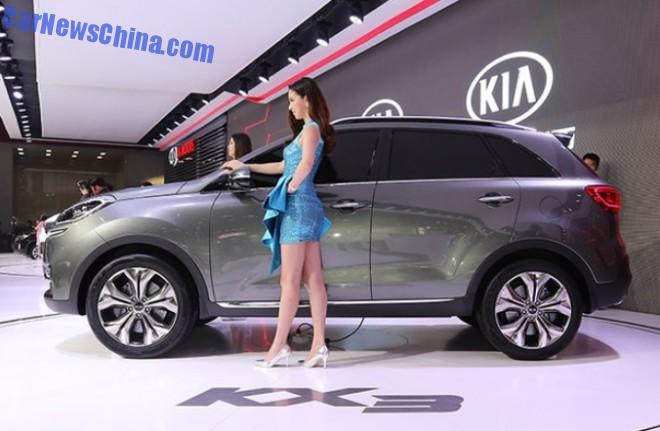 The new SUV is based on the platform of the China-only Hyundai ix25, which in itself is based on a slightly stretched variant of platform underpinning the Kia Soul. The KX3 will be made in China by the Dongfeng-Yueda-Kia joint venture. Price will start around 110.000 and end around 170.000 yuan.

Design very trendy with a broad shoulder, lots of black plastic, exhaust pipes integrated in bumper, a black rood spoiler, a usable rood rack in matte chrome, and a great ass. Power will come from two four-cylinder petrol units: either a 1.6 with 123hp and 151nm, or a 2.0 with 158hp and 192nm. Both engines are mated to a six-speed manual or a six-speed automatic. The 1.6 will be FWD only, the 2.0 FWD or AWD. 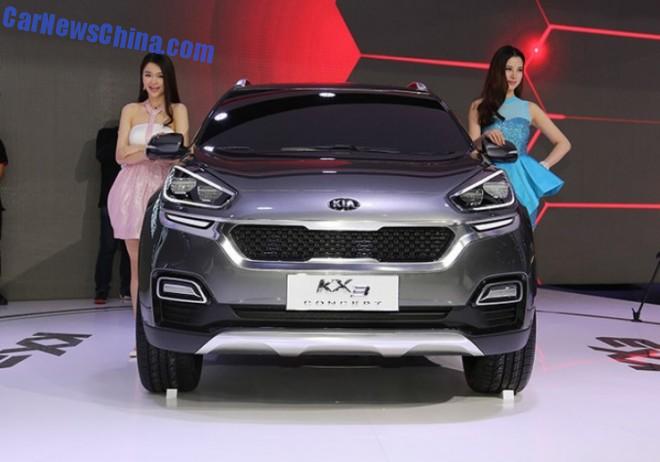 A daring design up front with sharp headlights, a low lying bonnet, and a huge skid pad. This thing is ready for the mountains! 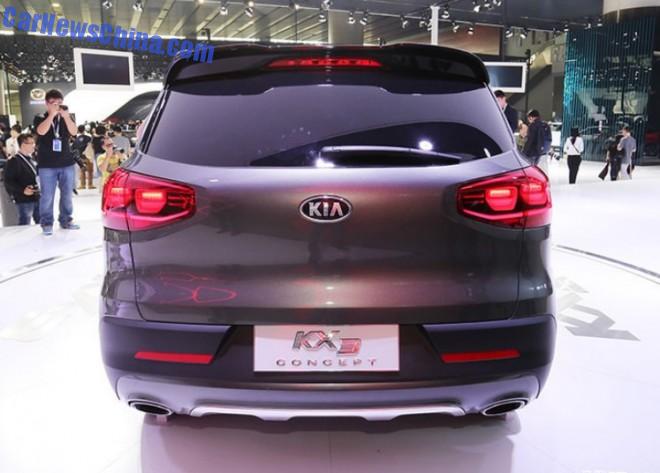