The very first Spy Shot showing the new Geely Emgrand Cross completely naked in China, revealing a classy crossover-ish hatchback with heavy chrome elements in the front bumper. And we can confirm the vehicle will indeed be called Geely Emgrand Cross instead of Geely Cross, further proving that the Emgrand brand is back from almost-death. 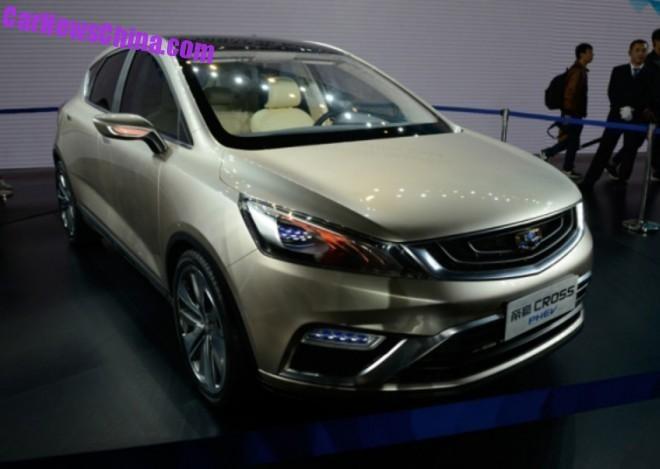 The Emgrand Cross debuted as a concept on the 2014 Beijing Auto Show. Most notable differences are at the headlights, the mirrors, and the bumper. 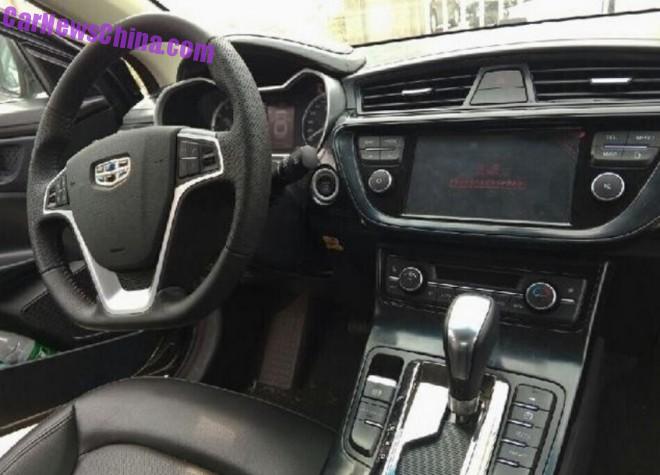 A fine interior with loads of buttons, a sporty instrument binnacle, a flat bottomed steering wheel, an electronic parking brake, and a large screen for the infotainment system. The vehicle on these photos is likely top-spec, earlier on we saw other spy shots with a dash without a screen. 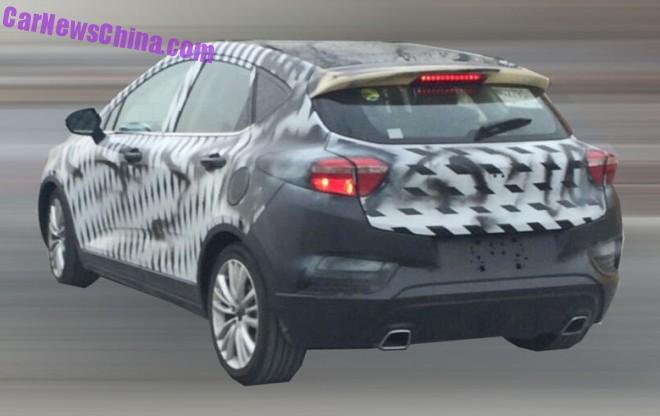