This is the Beijing Auto Huansu S6 SUV for China 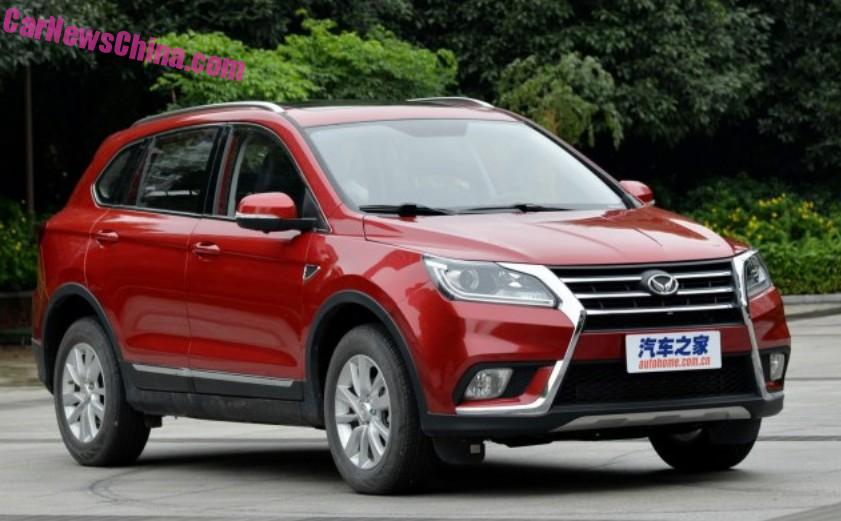 This is the new Beijing Auto Huansu S6 SUV for China, looking fresh as an apple in red and featuring a shiny Lexus-style grille. The Huansu S6 will be launched on the Chinese car market later this month. Price will range from 90.000 to 110.000 yuan.

At launch the Huansu S6 will only be available with one engine: a 1.5 liter turbo four with 150hp and 215nm, mated to a six-speed manual transmission, sending horses to the front wheels. In 2016 a 2.0 turbo with 204 hp and 280nm will join the line-up. This engine will be mated to a CVT sending power to all four wheels.

The Huansu S6 stands on the same platform as the Beijing Auto Senova X65. Huansu (‘Magic Speed’) is a new sub brand under Beijing Auto. The S6 will be their third car after the Huansu S2 and Huansu S3.

The Huansu series are manufactured by Beiqi Yinxiang Automobile, a joint venture between the Beijing Auto (Beiqi) and the Yinxiang Motorcycle Group. 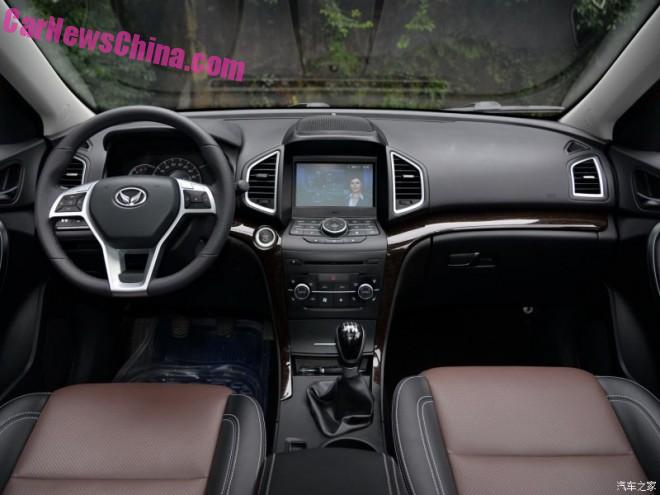 A very nice interior with two-tone leather seats, lots of shiny fake wood, a sporty steering wheel, and a large sized screen for the infotainment system. 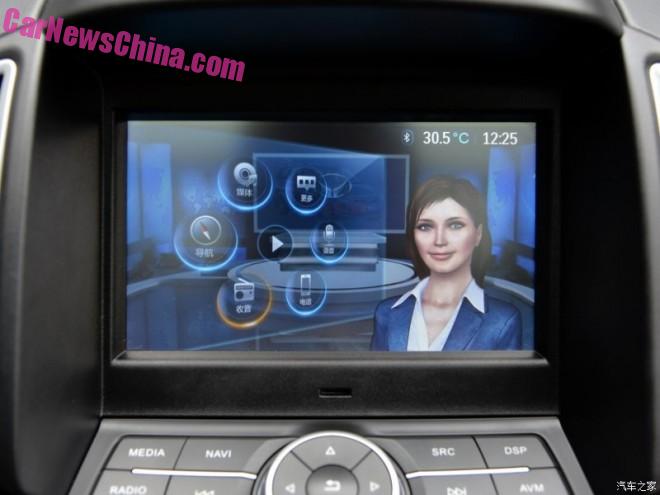 The system comes with a very sexy white-nose digital assistant wearing a blue suit. The system has radio, internet, an MP4 video player, telephone connectivity, and satellite navigation. The system also controls the rear-view camera and the air conditioning. 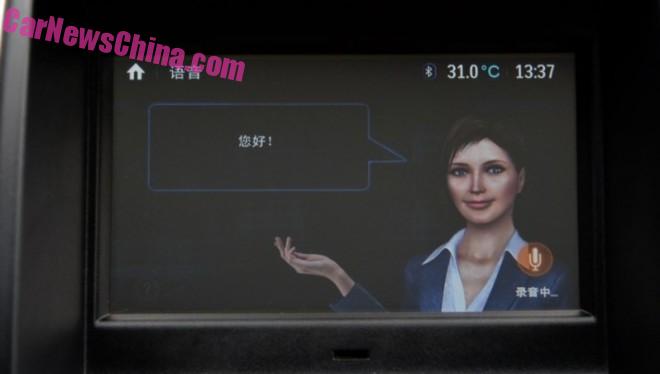 She can talk without opening her mouth! Here she says ‘nin hao’, a polite form of ‘ni hao’, best translated as ‘how are you doing’. 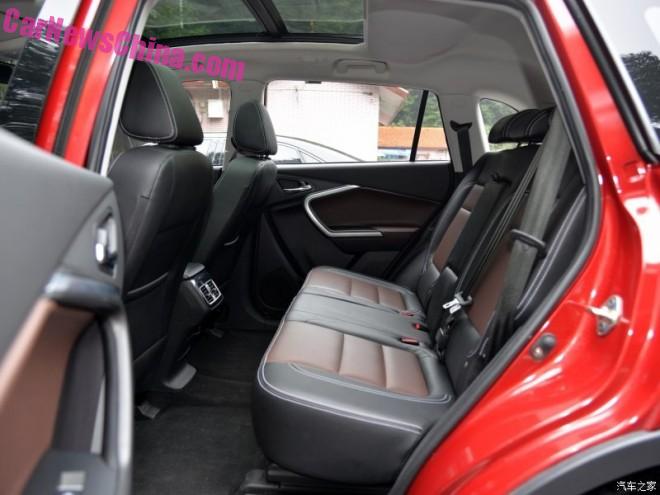 Enough space in the back for three. Panoramic sunroof. 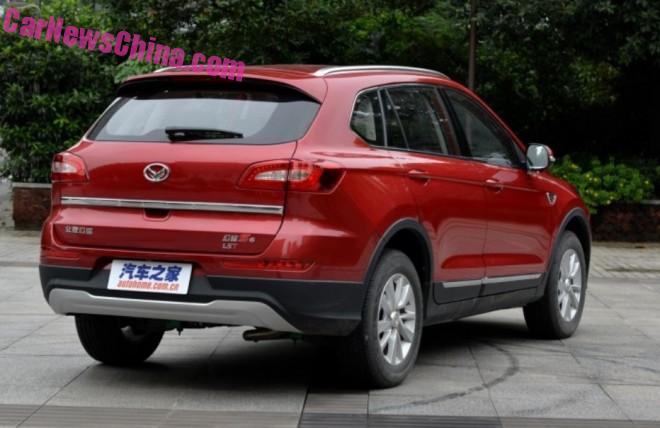 That rear suspension is a bit too visible below the bumper. Otherwise a fine looking ass with trendy small taillights, a trendy small rear window, and a large rear spoiler. Not all is good however. The chrome strip swims in emptiness, not connecting anything with anything, and the roof rails appear to be useless. 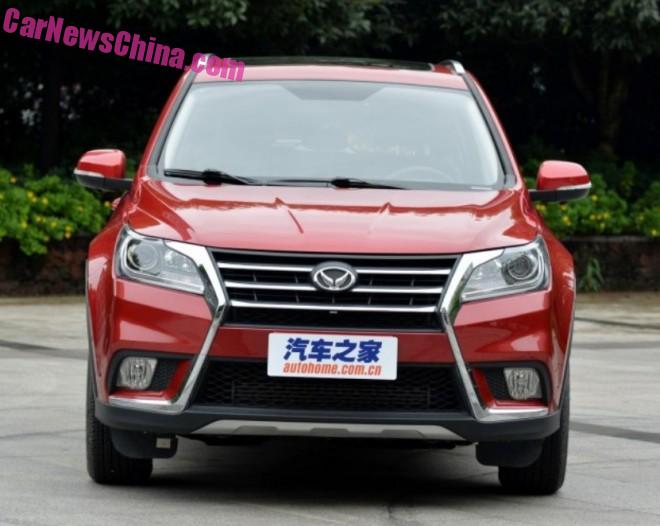 Shiny grille is good. Huansu logo in the center. 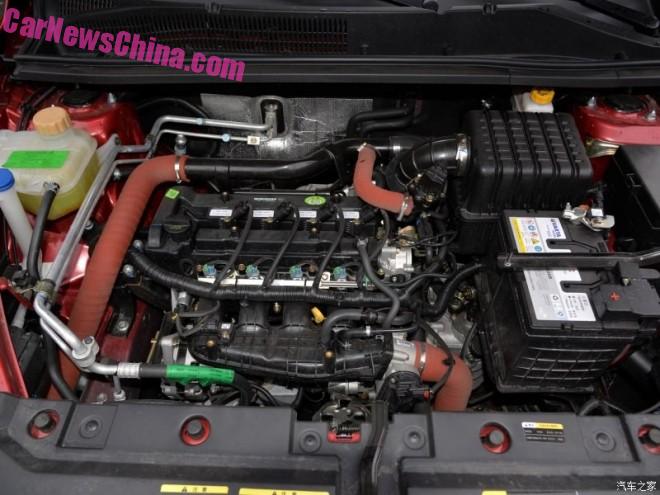 The 1.5 without the engine cover. 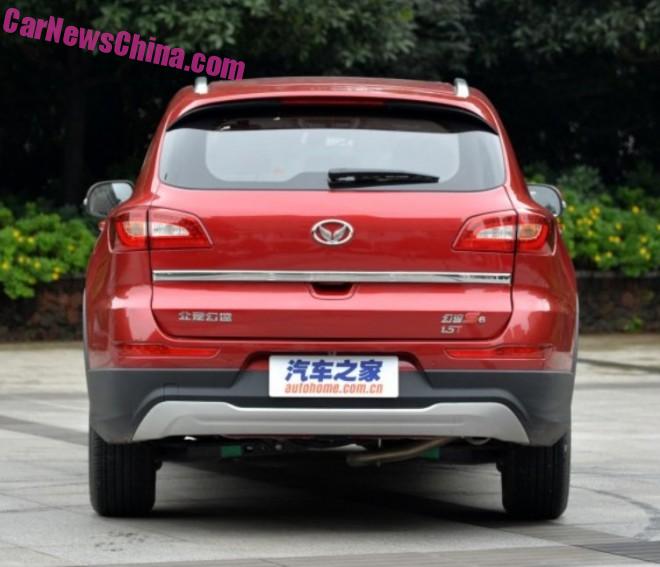