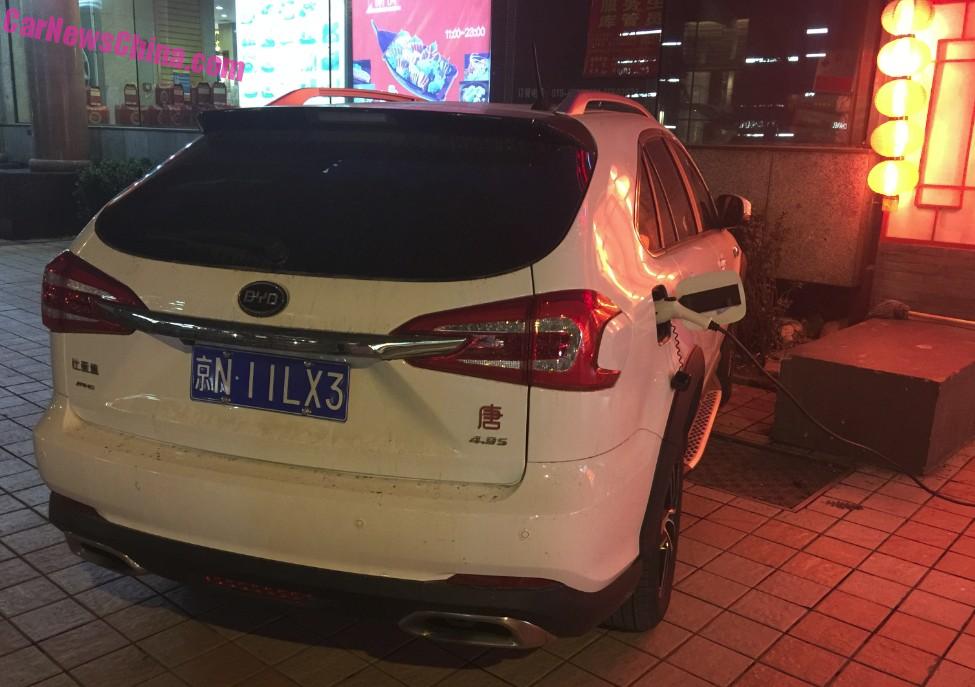 A super sonic BYD Tang SUV, Spotted in China at a restaurant in Beijing by Reader Lao Wei, thank you for the pictures! The Tang is getting powered up to get ready for another speedy hybrid ride. The BYD Tang launched on the Chinese car market in June, but they are still rather rare in the capital.

Red character is ‘Tang’, referring to a famous Chinese dynasty. 4.9S refers to the Tang’s 0-100 time. It is really that fast, with 505 (five-hundred five) horsepower combined. 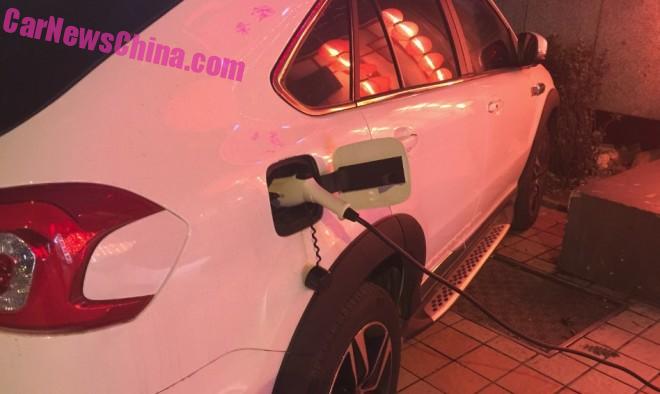 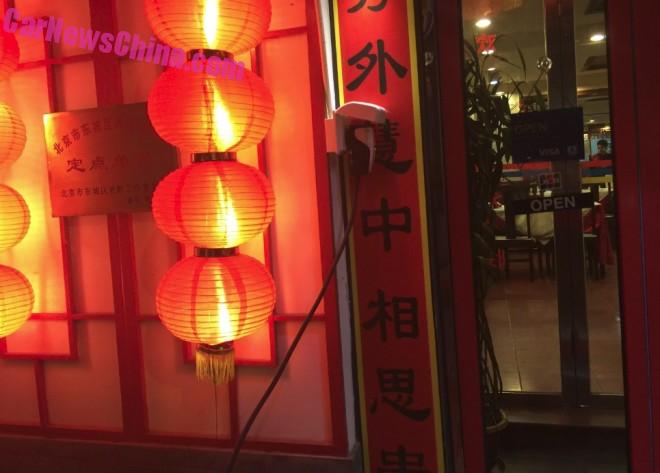 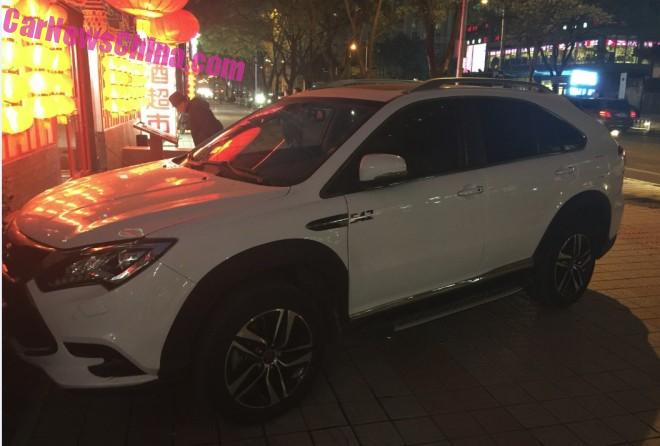 A monster of car with aggressive body work and darkened windows. Wheels could be a bit bigger. Note ‘542’ badge on he door. It has a lot of meaning, somewhat fuzzily: BYD calls the underlying tech of the Tang ‘542 Technology’ (542技术), and that is marketing thingy.

The five stands for ‘acceleration under five seconds’, the four stands for ‘four-wheel drive’, and the two stands for the fuel consumption of ‘2 liter per 100 kilometer’. The acceleration of course is 4.9 seconds, which we know, because there is that badge on the back. No matter that much, the Tang is just too cool.