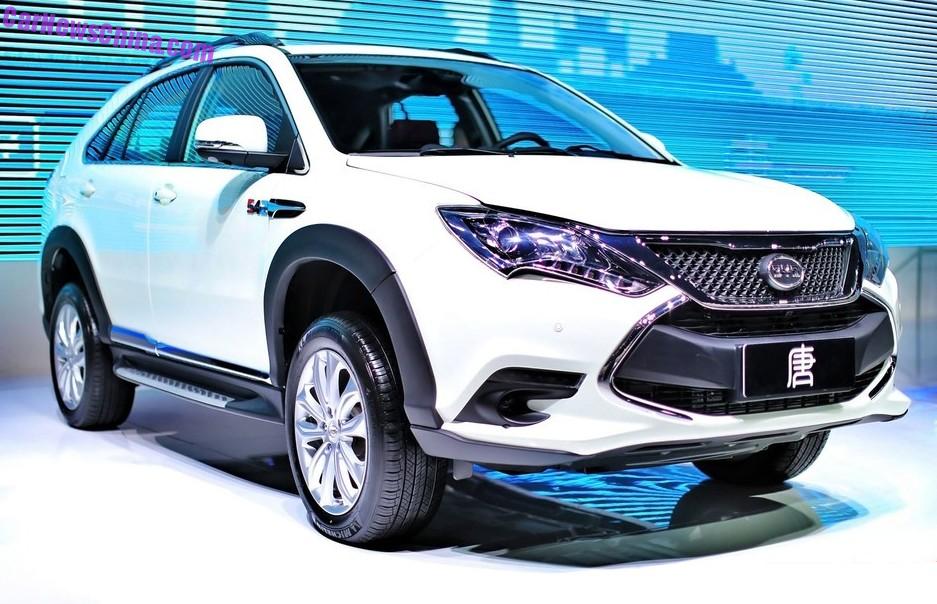 The brutal BYD Tang SUV has finally launched on the Chinese car market. And if there ever is one car that deserves the be called ‘game changer’, this is it. The Tang is a super speedy hybrid with a combined output of 505 (five-hundred five) horsepower. The base model sells for 251.300 yuan and the bloodily crazy but limited-edition Ultimate Edition goes for 518.800 yuan.

See our full write-up on the power train here. 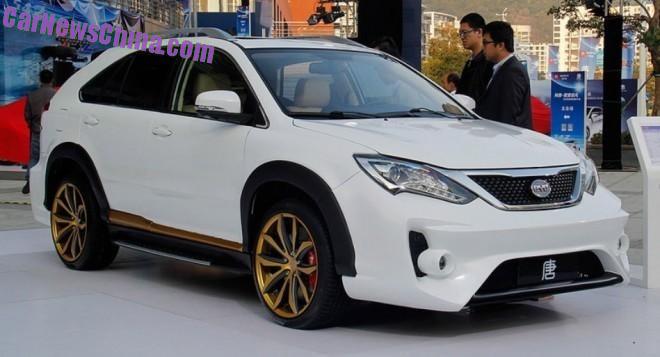 The launch of the wildly winged Ultimate Edition is somewhat of a surprise since we heard earlier on that it was sold out already. Apparently it isn’t. The Ultimate comes with a tuned up variant of the 2.0 turbo, here good for 253hp and 370nm. Output of the electric motors didn’t change. Total output of the Tang Ultimate is thus 555hp and 870nm. The extra power shows in the acceleration; 0-100 is gone is 4.4 seconds! The Tang Ultimate is limited to 200 units. 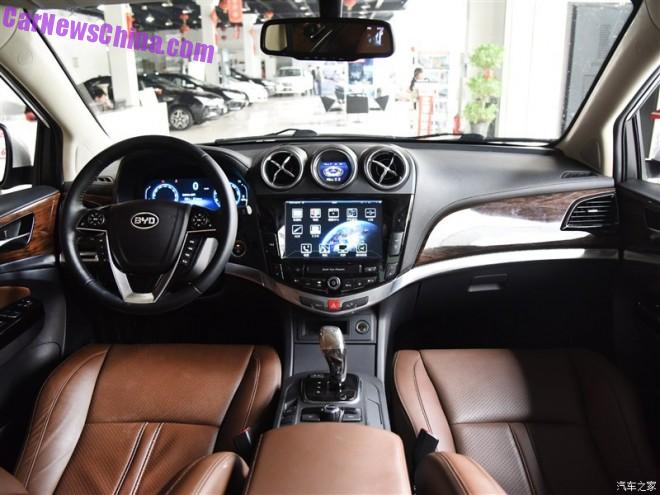 The dashboard is a tech paradise. The instrument binnacle is fully digital, and the screen of the infotainment system is one of the largest of its kind. Brown leather looks classy, combining with real (!) wood panels on the dash and doors. 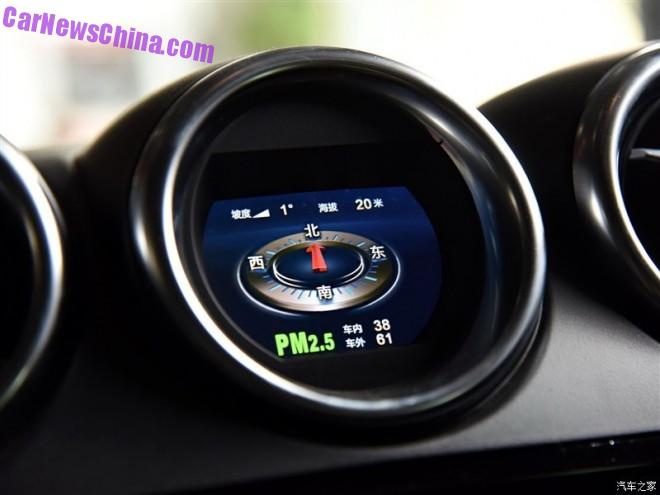 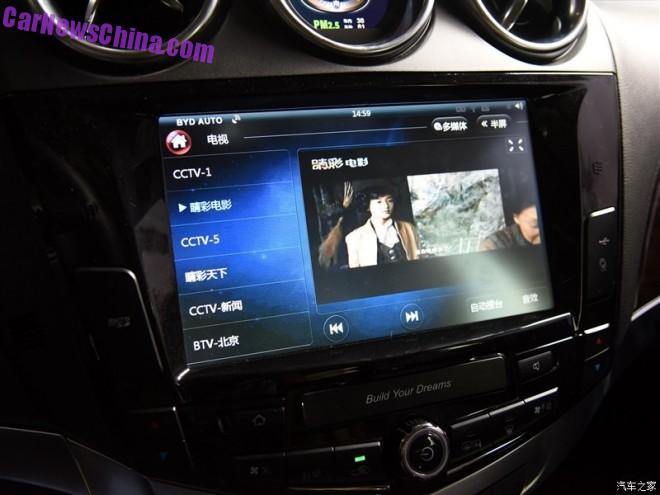 The instrument binnacle. To the left the rev counter for the petrol engine, going up to 6500 rpm. To the right the power meter, going up to 400kW or 536hp. 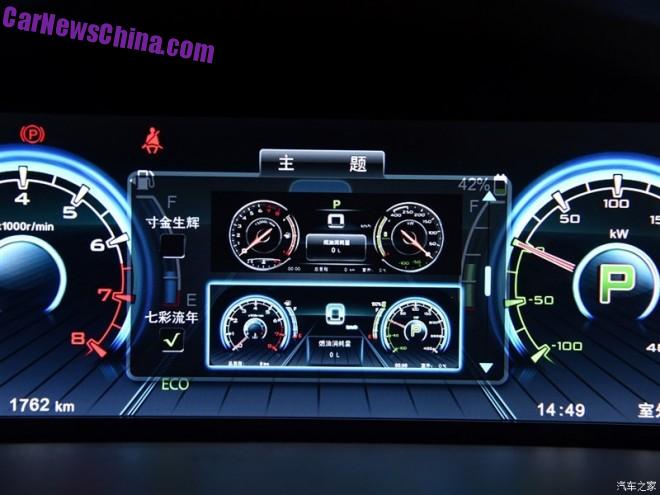 Max distraction mode. On the upper-left another rev-counter, which doesn’t make much sense. Lower-left for the water temperature. Top-right a power-reserve meter, basically the same thing as the power meter, but reversed. And to top it all on the lower right another power-meter, displaying exactly the same as the larger one further to the right. Sure the four smaller dials can be changed to show other stuff, but the two larger dials cannot. Fuzzy… 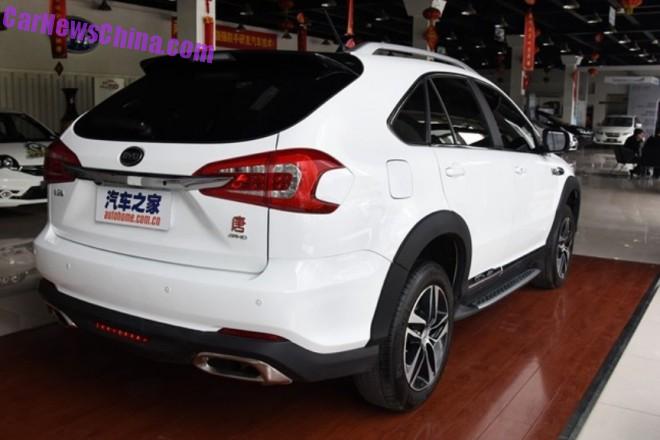 Rear lights with sharp corners, black wing on top of a darkened window, big chromed exhaust pipes, and fully usable roof rails. The wheels are far too small, but all in all this is by far the most interesting car ever to come out of China, bar none, not even this.