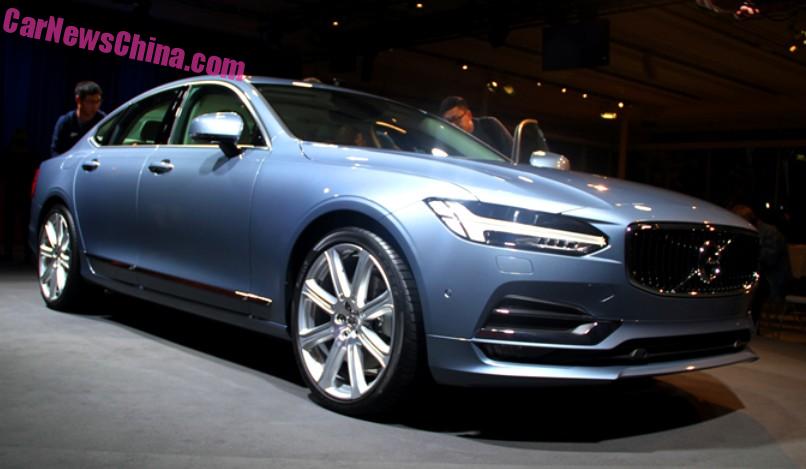 Our favorite toy has finally become real; the Volvo S90 sedan has been unveiled in Sweden. Public debut will happen on the Detroit Auto Show in January and it will come to China for the Beijing Auto Show in April. The Volvo S90, seen here in Liquid Blue, has become quite a beautiful sled, looking very ready to compete with fine cars such as the Audi A6, BMW 5, and the Mercedes-Benz E. 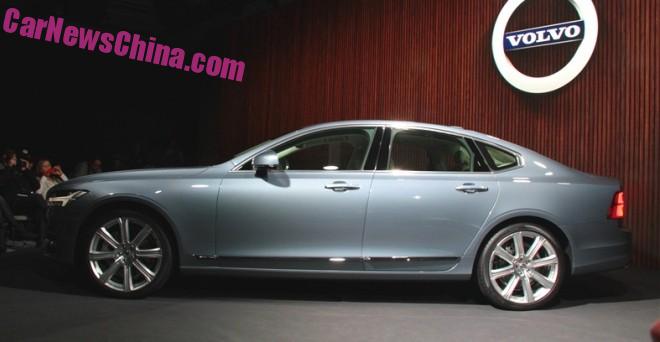 Other engines in the range will include:

Polestar: a super sporty variant based on the T8 with 500+ hp to compete with RS/M/AMG. 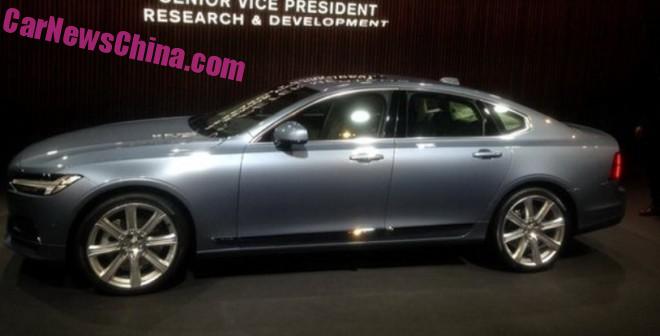 The S90 is the successor of the long running Volvo S80. The S90 will hit international markets in June, followed a few months later by the Volvo V90 Estate.

The S90 and V90 are based on Volvo’s SPA (Scalable Product Architecture) platform that also underpins the XC90 SUV. Design is inspired mostly by the Volvo Concept Coupe concept car, which was so well received that Volvo almost decided to build it. As far as we hear it is still ‘under consideration’.

Chinese media say an extended version of the S90, called the S90L, will be manufactured in China in the Volvo plant in the city of Daqing. Production is set to start sometime late next year. 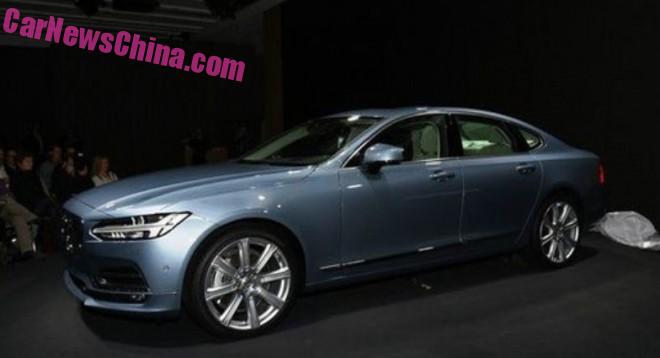 Sleek lines in four-door coupe style with a short rear end. Window frames in thick chrome, more chrome on the low end of the doors, and a massive amount on the grille. 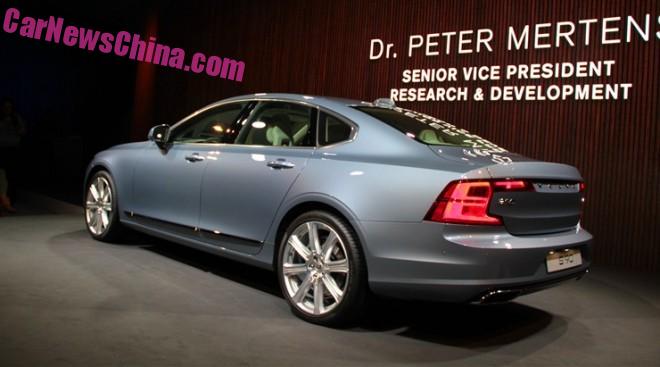 Rear lights are a work of art, although a tad too big for its time where we see rear light units getting smaller and smaller. Boot lid with an integrated spoiler, a very wide rear bumper, and shiny pipe tips on each side below the bumper. 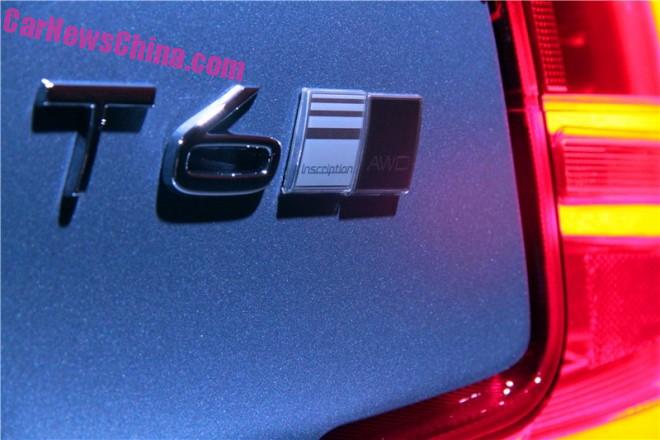 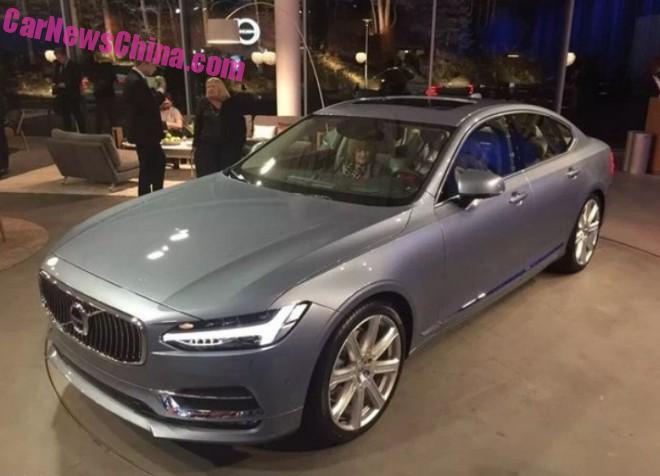 ‘Thor’s Hammer’ headlights similar to those on the XC90. Only letdown are the chrome elements in the bumper. Just like on the XC90 they don’t really do anything. 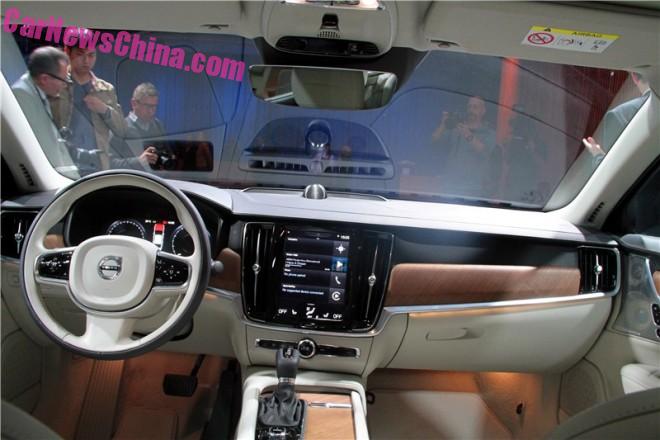 Interior very similar to the XC90. Dash is completely digital. Wheel a thing of wonder; simple and very high tech at the same time. Light colored wood and white leather seats. Huge touch screen for the infotainment. The S90 will be equipped with the ‘Pilot Assist’ semi-autonomous drive system, which is now set to work up until 130 kilometer per hour. 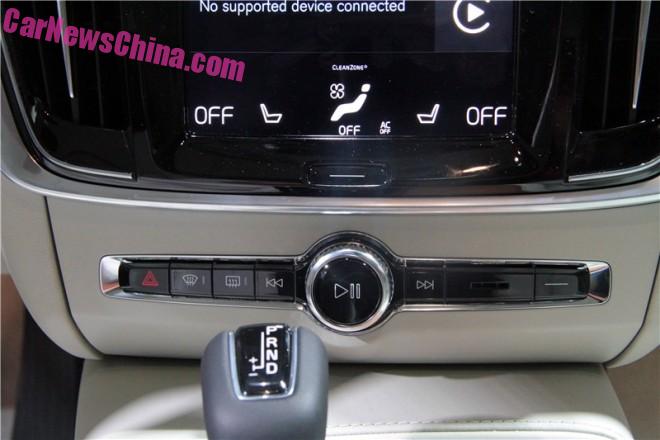 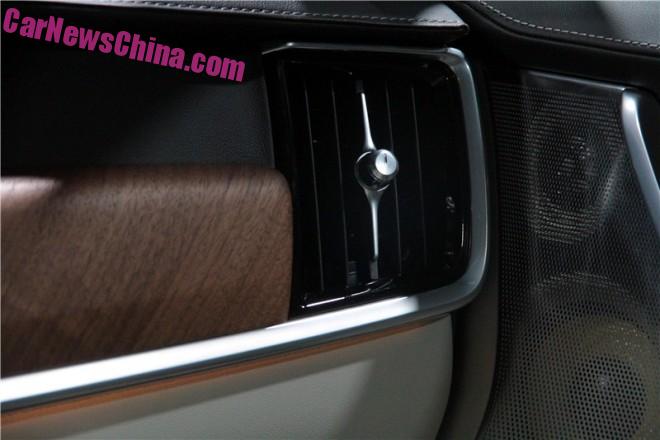 What a good looking wood! Air vents open with an ingenious system controlled via a fancy metal knob. To the right the speakers of the superb Bower and Wilkins sound system. 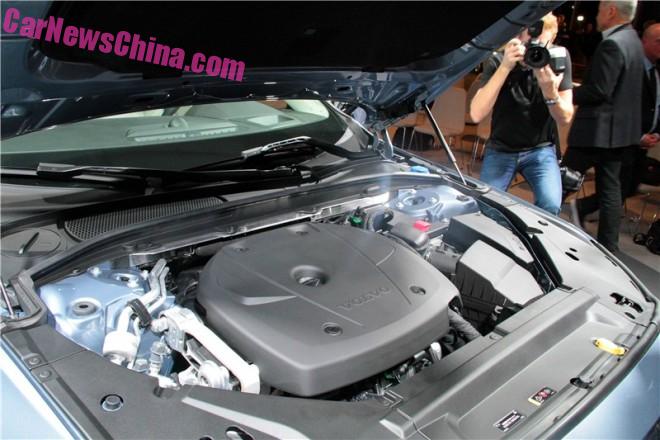 Under the bonnet of the T6. 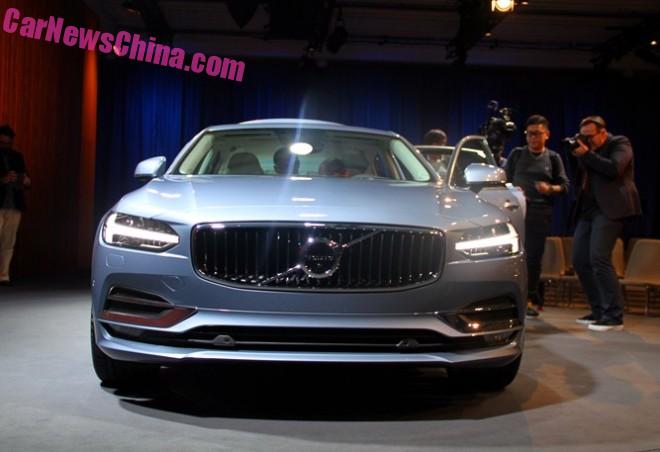 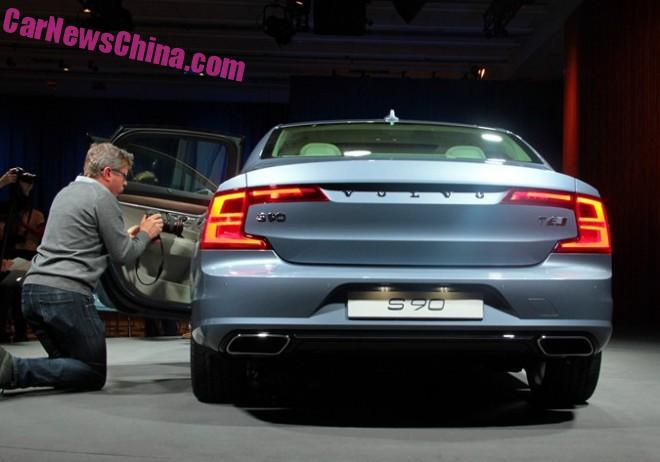 Volvo lettering not properly visible under the edge of the lid. Very wuzzy, we didn’t notice that yet on the scale models, but it is plainly visible on this photo. The top of the letters is covered by a dark shade. 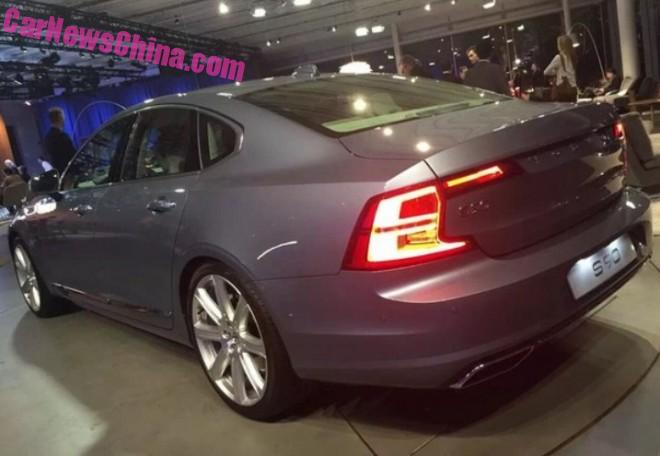 Shoulder line from D pillar to end brilliantly designed. Rear wheels could be a little bit wider for a more sporty stance. 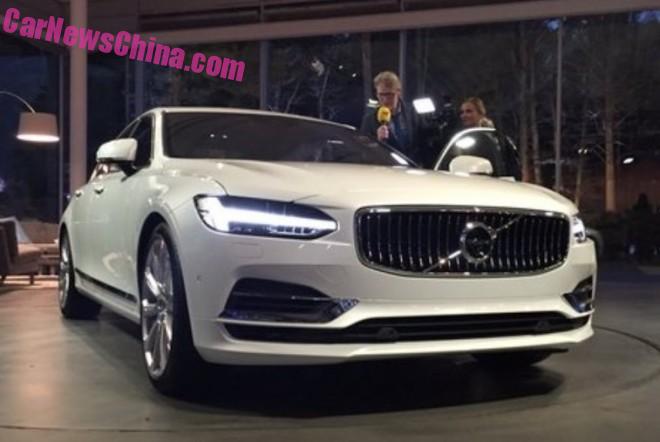 This white beauty is the T8. Lights on! Shiny grille works very well here. But check again those chrome-parts-doing-nothing in the bumper. 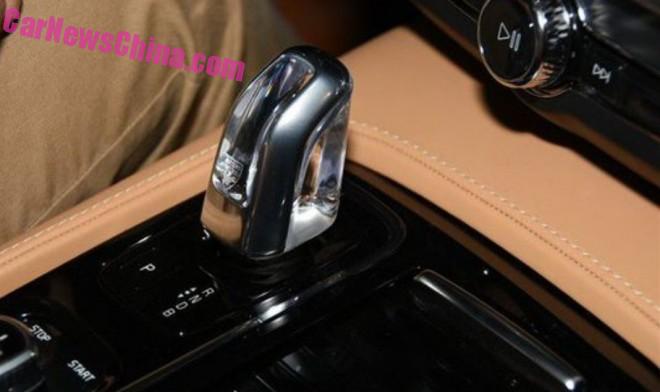 The T8 comes standard with the kinky glass gear knob. 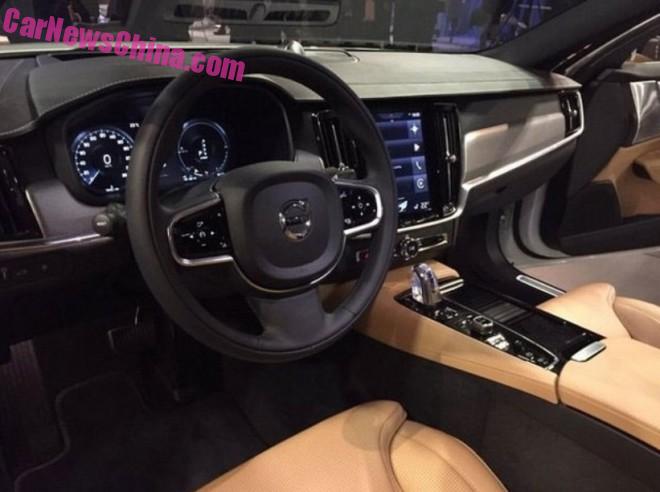 Dash in black in this car, looking not really good, especially not on the wheel. The white dash and wheel make the interior feel light and airy, like the whole car seems sleek and nimble. This black stuff ruins that completely.

Best Swedish ass ever. But the lettering is in the shade again!

Much more S90 soon and later…