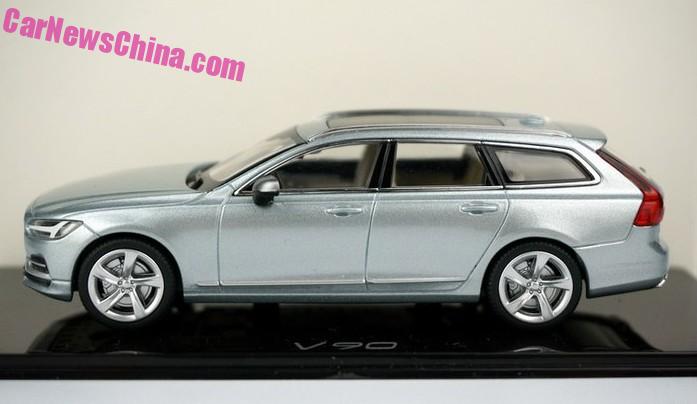 We have a shipload of the photos of the 1:43 scale model of the Volvo V90 estate, this time in ‘liquid blue’ just like the Volvo S90 sedan we saw earlier on. The latest photos come from a set of two sedans and two estates that went missing from a Chinese toy factory, after the initial disappearance of 20 sedans.

Those who managed to get their hands on these latest four cars were undoubtedly encouraged by Volvo. The Swedish-Chinese outfit ordered 2000 models of the S90 with the French model maker Norev, who outsourced the job to a Chinese toy maker. After the first 20 cars were gone and missing, Volvo said they wished they had nicked the cars themselves! No kidding. Volvo fan site SwedeSpeed quoted Alan Vissner, Managing director for brand sales and advertisement: 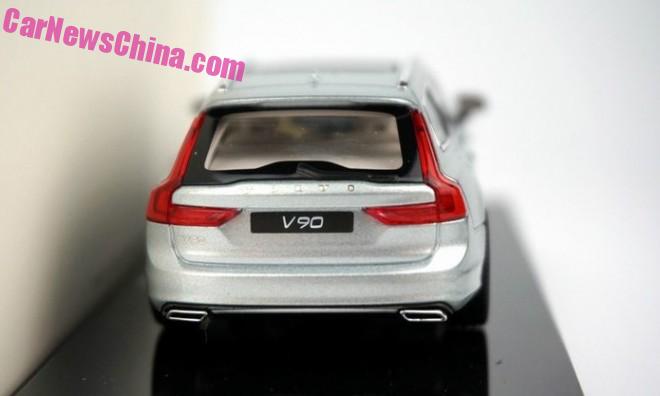 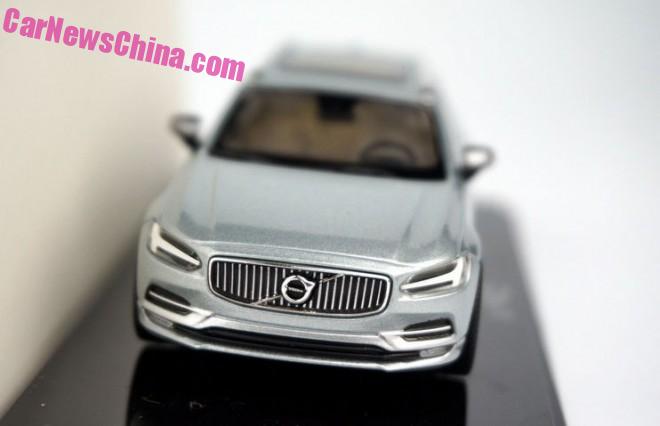 ‘Thor’s Hammer’ headlights similar to those on the XC90. Grille is a work of art with a huge Volvo badge in the middle. Chrome elements in the bumper however are not that beautiful.

The V90 is design wise a four-door version of the 2014 Concept Estate concept. It seems large enough to work as a ‘real’ wagon as opposed to a ‘sport wagon’, which would make the V90 the first proper new Volvo wagon since the launch of the 2007 third-generation Volvo V70 (wiki).

The V90 will also spawn a cross variant called V90 XC, which is set to compete with the Audi A6 Allroad.

The engine lineup of the S90/V90 will be the same as on the recently launched Volvo XC90 SUV: 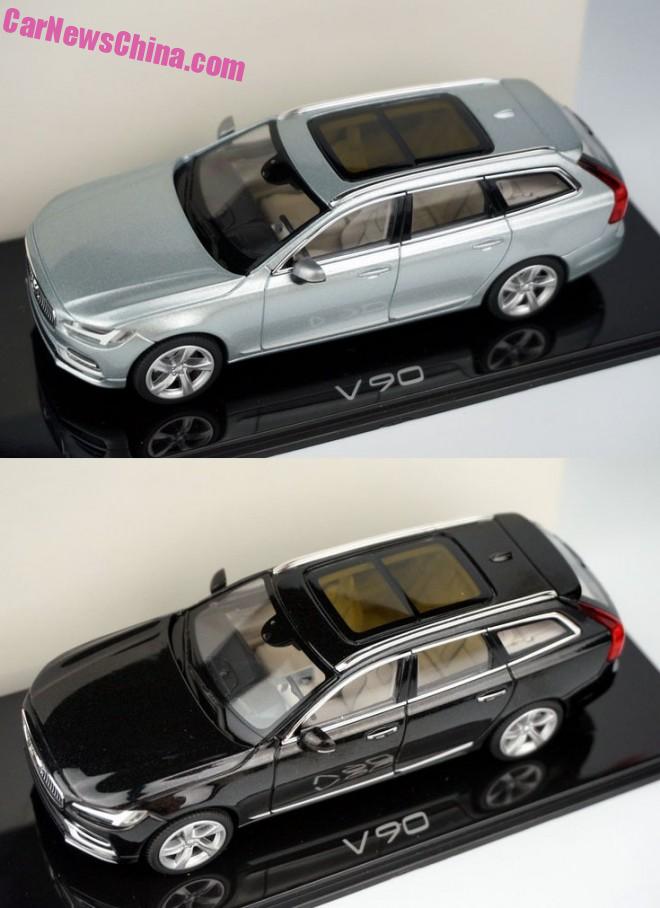 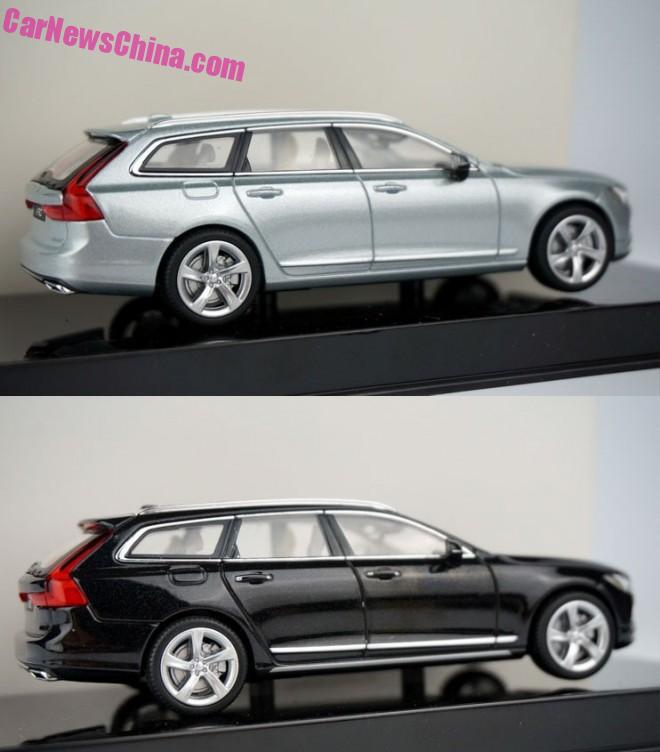 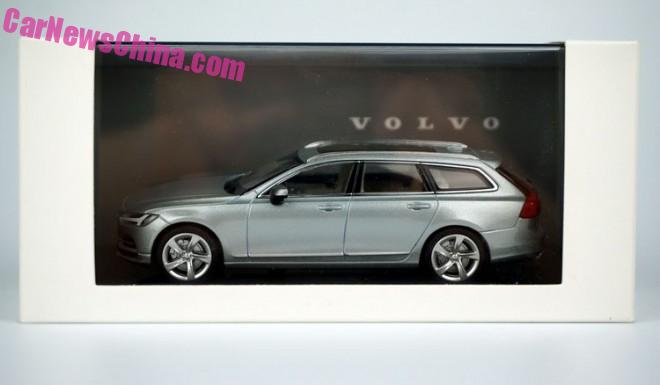 Blue back in the box. 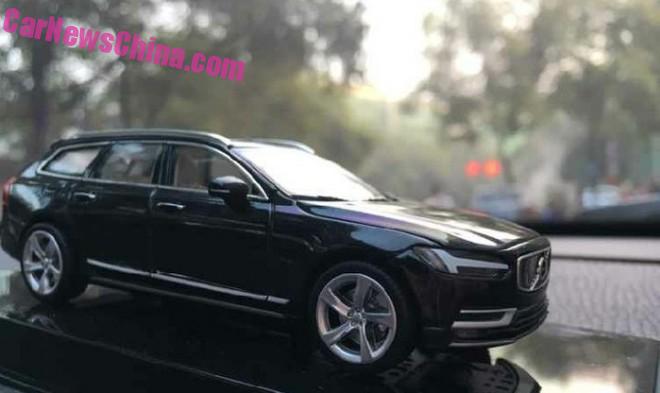 Bonus! A few more of the black car, seen here standing on top of the dashboard of a certain vehicle. 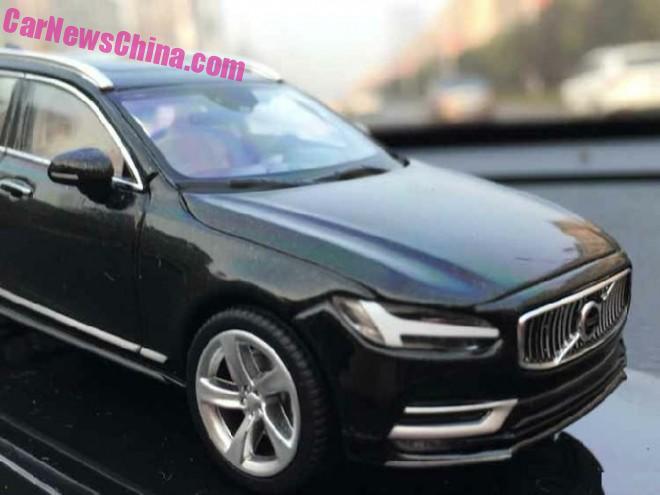 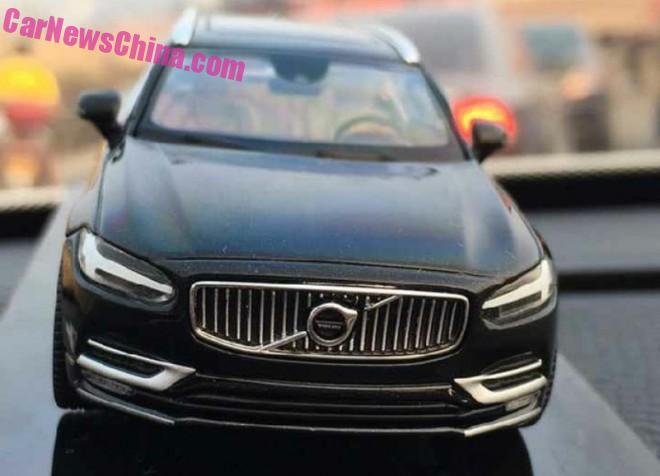 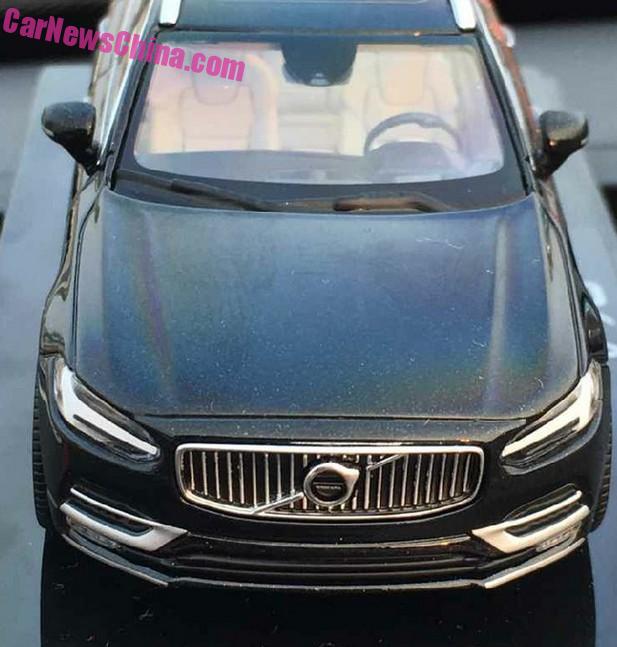 Seats too are similar to those in the XC90. 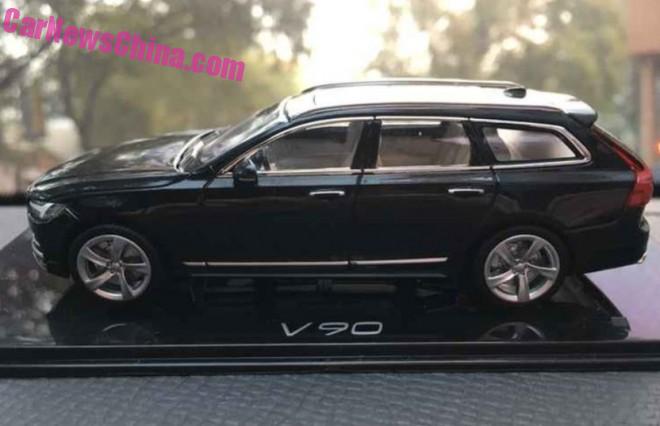 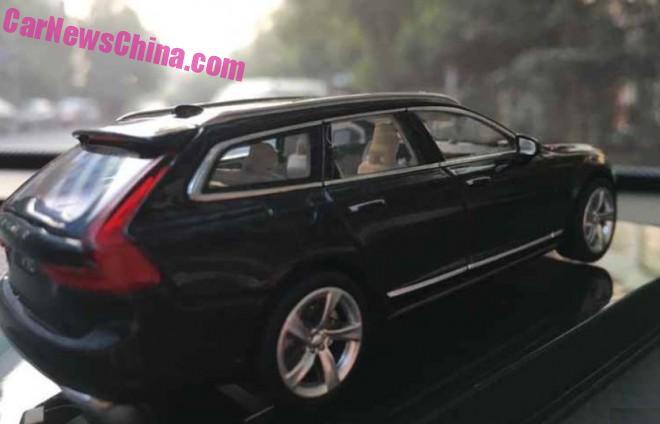 We are still not done with the 90’s yet. Next week we will follow up with another very good look at the S.