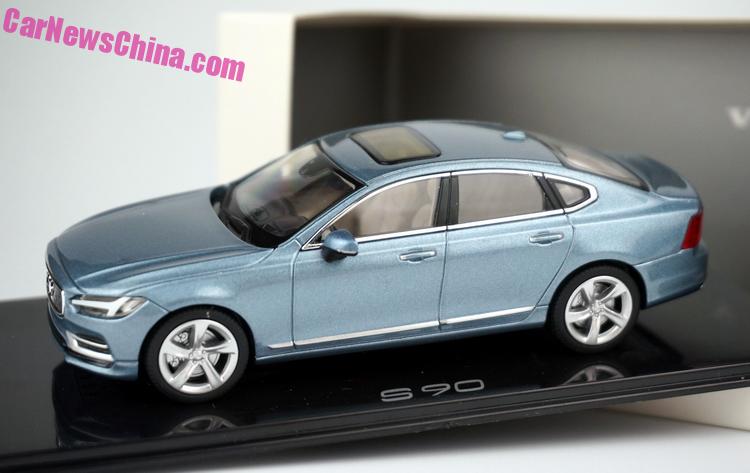 Here is the 2016 Volvo S90 sedan again, this time in blue, just a day after we met the Volvo V90 Estate. The photos are crystal clear, showing the sleek new sedan from every side. The latest photos come from a new set of two cars, one blue and one black, that were offered for sale on a Chinese web shop.

The cars were sold and the listings removed, but I managed to secure the photos of the blue one. And for the black one; well… Let’s just say I am not done with the Volvo S90 just yet.

Volvo ordered 2000 models of the S90 with the French model maker Norev, who outsourced the job to a Chinese toy maker. An employee of the latter nicked 20 cars, at least that is what Volvo said. We think many more went missing; at least 26, including two wagons.

It is possible that extra units disappeared after the initial heist, with the bad boys being encouraged by Volvo, where nobody seemed to care. Even better!, Volvo said they wished to nicked the cars themselves. Volvo fan site SwedeSpeed quoted Alan Vissner, Managing director for brand sales and advertisement:

Back now to the S90, which appears to become a beautiful car. This light blue color is called ‘Liquid Blue’. 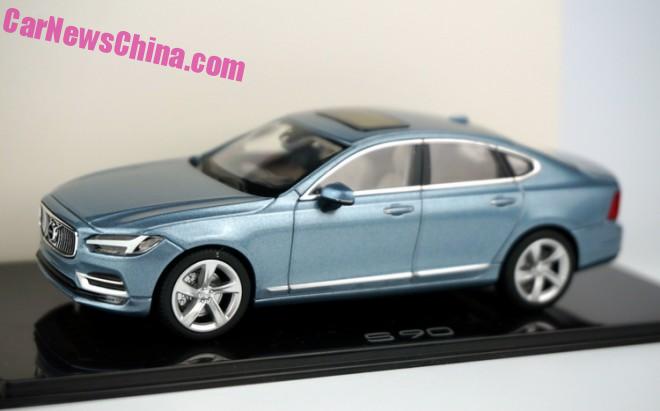 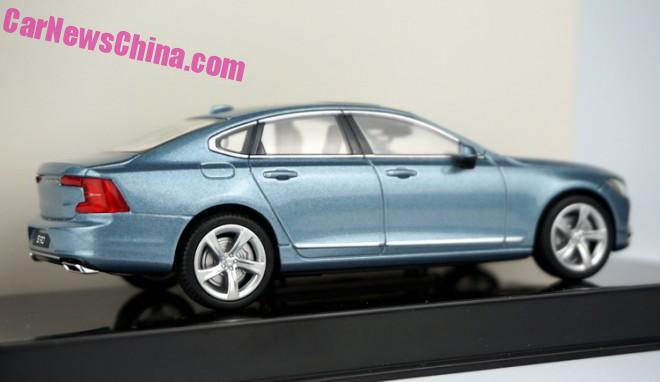 Taillights are truly gigantic. Design sits somewhere in the middle between a sedan-coupe like the Audi A7 and a sedan like the Audi A6. Chrome strip all around the side windows, chrome strip on the low end of the doors, shark fin antenna, and the fuel cap sits right in the shoulder line. 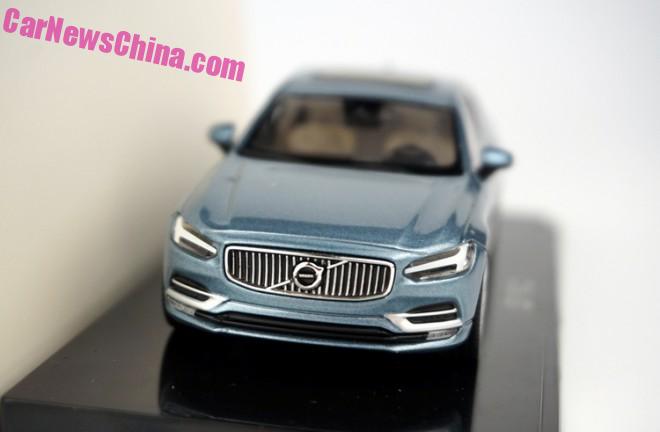 ‘Thor’s Hammer’ headlights similar to those on the XC90. Huge heavily chromed grille with a giant Volvo logo in the center. More chrome in the bumper, and small LED fog lights on each side. 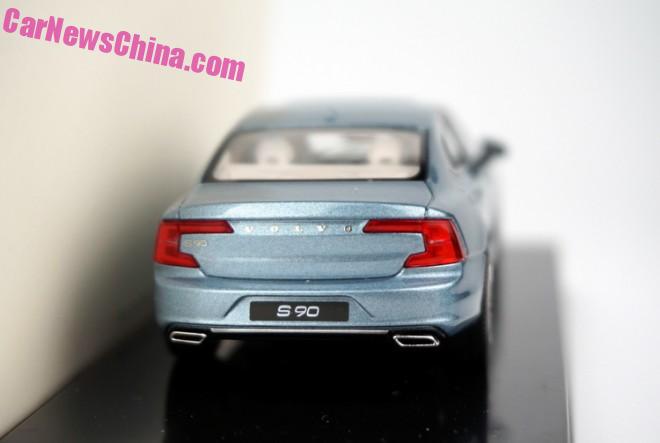 Volvo badge between the lights. S90 badge on the left. Chromed square shaped pipes under the bumper. 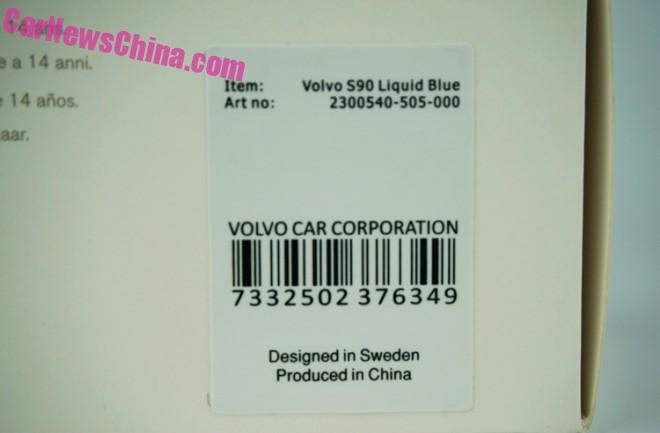 A look, at the box. No Norev to be seen here, but we saw it clearly at the bottom. 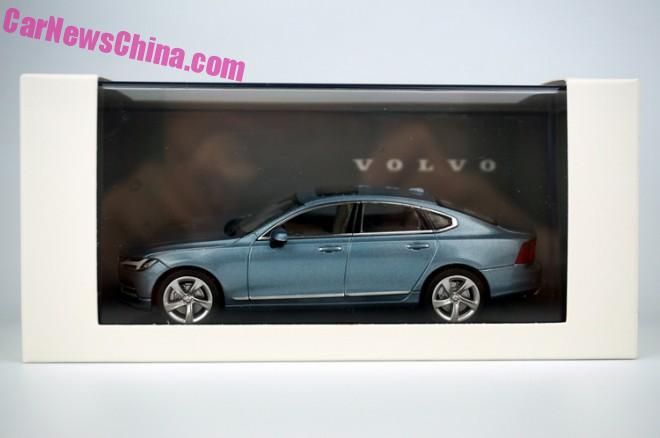 And inside again. Box design rather boring, but car makes up for that with ease.