Spy Shots: Volkswagen Phideon naked on the Road in China 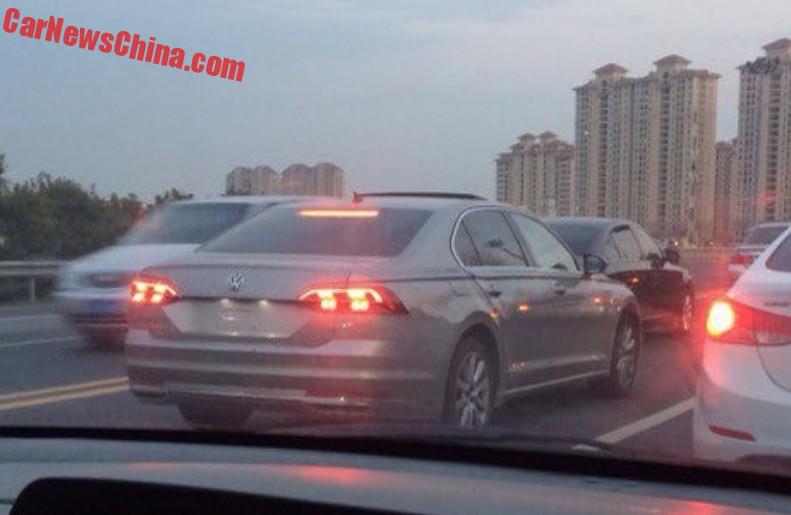 Spectacular Spy Shots showing the all-new Volkswagen Phideon sedan naked on the road in China. The Phideon debuted earlier this week on the Geneva Motor Show but it will only be sold on the Chinese market, starting in September. It is the production version of the Volkswagen C Coupe GTE concept.

The Shanghai-Volkswagen badge on the left. The Phideon name under the Volkswagen logo.

The Phideon will be powered a 3.0 TSI V6 petrol with an output of 300hp and 440nm, sending power to all four wheels via Volkswagen’s 4Motion 4WD system. Later on 2.0 TSI and a hybrid will join the line-up too. 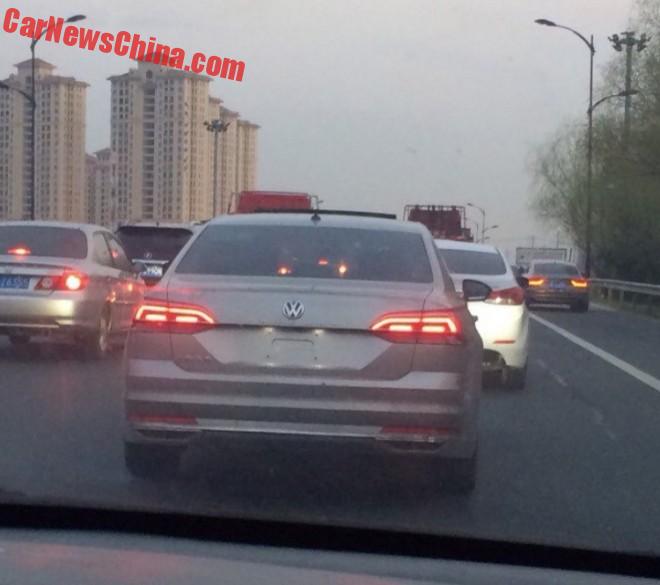 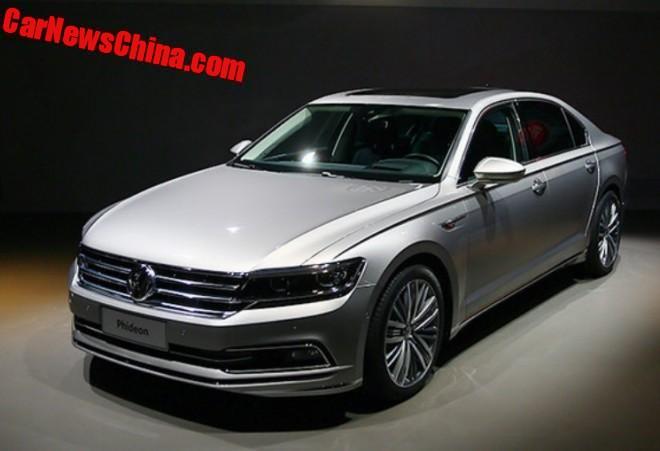 In Geneva. The Phideon name comes from the Roman goddess Fides, and symbolizes (according to Volkswagen marketing-speak) ‘perfection, elegance, and and trustworthiness’.  Note the aerodynamic mirrors that wouldn’t be out of place on an Audi R8. 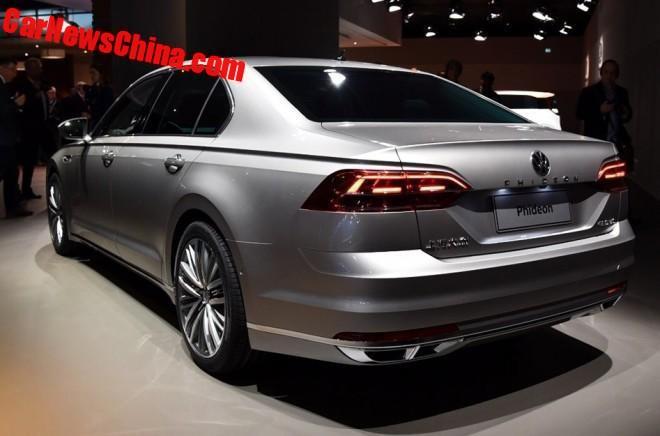 Beautiful line from the front lights all the way to the rear end. Subtle spoiler in the boot lid.