4 Cars Fall Into Sinkhole In China 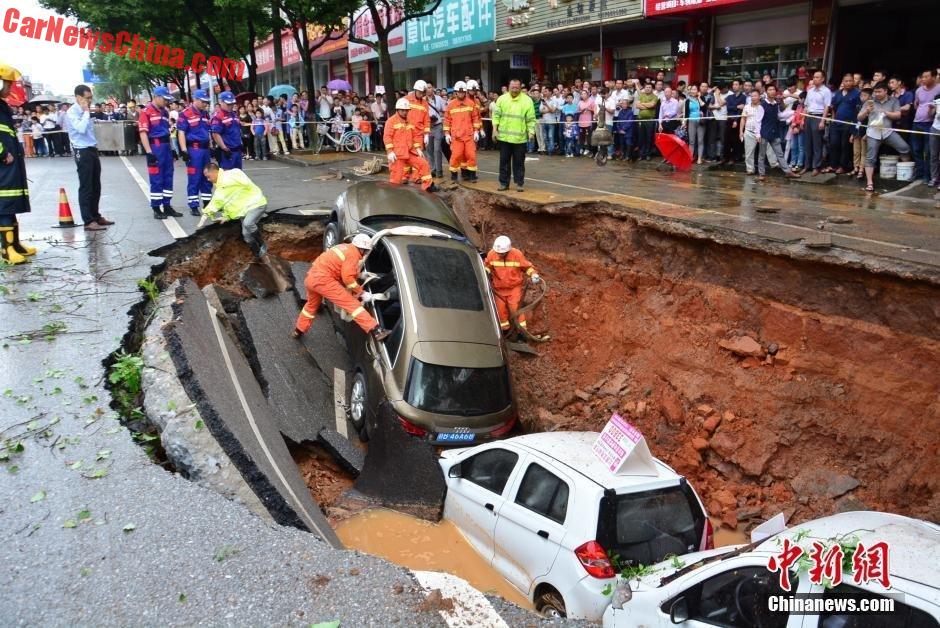 Big drama in the great city of Ruijin in Jiangxi Province in China. A sudden sinkhole swallowed four cars, and dragged them down into the ground by some three meters. The four cars were an Audi Q3 SUV and three low-speed electric vehicles (LSEVs). 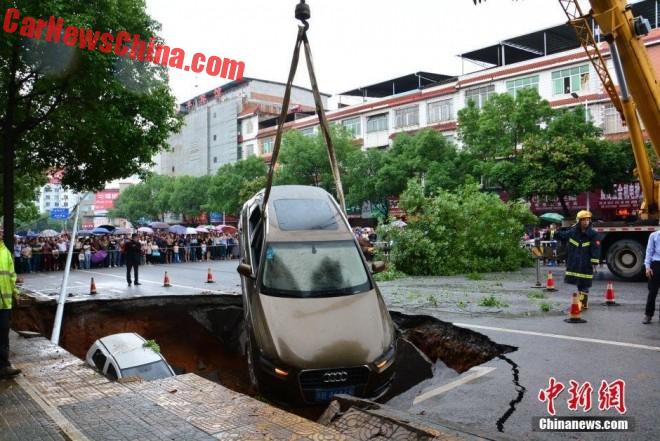 Happily, nobody got hurt. The owner of the Audi was having lunch in a nearby restaurant and saw it all happening. The three LSEVs belonged to a nearby shop and were parked on the road to attract customers, a common practice in China. Even more happily, the Audi doesn’t seem too heavily damaged, although the owner better have the suspension checked, after he finishes his food, of course. 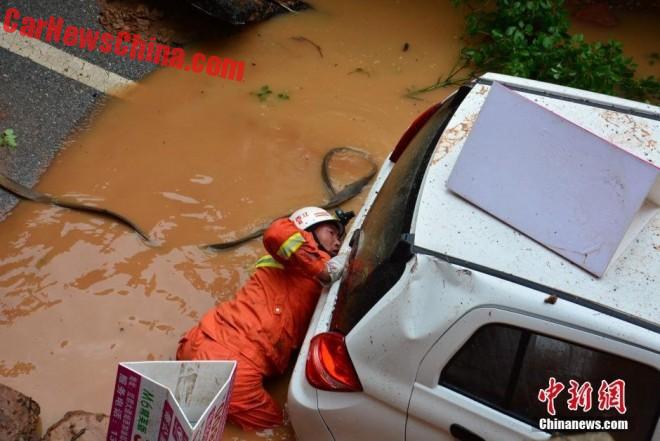 Heroic rescue working gives it all the save the electric car. 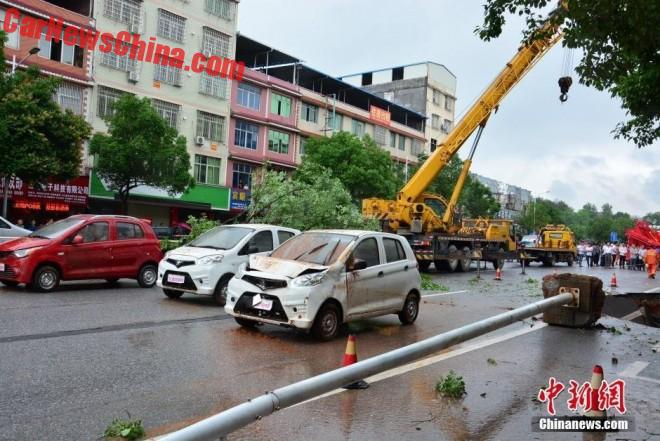 White one on the right seems far gone, but the other two can go back on sale right away.

Sinkholes are a big problem in China. They happen a lot, usually during or right after road construction. The sinking is usually caused by floppy drainage systems, or no drainage systems.