This Is The Venucia T90 For The Chinese Car Market 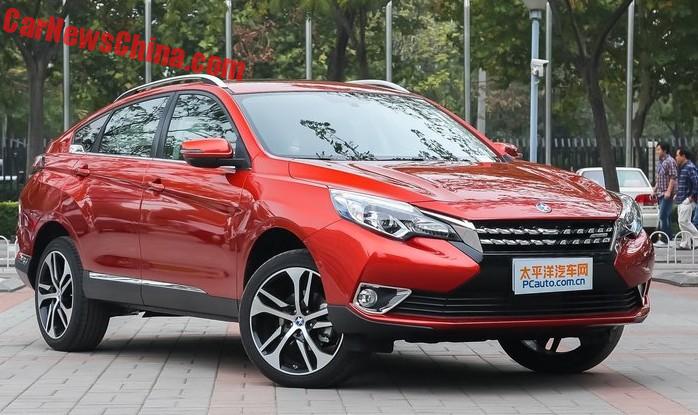 This is the new Venucia T90 for China, the new flagship of the Venucia brand and it is the production version of the 2015 Venucia Vow concept. The T90 has daring lines and style, a crossover SUV coupe that doesn’t easily fit into a single segment. Sales will start in late November. 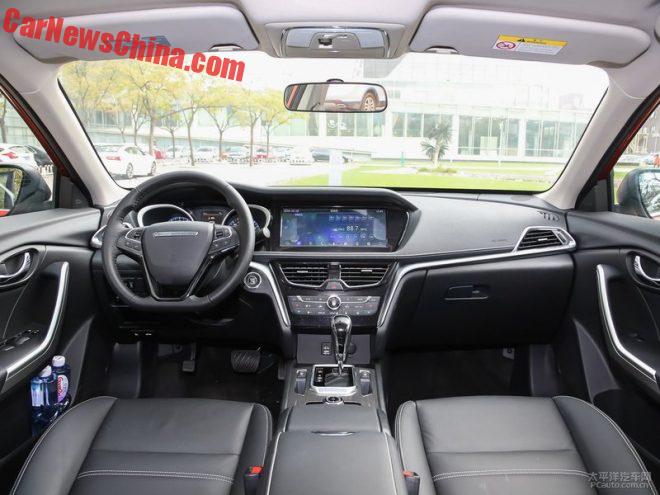 The interior looks very good albeit a bit dark with all that gray. The touch screen is larger than anything Nissan has. Chinese car buyers need big touch screens, and bigger ones, and Venucia gives. The steering wheel has a flat bottom for sporty, and the center tunnel has a nice shiny control knob. 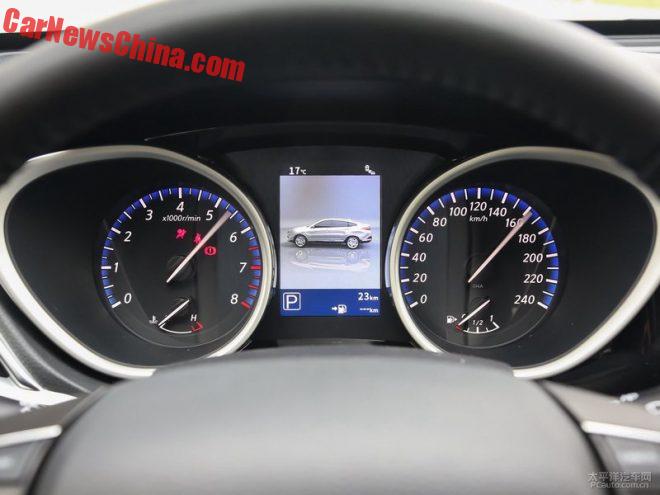 The dials are analogue, flanking a high resolution TFT screen. 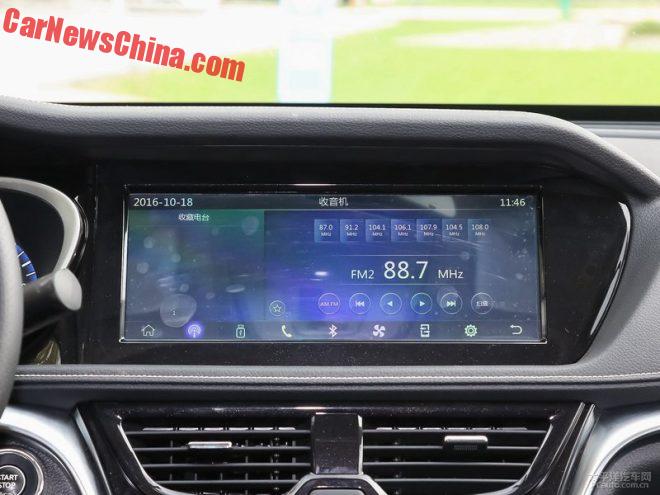 The centerpiece of the interior is this enormous 12.3 inch (1920×768) touch screen. It looks a bit dirty here but that is because the protective plastic wasn’t taken off. This is very common in China, they always leave it on in media cars and test cars, and many car buyers prefer to leave it on as well!

The system is equipped with Baidu CarLife. It has a multimedia system with eight Bose speakers. 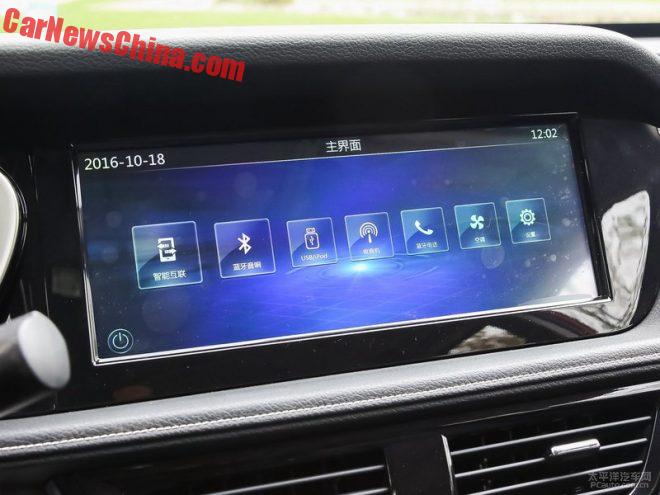 The graphics are… okay. 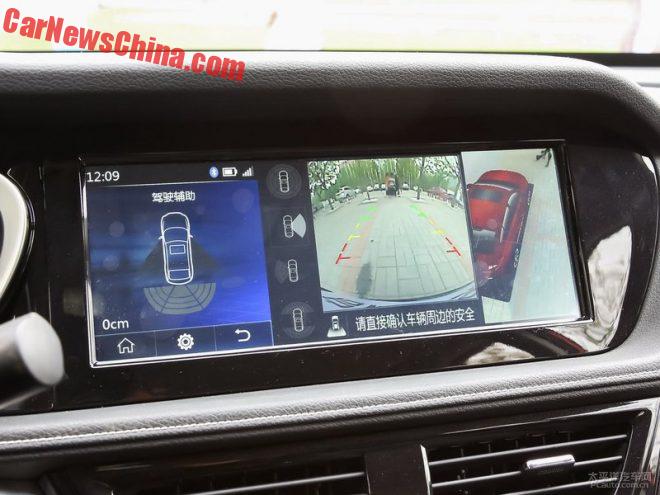 The graphics of the reversing system however look much better, especially the one on the right, showing the position of the car seen from above, virtually. 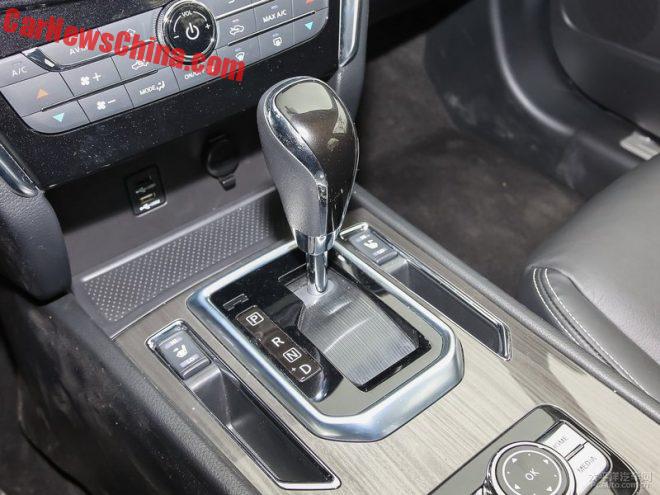 After all that tech you might expect a fancy gear selector. But no. Venucia fitted a huge gear lever instead that would not look out of place in a tractor. 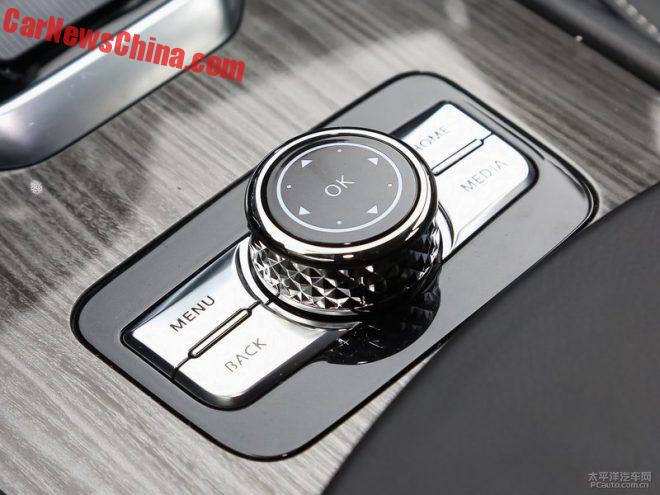 Happily, the control knob looks great. It can be used to navigate the infotainment system if you do not like to touch. It also has a brilliant name. The button is called the… IT-COMMANDER. In capitals. IT for Information Technology. Brilliant. Too bad they didn’t put the name on or near the button.

Now the rally bad news. Earlier on we heard the T90 would get the same engines as the Murano, a 186hp 2.5 and a 245hp 2.5 hybrid. Those engine would have been a nice fit for the sporty looking T90, and match with the tech. But the gear lever was a clear indication something was not well.

And something is indeed not well. The lone engine available in the Venucia T90 is an ancient Nissan 2.0 liter four-cylinder petrol engine with… 139hp, mated to… a CVT. That is barely enough to bring the big T90 up to speed. Too bad. That will hurt sales. 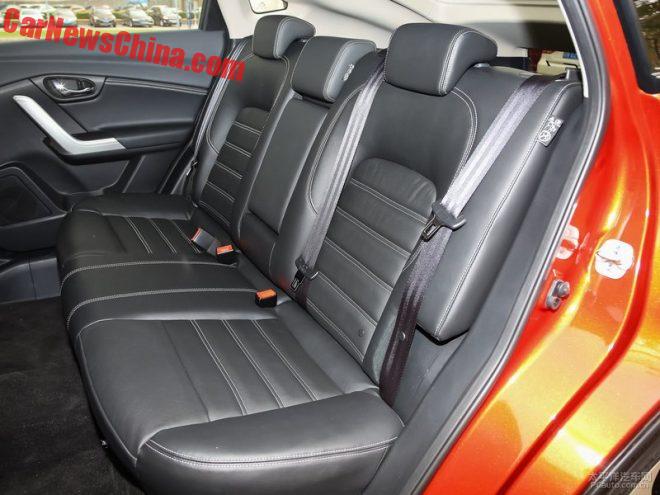 Enough space for three but the seats are very flat. Anyway, with 139hp there won’t be much risk. 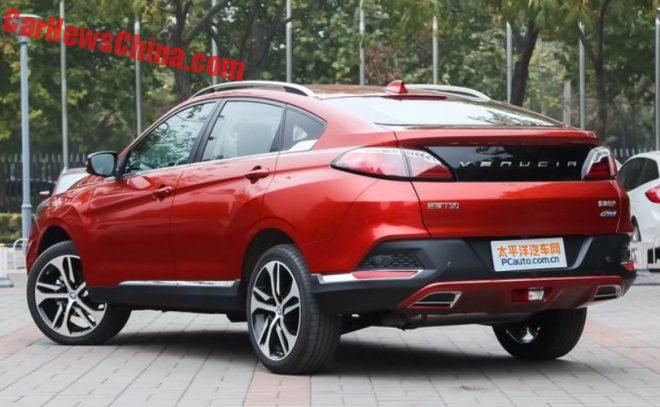 No wonder it needs such an advanced reversing system; the driver will see absolutely nothing through the rear window. 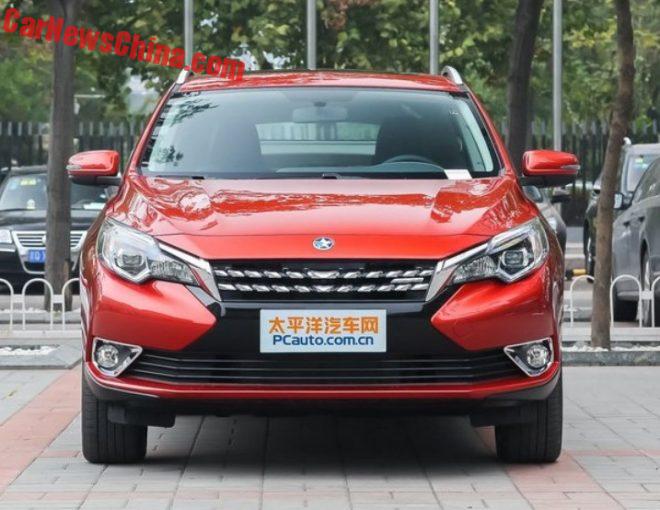 The grille, while being daring, also looks a bit messy. 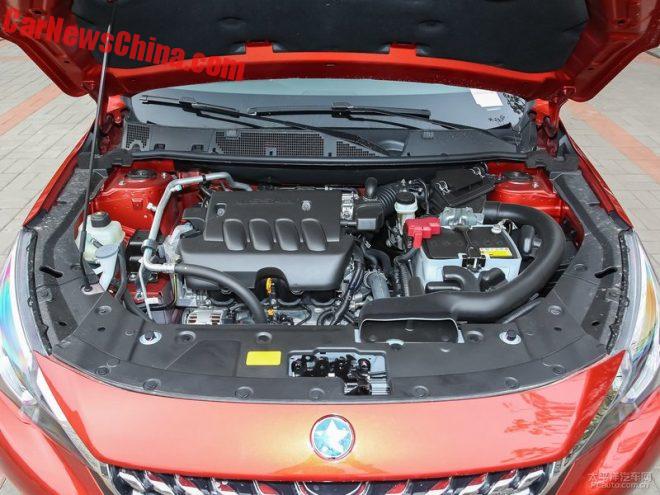 No engine cover, and you want that old mill to be covered up. 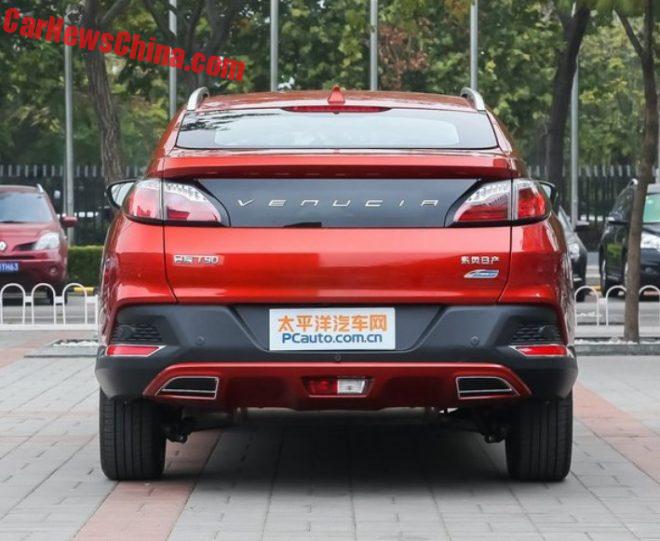 Not the best part of the car. Too many layers. Too tall. Black strip between lights is nice. Pipe tips are fake. The real pipe is visible under the bumper on the left side. 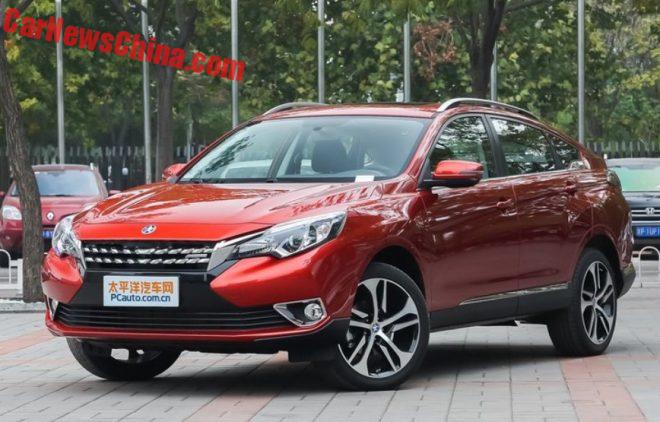 Daring looks, crossing segments, great tech, but the old engine is going to kill it.