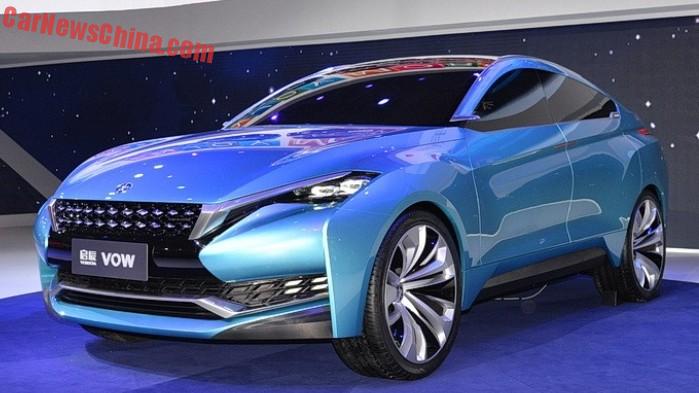 The brand new Venucia VOW concept has been unveiled on the Shanghai Auto Show in China, showing a sleek and sporty four-door coupe painted in heavenly blue. The Venucia VOW previews a possible future sedan, but it looks kinda wild for the normally rather subdue Venucia brand.

Venucia, or Kai Chen in Chinese, is a sub-brand of the Dongfeng-Nissan joint venture, selling low-priced cars based on Nissan platforms.

Whether a car like this will ever see production is uncertain, but not impossible. Venucia is apparently seriously studying the possibility to build a vehicle like the VOW on the platform that also underpins the Venucia T70 SUV. The T70 is available with a 1.6 with 120hp and a 1.8 with 142hp.

Furthermore, the market four four-door coupe’s and four-door coupe-crossovers is certainly growing. Many local Chinese automakers are developing similar vehicles, following the lead of BMW with the mighty popular X6 and X4. 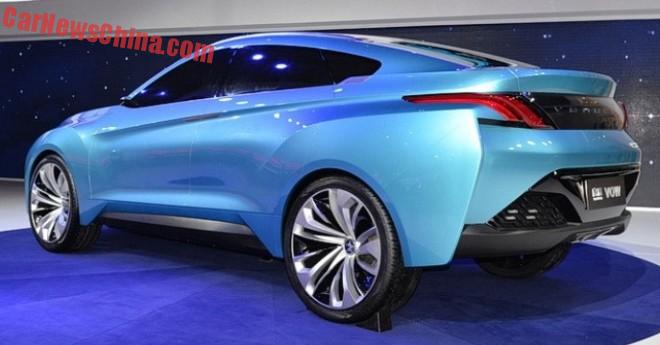 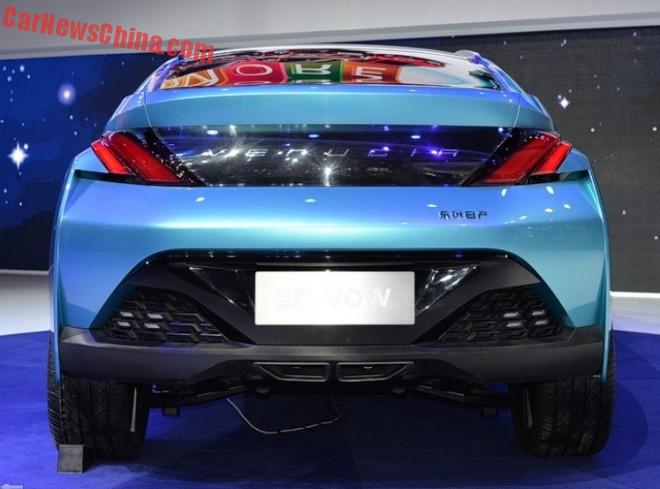 It does have exhaust pipes so Venucia isn’t thinking about a pure electric. 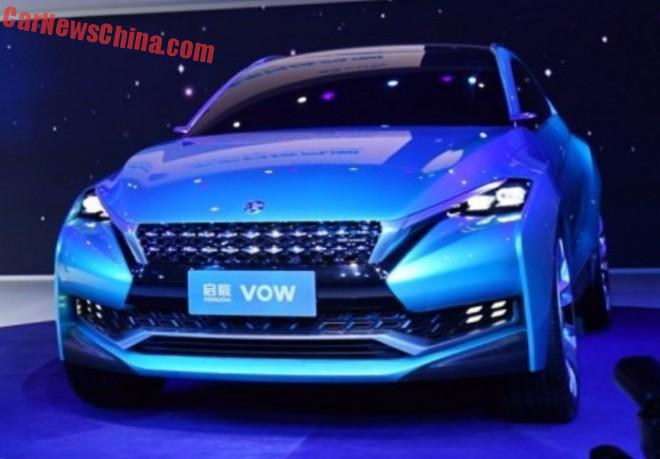 Wheels got quite a bit chamber. Grille looks great in darker light.