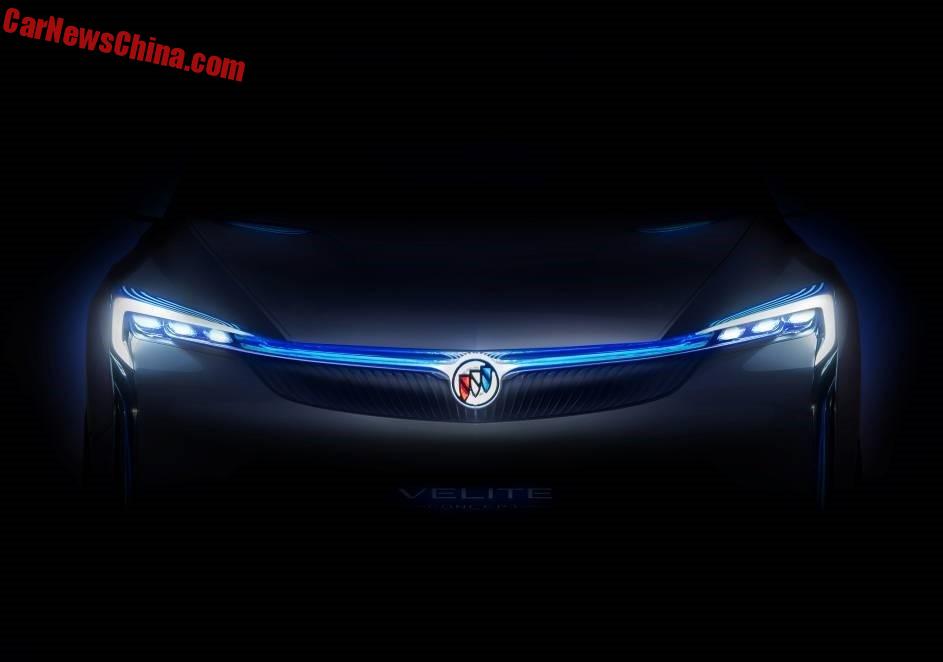 GM China has released a teaser of the Buick Velite concept car that will debut on the Guangzhou Auto Show later this month, with sharp looking lights and a blue-glowing grille. But we are very sure the production version won’t get any of that.

It is indeed very odd that Buick bothers with a concept at all because the real thing is ready to go. Buick probably doesn’t want the Velite to take away attention from the new GL8, which is one of Buick’s biggest moneymakers in China.

And here she is, the production version of the Buick Velite.

The Velite is a variant of the Chevrolet Volt, with a different front and rear. The Velite will be manufactured in China by the Shanghai-GM joint venture.

The plug-in hybrid drive train seems to be exactly the same as in the Volt. The 1.5 liter petrol engine is rated at 99hp and fuel consumption is rated as 0.9 liter per 100 kilometer.

The Chevrolet Volt was sold in China as an import between 2011 and 2014, but it was far too expensive so sales were slow; really slow, like a dozen per year slow. The Velite will be much cheaper but the exact price is yet unknown. It will launch on the Chinese car market sometime in the first half of 2017. 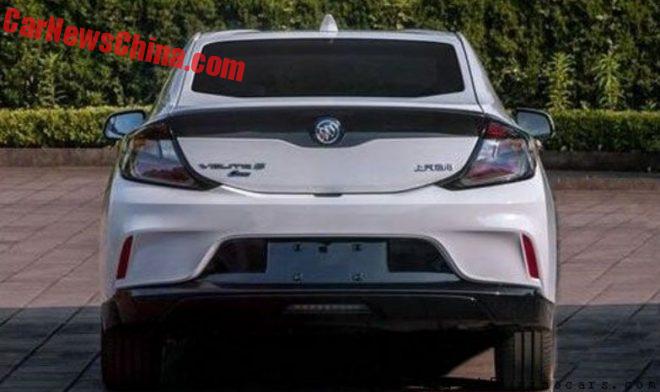 Velite name on the left, Shanghai-GM badge on the right.