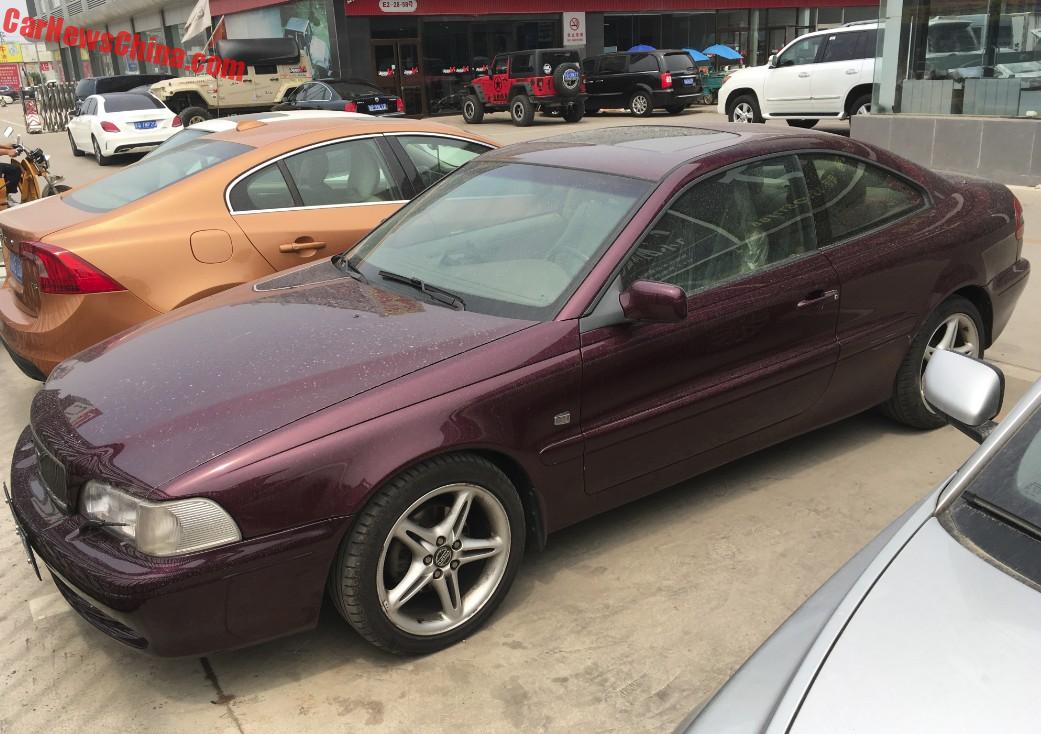 An ultra sleek Volvo C70 Coupe, Spotted in China on a car market in east Beijing. The Swedish sportscar was in very good shape with a clean body and interior, completely original, and without any rust or rot in sight. I found her at a small repair shop specialized in maintaining older Volvo’s.

The interior is original bar for the infotainment system which is a Chinese after-market unit, replacing the radio-CD system. 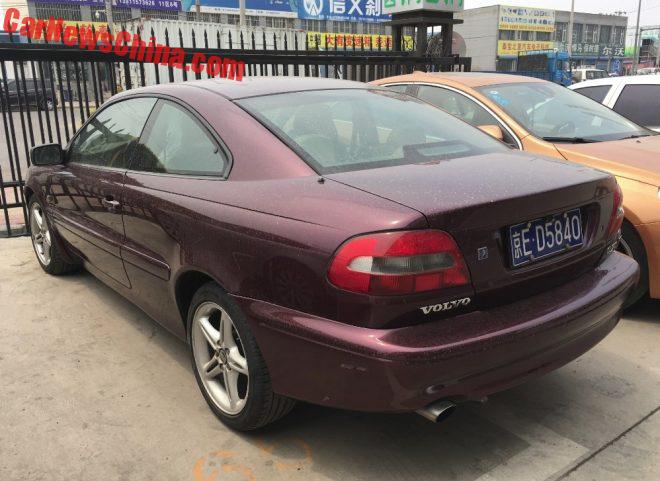 Still looking brilliant from behind. The first generation C70 wasn’t officially sold in China but some arrived via diplomatic channels or the gray market. 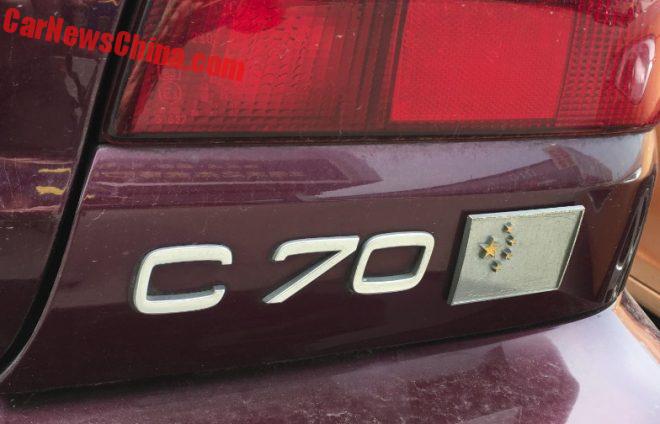 The C70 badge with a Chinese flag badge. 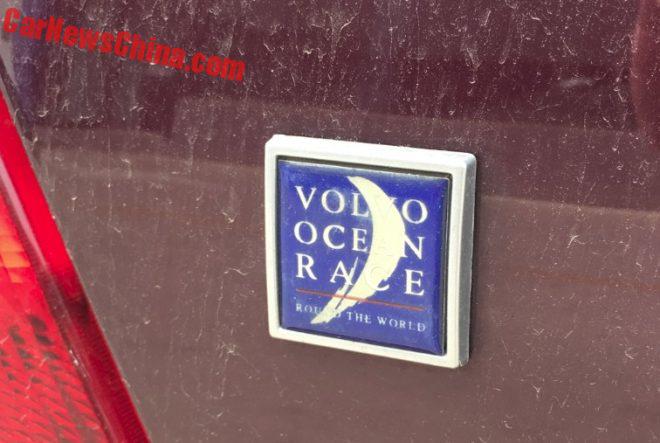 This car was probably some sort of special edition to celebrate Volvo’s sponsorship of the Volvo Ocean Race, a world-around sailing fest. 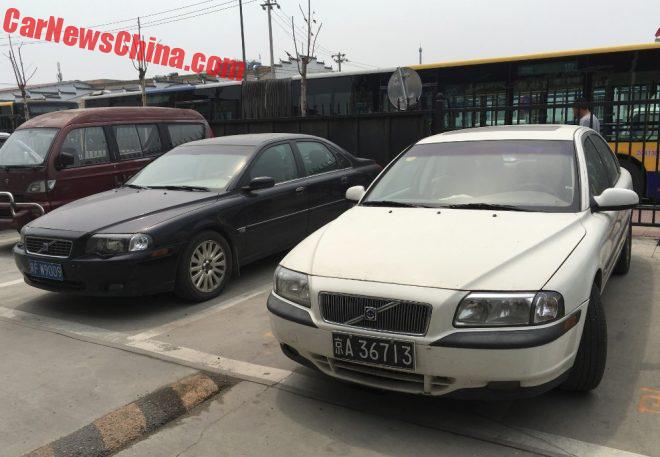 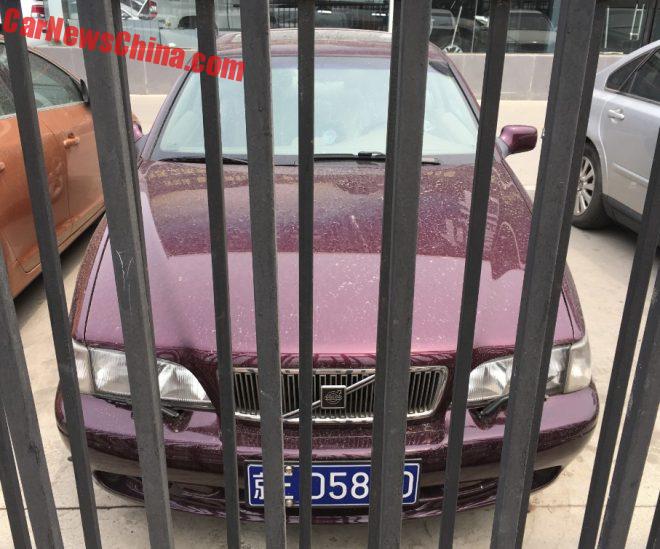 Let this Volvo out! 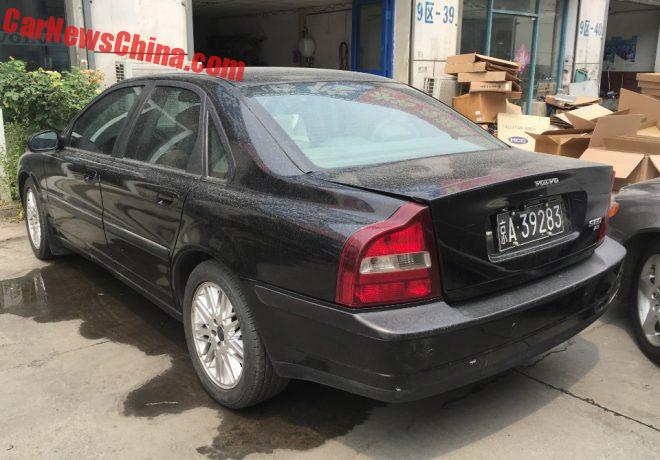