Zotye Finally Gets What It Deserves: A Clone Of One Of Its Own 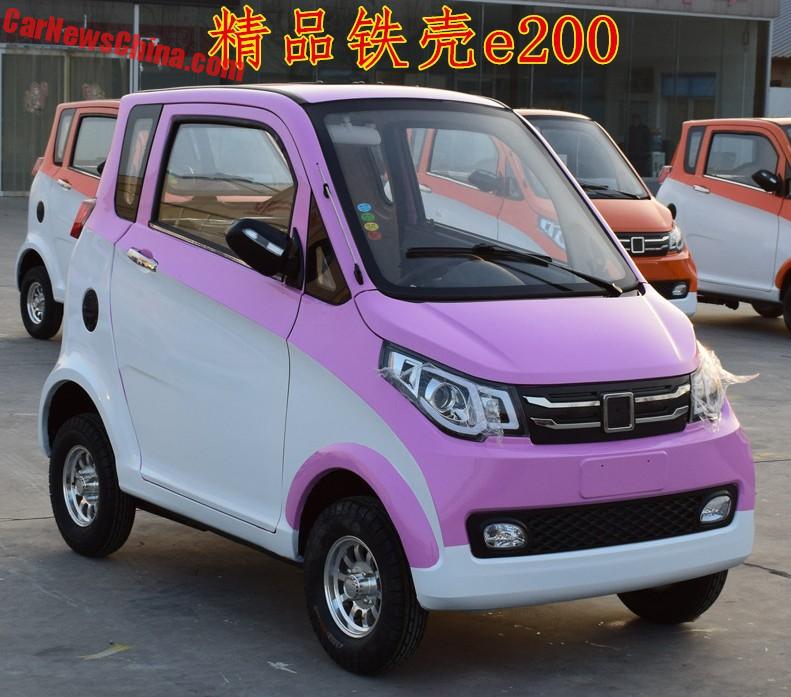 Many people have asked me what on earth can be done about Chinese copycats like Zotye Auto. Nothing can be done really, so I always jokingly reply that somebody should clone Zotye back, to teach them a lesson, to make them feel how it feels to be cloned. Well now; a low-speed electric vehicle (LSEV) maker from China’s  Shandong Province didn’t make just a joke, they actually did it: they cloned a Zotye, the E200 EV to be precise, and they called it the Tieke E200. Eat that, Zotye! 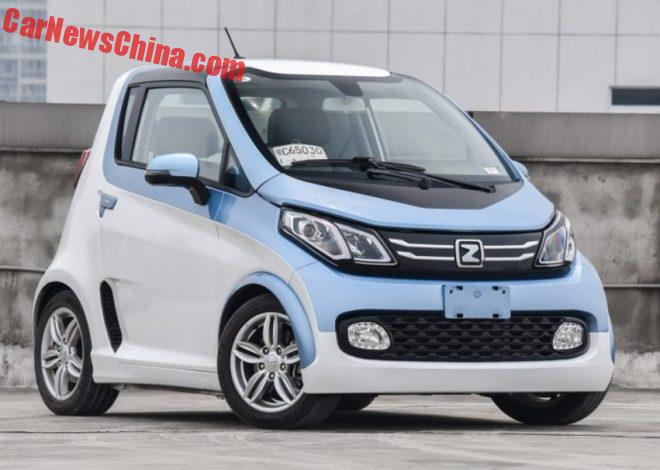 This is the E200 EV, and see how perfectly the LSEV maker copied the lights, grille, and bumper! 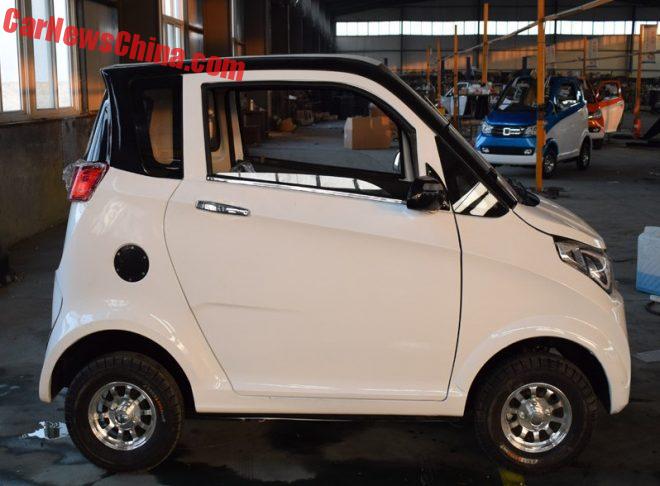 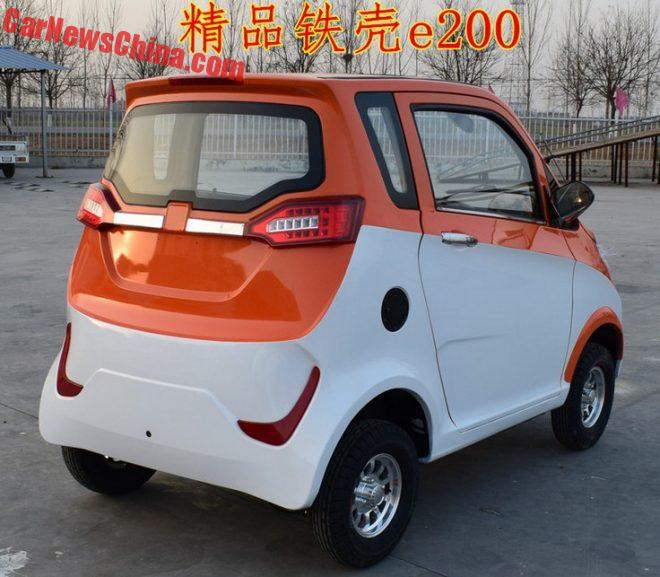 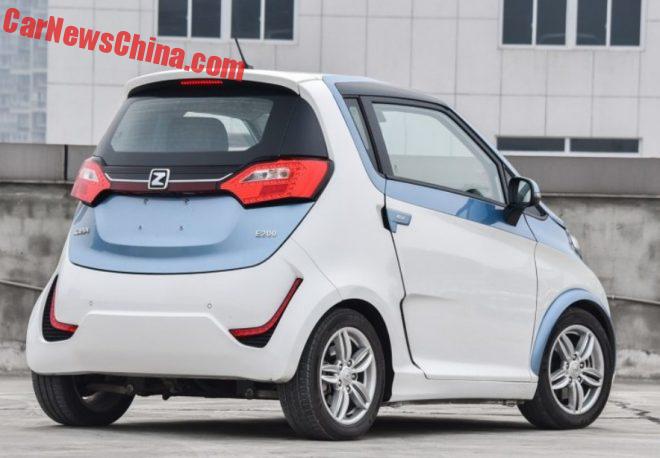 The real E200. well Zotye, how does it feel to be on the other side of a copy-clone story?! Happy..?

Shandong Litong neatly copied the two-tone paint job, the rear spoiler, the rear windshield, the rear lights, and the bumper with its strangely shaped fog lights. The C-pillar looks very similar too, and the copycat even cloned the shape of the lower door. Good work! 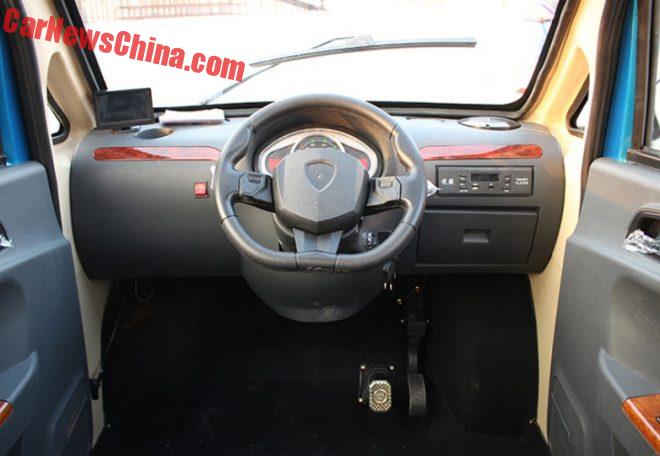 The Tieke 200 can be had with a steering wheel or with a handle bar. This steering wheel looks sporty with a flat bottom and three spokes. There is a glove box, a radio, and some nicely shiny fake wood. The driver sits in the middle, just like in a McLaren F1. On the left side a tiny screen for the rear-view parking camera. 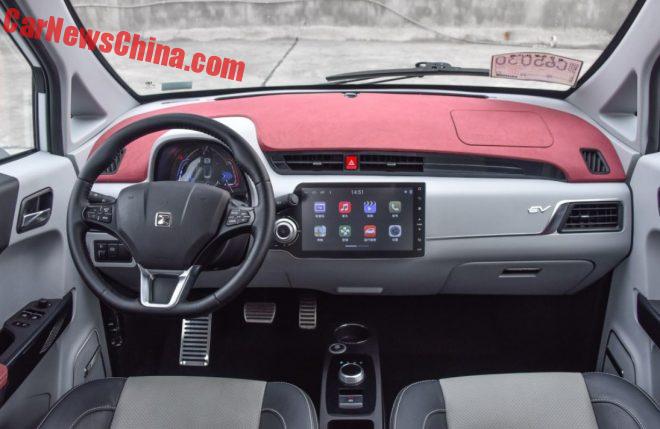 The Zotye 200 has a very decent interior with an ultra clean 10 inch touch screen. It also has two seats up front, but zero behind. Shandong Litong didn’t copy much from here. 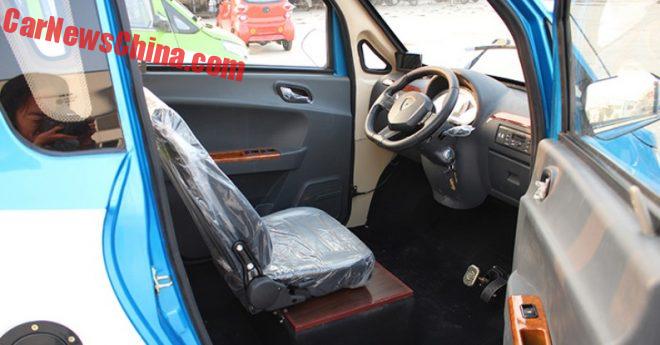 The batteries are located under the driver’s seat, the electric motor is located on the rear axle. Yes, this monster has rear-wheel drive! 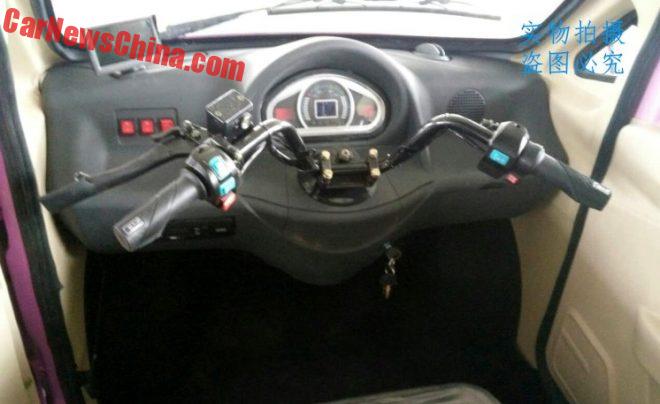 This is the handle var variant. Dash is different but it has the same instrument panel and screen. 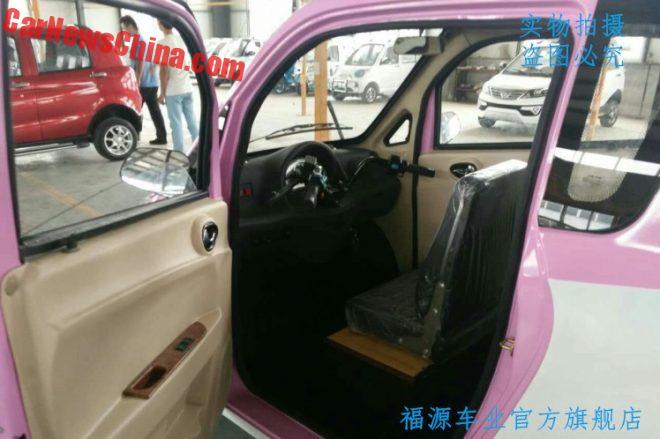 Another photo of the handlebar interior. Seat config is the same. Nice fake-wood panels in the doors. 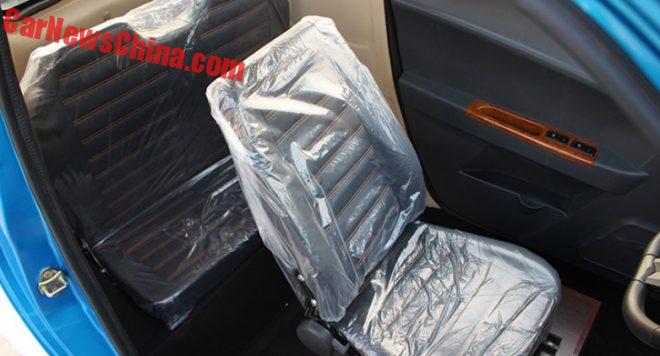 The seating configuration is 1+2, again just like in the McLaren. 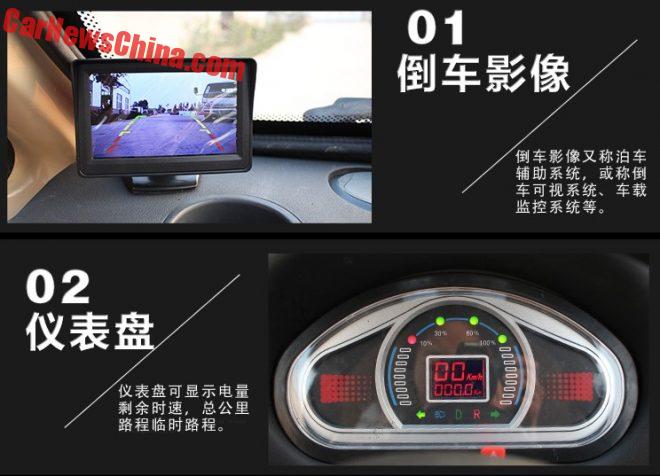 The rear-view camera in action and a closeup if the ultra cool instrument panel that looks as 1980’s as 1981. 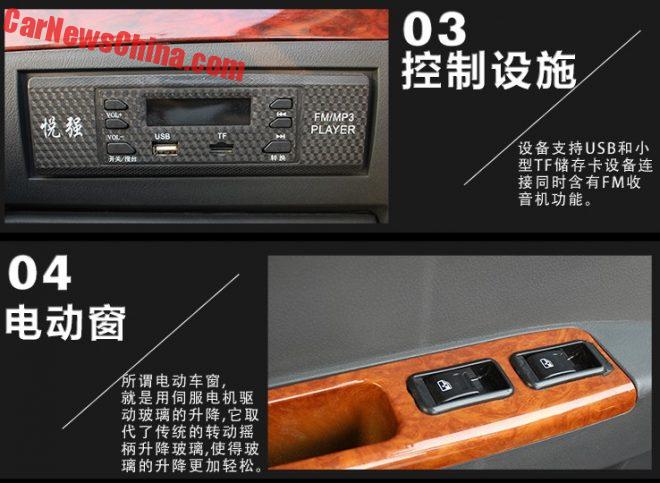 The radio has a USB and a TF slot, and it can play MP3 files. It also has a fake-carbon fiber panel. Fake wood looks rather good. 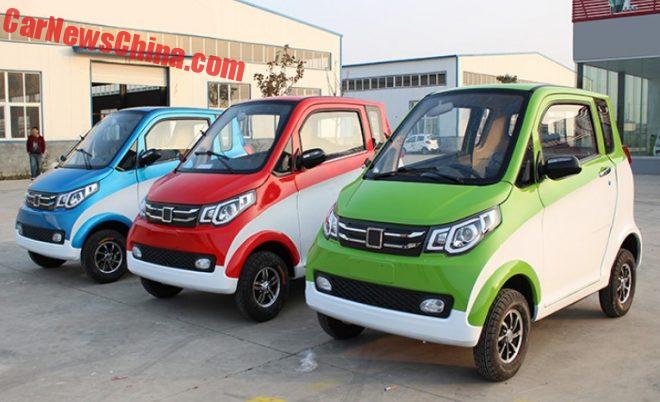 Fake Zotye’s in every color. I will have mine in red. We can’t wait for Zotye’s next move. Are they going to court? Or are they going to clone-clone the Tieka T200..? That wouldn’t be such as bad idea, Zotye isn’t into the LSEV market yet anyway, and there is a lot of money to be made. Over to you, Zotye..!