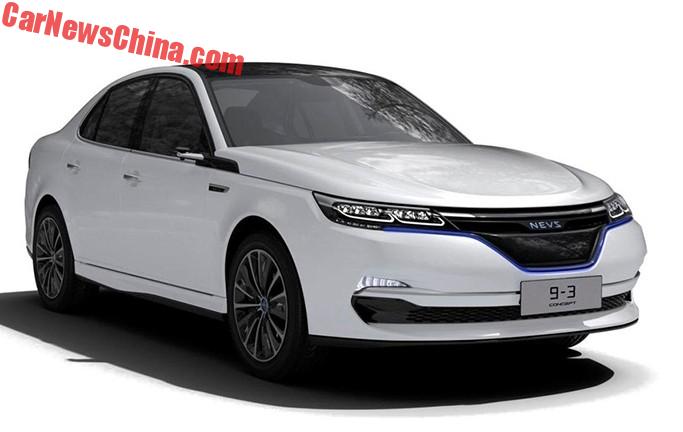 NEVS has released official images of the 9-3 and 9-3X concept cars, previewing an electric sedan and wagon, both based on the last generation Saab 9-3. The concepts will be unveiled on June 7 on the CES Asia in Shanghai. Design is still very Saab but NEVS has added a fine looking new front with a black grille with a blue line (blue is the color of green in China) and small LED lights that shine like diamonds.

NEVS does not have the right to use the Saab brand on their cars but they don’t mind using it on their website, which otherwise isn’t very informative. 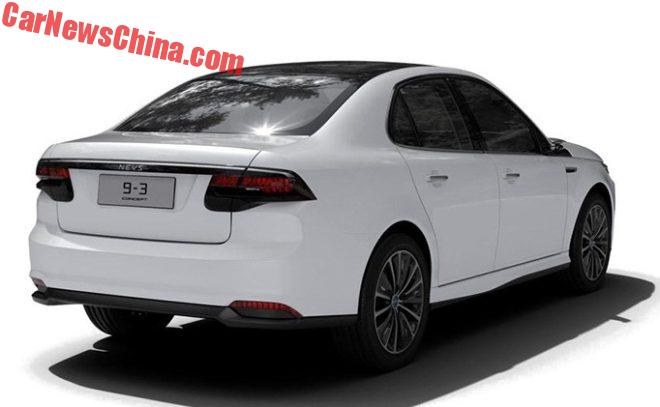 The company doesn’t have a real logo yet, their badge is just NEVS.

Technical details about the NEVS 9-3 are still very scarce; NEVS only says that range will be about 300 kilometers. The cars will be equipped with a WiFi hotspot and an air purifying system. Software updates will be delivered wireless and at any time. NEVS also appears to be working on a car sharing scheme.

They have signed a deal with Chinese company Contemporary Amperex Technology Co., Limited (CATL) to supply the batteries, and they are also working on a hybrid variant of the 9-3.

The NEVS 9-3 and 9-3X will be manufactured in a new factory in Tianjin in China. The first 150.000 vehicles will go to Panda New Energy, an EV-leasing company based in Beijing. But the Swedish side of the operation is still alive as well; NEVS lists ten vacancies in Trollhattan. 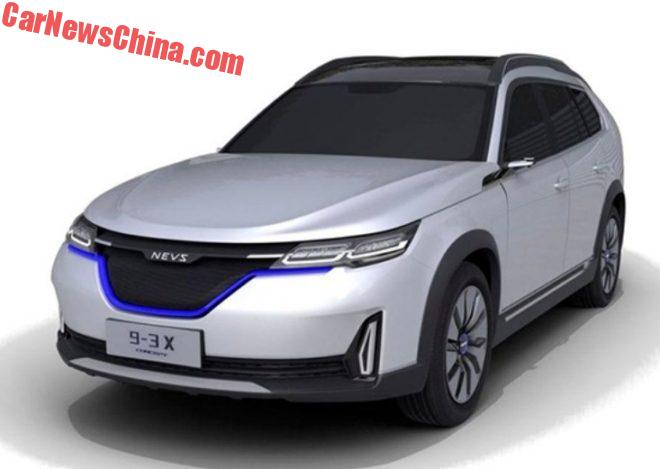 The NEVS 9-3X wagon is the sporty one with a different bumper and black wheel arches. The roof appears to be raised a bit, looking somewhat odd. Perhaps they are hiding a solar panel there. 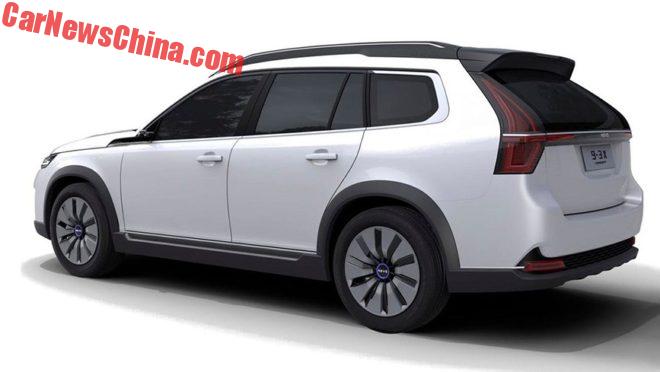 Rear lights are beautiful. It is yet unsure whether NEVS is going to offer the 9-3 and 9-3X on the general passenger car market. For now they seem to focus purely on leasing companies. That seems to be a bit of a shame; the cars look attractive enough and the ‘Saab-heritage’ marketing might as well work.

But customers could get a little confused…