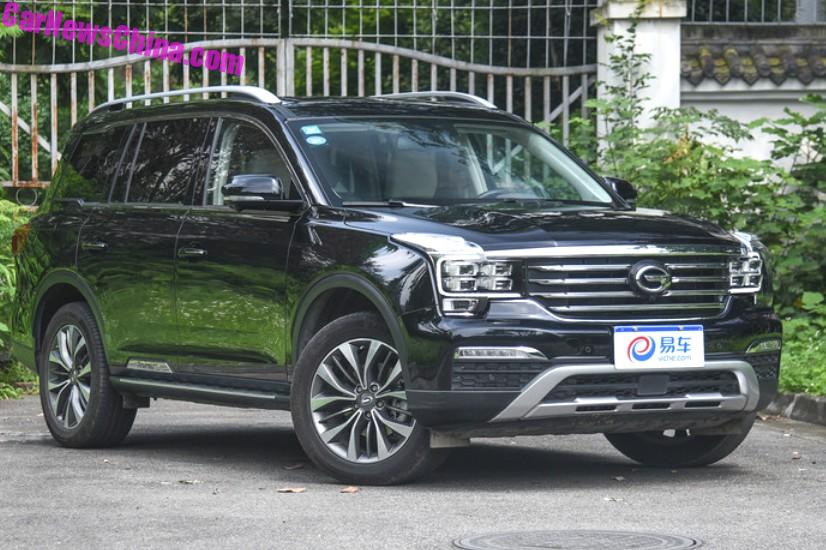 It was the day when all Americans woke up to see the war. The Trade War that was declared by their president.

The main target? China, its economy, trade policy, and goods that are worth $34 billion approximately. This is a pretty impressive sum, isn’t it? Trump put tariffs on Chinese goods in the beginning of July. One of the industries that seem to suffer the most from them is car production.

At least, thats what POTUS current administration is absolutely sure about. But these guys could never be more wrong.

What was an initial intention behind such a move? Make America great again! This is practically the only intention of Mr. Trump. But its not like hes getting any closer to that dream of his.

China is a global leader in trading. It produces an enormously vast variety of goods, starting with food and clothes and ending with cars and ships. And there are many Chinese cars in the USA. This fact doesn`t satisfy President of the USA very much, and it seems only natural because he wants the American car industry to get back in a saddle.

However, there are too many factors that he got horribly wrong.

We want to tell you the whole story.

As you know, Trump’s erroring isn’t a rare situation. If he got his wife`s name incorrectly (yep, he once called her Melanie instead of Melania), we obviously needed some help with gathering tons of relevant and accurate information.

That`s why addressing a team of researchers and writers from papercheap.co.uk was a good idea because these guys just know how to choose valid facts and write great papers based on them.

Does China Export That Much to America?

It does but it has nothing to do with cars. Many retailers, for example, produce their goods in China despite the fact that their headquarters can be situated in London, Paris, or New York.

Have you seen those memes, spread all over the Internet, about how many pairs of American jeans were actually produced in the USA? The number is very close to zero. China is a much cheaper option when it comes to manufacturing, and it doesn`t have as strict ecology laws as the EU or the USA do.

The same is with electronics. All those nice and shiny gadgets make their way to the US from the marvelous country in East Asia.

However, the situation with cars is different. Will these new tariffs have a negative impact on the Chinese economy in general? Yes!

Will the car industry suffer that much? Nope, not really. Because China doesn`t export than many vehicles to the USA.

Does it say anything to you? Okay, let`s compare these results to the biggest automobile producing monsters in the world.

Germany is an absolute leader with $160 billion. Then comes Japan with $90 billion, followed by the United States with the still impressive sum of almost $54 billion.

China seems to be running far behind, but this situation doesn’t bother its government much. Why?

Because they dont need to sell cars overseas if they have millions of domestic buyers! Its as simple as a pie. And the scale of automobile import is getting smaller in China, which allows domestic products fill in all blank spaces.

Yes, this country still depends on imported cars. But year by year its becoming more independent. So, those tariffs on automobiles dont make much sense. At the moment, the Chinese economy has a great balance between the supply and demand. And this balance remains strong due to the fact that the people of PRC are consuming more and more.

If you type in “Chinese are consuming more…,” you`ll see dozens of various suggestions from Papa Google because this country is on fire when it comes to buying stuff.

The Chinese choose meat (they consume a quarter of all meat produced on the planet), coffee (this beverage has become insanely popular just recently), and more importantly, luxurious goods.

China is becoming richer, and soon it will most likely beat the United States. Beijing has a strong potential to become the largest economy in the world. That`s why more people will be able to buy cars.

Nevertheless, the number is going up fast and surely.

They Know How to Stay Trendy and Green

China has become very active in the electric cars market, and it`s becoming more and more recognized worldwide. This year Tesla has presented its new model at the Beijing Auto Show, and 100 new models from Chinese producers were unveiled as well.

The interesting fact is that the USA is becoming more dependent on automobile export to China because last year one out of every five Teslas was sold to China, where the government is encouraging citizens to buy electric cars.

However, Tesla is facing some serious challenges in the Chinese market because over the last couple of years 23 new electric vehicles brands have popped up in PRC.

So watch out, the automobile world! China is introducing serious competitors to the market.