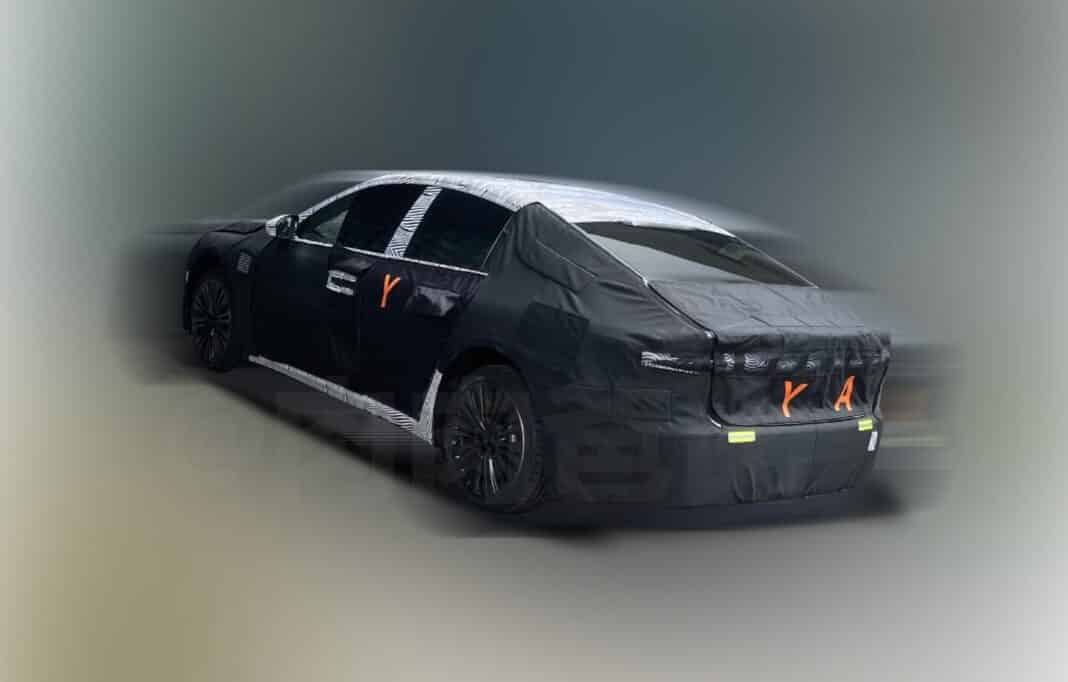 NIO used to conduct NIO Day either at the end of each year or early next year, unveiling brand new models. On the 2020 NIO Day, the brand unveiled its smart pure electric flagship sedan ET7. However, the brand is yet to start deliveries which will begin from next year. Recently, a Weibo user named Rourou Dad posted a set of spy photos of the brand-new mid-size sedan. The new car will be called NIO ET5 and will be positioned below the flagship sedan ET7. The 2021 NIO Day will be held in Suzhou and will start on December 18.

As usual, the spy photos of the test car are covered with camouflage. But if you look closely, you will find that the ET5 has a very similar front profile to the ET7. The shape of the lights is roughly the same and reflects the appearance of the NIO “ET” family car. In addition, it will also use the hidden door handles and the multi-spoke large-size pure black wheels that also highlight the texture.

On the rear part of the car, the new car’s slip-back style is visible. The brand also continues the streamlined style on the ET5. It helps the car to have good wind resistance. In addition, according to the design language of the NIO car, the through-the-round taillights are also expected to be seen in the new car. In terms of size, the new vehicle will be smaller than the ET7 model. There are rumors that the car will rival the Xpeng P7 in the future. The wheelbase of the car will be between 2.8 meters and 2.9 meters.

The interior is expected to follow the design of the NIO ET7. The instrument panel and the central control screen are separated. Below the main screen, there will be some function buttons and shift mechanisms. At the same time, the classic configuration of NIO Nomi in-vehicle artificial intelligence will be available.

In addition, the lidar system mounted on the ET7 will be coming with the ET5. It will improve a lot in autonomous driving and intelligent safety. The NIO ET5 will also come with the battery swap system. It is one of the highlights of NIO. NIO’s European spokesperson confirmed that the battery swap would reach Norway by the end of this year.

In terms of power, the ET5 will use a second-generation electric drive system like the flagship sedan ET7. The power output of the NIO ET5 will be lower than the NIO ET7. We should wait for the 2021 NIO day to know the exact power figures of the vehicle.

As an entry-level model, the price of the NIO ET5 should be between 300,000 and 400,000 Yuan. The ET5 is expected to shake the market at this price. In addition, to produce cheaper models, NIO will launch sub-brands in the future. Those brands will be focusing on the lower-end electric vehicle market.