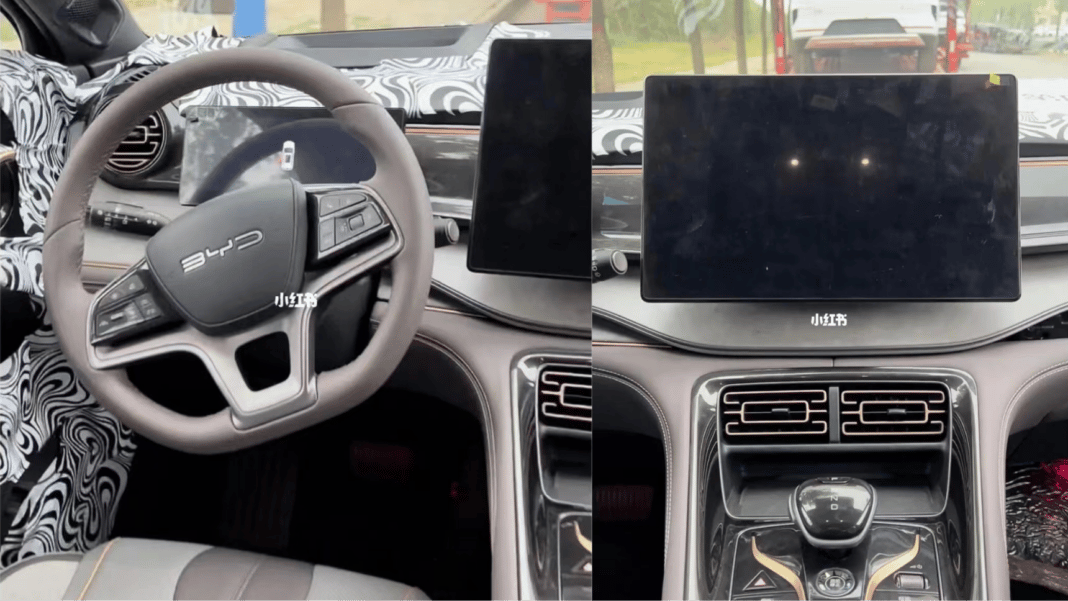 The BYD Corvette 07 (also known as Frigate 07) is a PHEV SUV, based on the X Dream concept car, shown in 2021. Its interior was exposed in China with a huge rotatable screen. It stays in line with BYD’s Warship series. Let’s get to know it better.

What Is BYD Corvette 07

As mentioned, the BYD Corvette 07 is a PHEV SUV. Its Chinese name was revealed in March 2022 as ‘护卫舰’ (Huweijian). This word can be translated as ‘frigate’ or ‘corvette’. Since BYD hasn’t shared its international name, we will continue to call it ‘Corvette 07’. It will become a new vehicle in BYD’s Warship series that focuses on making PHEVs for a relatively young audience.

We have already seen its interior in March 2022. But now we get more detailed images. Its interior has plenty of similarities with the BYD Destroyer 05. The BYD Corvette 07 has a three-spoke steering wheel, a compact instrument panel, an HUD, and a huge floating rotatable main screen. We don’t know its diameter yet. But it seems like it is the same as the 15.6-inch screen in the Destroyer 05 interior.

The center tunnel of the Corvette 07 got a monostable gear selector and some hard buttons. Worth mentioning that we can see a switch from EV to HEV mode there. Another fine detail of this BYD SUV is fine bronze trim that is everywhere in its interior.

Previously, BYD was reported to start the Corvette 07’s production in May 2022. By the end of the year, it plans to produce 61,700 Corvette 07s. We will keep an eye on this exciting SUV, so stay tuned!