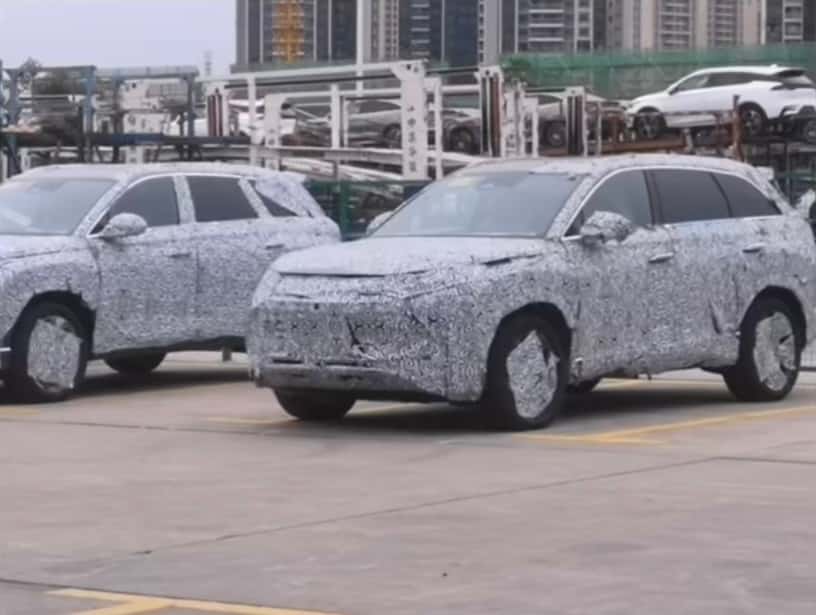 BYD Corvette 07 was spied testing in China. This PHEV SUV belongs to the new BYD Warship series. The Corvette 07 can run up to 200 km in fully electric mode. The production of this SUV will start in May 2022, with deliveries in H2 2022.

It is easy to get misplaced in all of BYD’s series. This brand has Dynasty-series, Ocean-series, and the newest Warship-series. So before we speak about the BYD Corvette 07, let’s have a glance at the new Warship series. This series focuses on mainly making PHEVs and is aimed at a young audience. These “Warship-cars” are based on BYD’s e-platform 3.0. The first car in this series is the BYD Destroyer 05. The names of this series’ cars look complicated, and in November 2021, we were curious what the second car’s name would be in the Warship series. And it’s appeared to be a “Corvette 07”.

After a quick review of the Warship series, we are ready to crack on with the Corvette 07 car. And we will start with a few flashbacks to this SUV’s story.

The Corvette 07 is based on the BYD X Dream concept car. This car’s major feature was the all-new dragon face design with a trapeze form grill and lights of the Chinese knot shape inside of it. The other fine details of this car were pop-out door handles and suicide doors.

In February 2022, BYD applied for a patent on the design of the new SUV. It has maintained the X Dream design with a few changes. BYD refused to use suicide doors and added side-view mirrors instead of cameras on the car body.

And in March 2022, we have got detailed images of this SUV in camouflage. It is clear that it is a car from a patent because of the general body shape and long narrow lights. The spy shots also show pop-out door handles and rear lights with a knot shape.

The spies also shot the name of the car. It is 护卫舰07 (Huweijian 07) in the Chinese language. The translation is “Corvette 07”. It’s not clear why BYD stays with this specific number. In addition, the badge under the car’s name says “4.7”. And it is clearly the acceleration time from 0 to 100 km/h.

There are some spy shots of the Corvette 07 interior. It looks similar to the BYD Destroyer 05 saloon. The Corvette 07’s instrument panel screen and main touch screen seem to be similar in size to the ones in Destroyer 05 (8.8 inches and 15.6 inches, respectively). Most new BYD cars have the main screen that rotates portrait-landscape. So the one in a Corvette 07 is probably capable of it too. The center tunnels of these two cars are different. A Corvette 07 has got a monostable gear selector. The car in the images has a black and blue color scheme. We can see it on the steering wheel.

In addition, information about Corvette 07 has also leaked on the Net. According to it, this SUV’s drivetrain’s name is DM-i 4.0. It comprises a 1.5-liter turbocharged gasoline engine and electric motors. According to the information from the document, it has 4wd and can run up to 200 km in a fully electric mode.

The production of the BYD Corvette 07 will start in May 2022. In April, BYD can unveil it at the Beijing Auto Show as a near-production concept. By the end of the year, BYD plans to produce 61,700 Corvettes 07.