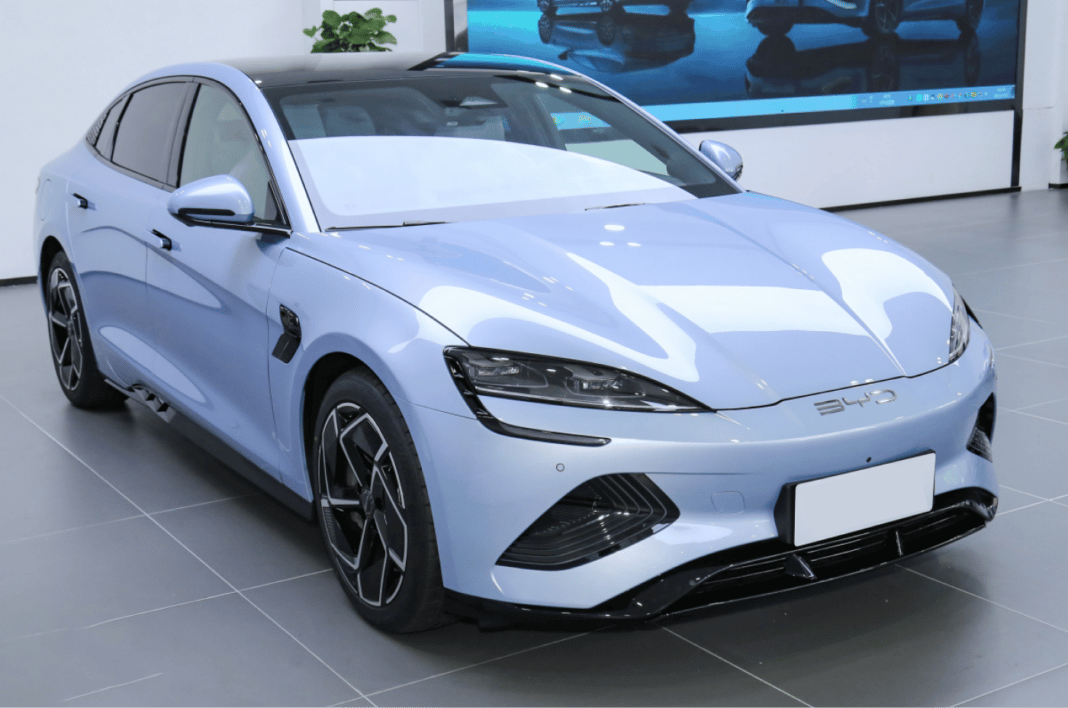 The BYD Seal was launched in May 2022. Now its sales have started in China. The Seal is an electric sedan with up to 700 km of range and 530 horses with a starting price of 209,800 RMB (31,180 USD). It also features the newest BYD e-platform 3.0 and adopts CTB (Cell to Body) technology. Later, the BYD Seal would launch in Australia branded as BYD Atto 4. Let’s get acquainted with the BYD Seal.

We will start with some basic information about the BYD Seal. It is a sporty four-door sedan with a smooth shape and drag coefficient of 0.219 Cd. Some folks say that the Seal’s appearance is close to the Porsche Taycan due to its overall design and headlights. We won’t judge the design of the Seal, but we’ll highlight that its drag coefficient is slightly better than the Taycan’s (0.22 Cd).

The Seal’s interior has a lot of ‘ocean’ styling. For example, the air vents of the Seal have a wavy pattern and are decorated with a delicate blue trim. The steering wheel of the Seal has three spokes and a flat bottom. Its shape looks like a fish’s tail. As for the main screen, it has a 15.6-inch diameter and can rotate landscape-portrait. The entry-level Seal got 10 speakers. But the costlier models go with 12 Dynaudio speakers. The cheapest Seal also lacks front heated and ventilated seats, a 220 V plug, ambient lighting, etc.

As mentioned, The Seal stands on the e-platform 3.0. Its main benefits are safety, space, and comfort. It also has CTB (Cell to Body) technology. It means the Seal’s battery is integrated into the frame. With CTB technology, the Seal’s floor is the top cover of the battery. It may sound dangerous, but according to BYD, the Seal’s battery can handle a 50-ton pressure. Another benefit of the CTB technology is the torsional rigidity of 40,000 Nm/degree. It is slightly less than the Porsche Taycan, with 42,000 Nm/degree.

BYD is also very proud of Seal’s iTAC (Intelligent Torque Control System). It can control each wheel’s speed by more than 50 ms in advance. BYD claims that the iTAC system allowed the Seal to pass a moose test at 83.5 km/h.

All in all, the Seal is a really exciting EV. Chinese customers think the same, as it was pre-sold 22,637 times in six hours after launch in May this year. We will keep an eye on the BYD Seal, so stay tuned!