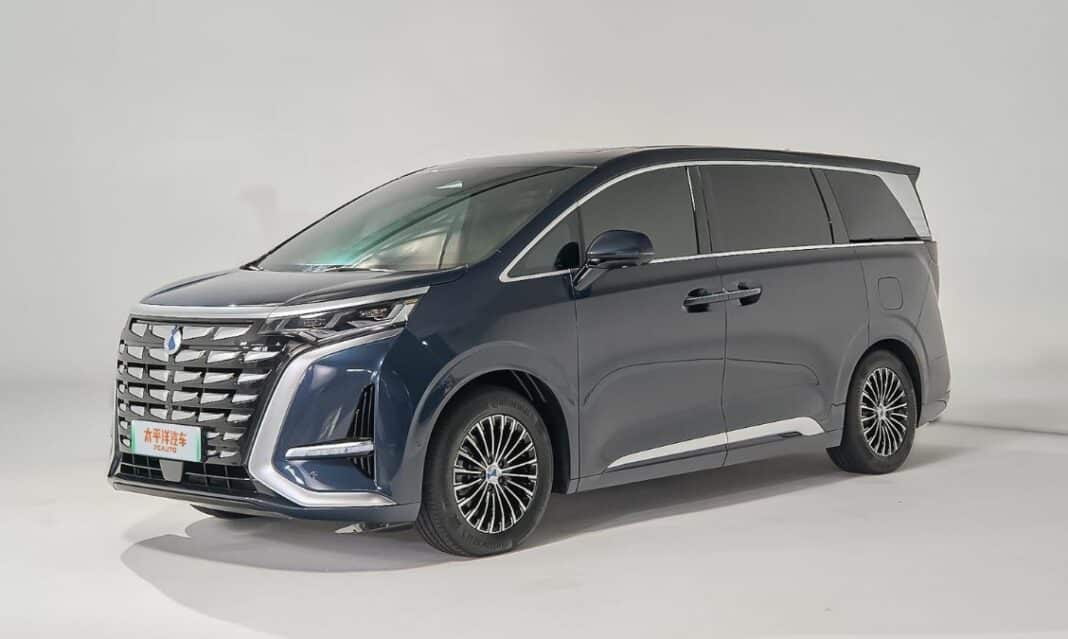 The BYD Denza D9 show car will arrive at dealers next week, according to Zhao Changjiang, General Manager of Denza’s sales division. Zhao also shared that he is currently preparing for Denza D9’s upcoming launch conference and that a coupe will be launched in the near future. Previously, Zhao announced that delivery will begin in late August.

The D9 is the first of three new Denzas to launch this year. The Denza series will launch five more products in the future called the D, E, N, Z, and A, based on the name DENZA. Earlier on July 19, Zhao announced that the Denza D9 amassed 30,000 pre-sales in two months after its launch on May 16.

The driving range for the hybrid models is between 945 and 1040km, with 190km of pure electric range, up to 80kW DC fast charging, and fuel consumption as low as 6.2-liters per 100km. The hybrid versions see a 1.5-liter turbocharged petrol engine mated with an electric motor in the new EHS170 electric hybrid system and a 3-in-1 rear-drive hybrid assembly.

The driving range for the electric-only version is over 600km with a maximum charging power of 166kW.

The interior comes with seven screens, three in the front (a 10.25-inch instrument panel, 15.6-inch central control screen, and heads-up display), two on the front seatbacks, and two in the second-row armrests. There is also a refrigerator between the front seats, accessible by those in the second row.

With 200 new offline stores opening in 68 cities across China, it’s clear the brand is ready to make some noise. If the D9 is anything to go by, Denza could be China’s next big success and will be a brand to watch with great interest going forwards.