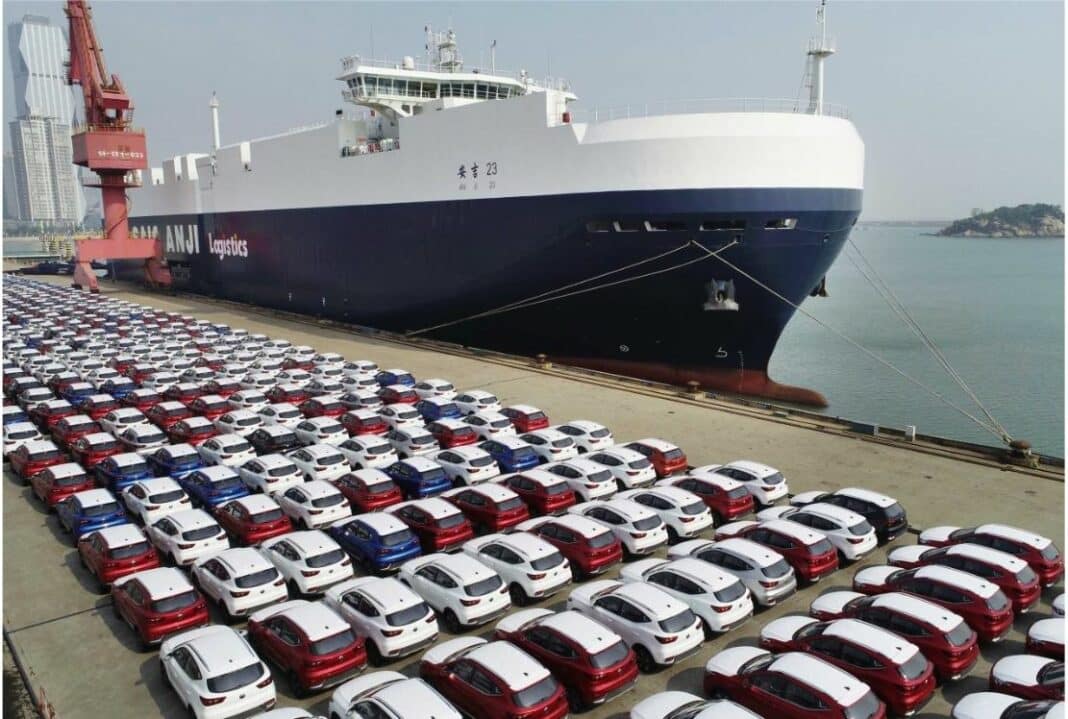 In the first ten months of 2022, China exported 499,000 new energy vehicles (NEVs), a year-on-year increase of 96.7%, according to the China Association of Automobile Manufacturers (CAAM). The performance in the first 10 months alone in 2022 already outperformed 2021’s total export volume of 310,000 NEVs. Driven by this strong momentum, China’s total auto exports are expected to reach 3 million units by the end of this year, becoming the world’s second-largest auto exporter.

NEV is a term widely used in China that comprises three types of vehicles: BEVs, PHEVs, and EREVs (range-extender). Worth highlighting that HEVs and MHEVs don’t belong to NEVs.

On September 13, more than 10,000 SAIC electric vehicles were exported to the European market from Haitong Pier in Shanghai. On September 26, the first batch of Dongfeng’s new energy vehicles was exported to Norway.

CAAM was founded in Beijing in May 1987 and consists of organizations engaged in the production and management of automobiles, auto parts, and vehicle-related industries. It aims to promote the rapid development of the automotive industry in China. CAAM is a permanent member of the International Organization of Motor Vehicle Manufacturers.