BYD Produced The 3 Millionth NEV. It Is BYD Seal 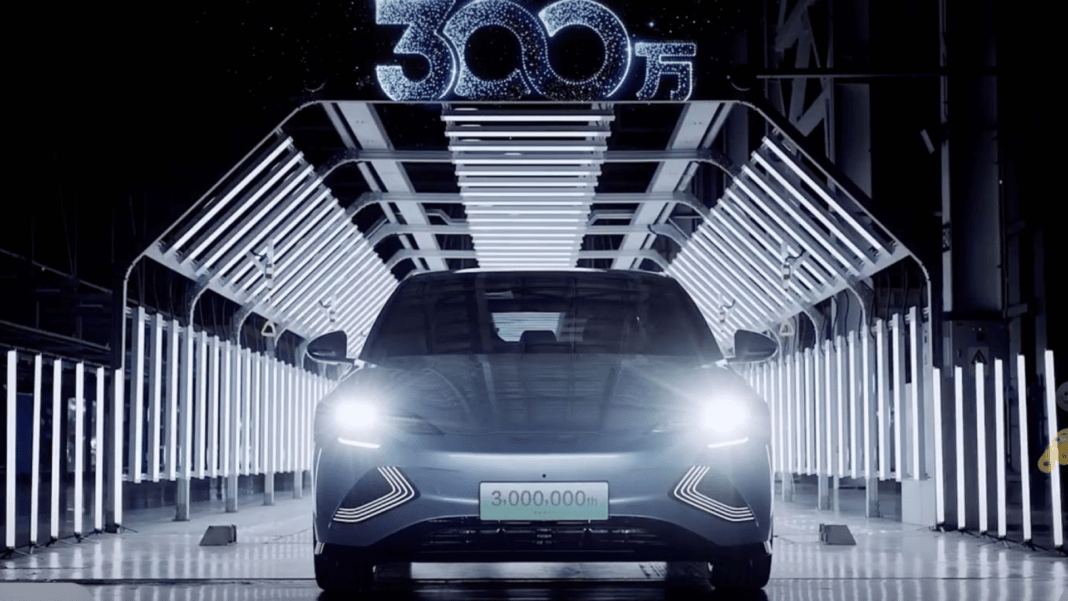 Today, BYD has produced the 3 millionth NEV, challenging Tesla. It has appeared to be the BYD Seal sporty electric sedan. BYD mentioned that it has taken only a half of the year to produce 1 million NEVs. Let’s get acquainted with the BYD’s important milestone.

We will remind you that NEV is a term widely used in China. In simple words, it comprises three types of vehicles: BEVs, PHEVs, and EREVs (range-extender). Worth highlighting that HEVs and MHEVs don’t belong to NEVs. In China, BYD is the standout performer in terms of NEV production and sales volume. At the beginning of 2022, BYD even stopped producing ICE vehicles, focusing on BEVs and PHEVs only. A lot of local analysts suggested this move will allow BYD to grow its NEV market share.

As mentioned, on November 16, BYD has produced the 3 millionth NEV. It appeared to be the Seal sporty sedan. Worth mentioning that its owner is Wang Shuang, a famous Chinese female football player. What is it: a coincidence or the company’s PR-move? Only BYD knows.

By the way, BYD reported that it took 13 years for it to produce its first million of new energy vehicles. In May 2022, BYD’s 2 millionth NEV rolled off the production line in China. And it has taken only a half of a year to produce the 3 millionth one. This statistics clearly show how fast BYD has been developing last few years.