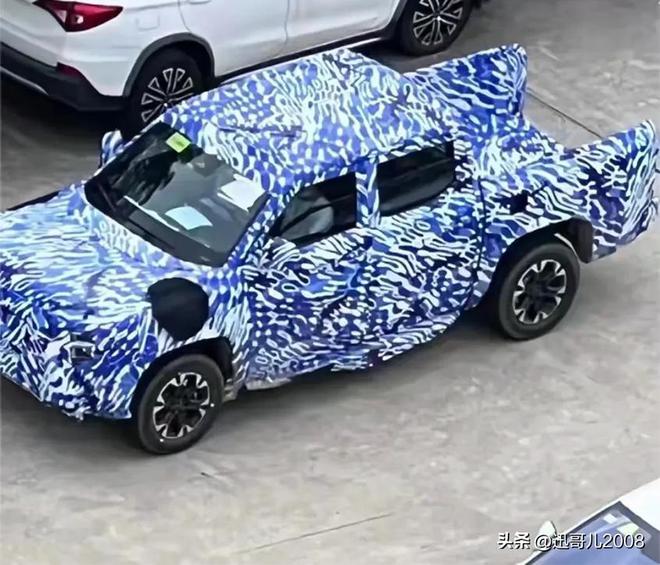 Spy photos of what appears to be a BYD pickup truck have surfaced on local Chinese media. BYD had earlier announced plans to launch a new high-end NEV brand, along with another brand, in 2023. Rumors making the rounds suggest that the spotted pickup truck will wear the nameplate of the new brand.

The spy photos show a pickup truck tightly wrapped in camouflage with a small rear cargo bed. If the rumors are true, then the BYD pickup truck will be the first model of the automaker’s new brand.

On November 16, during the ceremony to mark the automaker’s three millionth model, BYD’s Chairman, and President, Wang Chanfu, revealed that the company would launch a brand in addition to Yangwang. The Yangwang brand is a high-end NEV brand to be launched in Q1 of 2023 with an off-road vehicle as its first model. BYD stated that the price range is expected to be 800,000 yuan to 1.5 million yuan ($110,280 – $206,763).

On the other hand, this new brand will likely have a lineup of hybrid and pure electric cars focusing on the pickup truck market. Wang also hinted that the new brand is specially designed to focus on building custom cars for users. The automaker previously announced plans to build pickup vehicles with pure electric and hybrid powertrains in 2023. Although BYD is the leading Chinese NEV automaker, with over 217,816 units shipped worldwide in October alone, it has no offerings in the pickup market.

Great Wall Motor leads in this category with 15,697 pickup trucks sold in October, while SAIC Maxus and JAC sold 6,217 and 4,187 units, respectively, in October.

We will continue to track the progress of this new pickup and bring you regular updates.