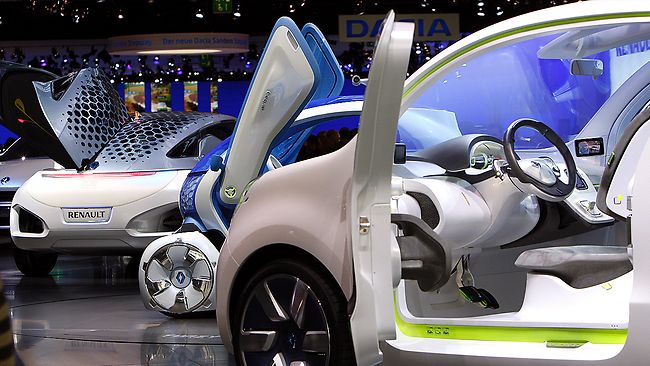 FRANCE has ordered its intelligence services to investigate claims that Renault has fallen victim to industrial espionage on behalf of China.

The inquiry comes after the suspension without pay this week of three Renault executives suspected of leaking details of confidential programmes involving the development of electric vehicles.

The incident has been described by France as an act of economic warfare.

Bernard Carayon, an MP with a keen interest in questions of national security, confirmed media reports that China was believed to be behind the plot.

The allegation was backed by “proven, diverse and reliable sources”, he said.

The executives have been named by the French media as Michel Balthazard, vice-president of pre-engineering, projects, his deputy Bertrand Rochette, and Matthieu Tenenbaum, deputy director of electric vehicles.

Mr Balthazard has worked for Renault for 30 years and is a member of the company’s management committee. He has taken charge of projects such as the launch of the third generation of Laguna saloons.

Mr Tenenbaum said he was “staggered and bewildered” by the allegations, which he rejected as baseless.

The three are alleged to have divulged programs not yet patented by Renault to intermediaries likely to have supplied the information to Chinese companies, according to a French government source.

French media said they had been paid, although the government source did not confirm this. Le Figaro reported that the leaks concerned batteries and other components.

Renault fears that the technology will be copied by rivals, which will then file for a patent themselves. The French group has filed for 56 patents on electric cars and is preparing to ask for a further 149.

The espionage claims strike at the core of Renault’s industrial strategy, which is driven by the belief that electricity will replace petrol as the main source of power in the family car market.

Whereas other Western manufacturers have been developing hybrid cars, Renault and its Japanese partner Nissan have spent €4 billion ($5.2bn) on creating a new generation of all-electric engines.

The project is continuing to cost €200 million a year.

The two groups have spent €1.5bn alone on batteries designed to overcome the main flaw with existing electric vehicles – the need for them to be put on charge for several hours after a couple of hundred miles.

Renault will launch two battery-powered vehicles, the Fluence and the Kangoo Express, this year and is working on two others, the Zoe, and the Twizy.

Beijing is also seeking to push environmentally friendly engines to reduce the exhaust fumes that account for about 70 per cent of air pollution in China.

Officials announced rebates on electric and hybrid cars this year and are reportedly drawing up a plan to invest $US15bn ($15.05bn) in the sector over the next decade.

Roger Faligot, a French intelligence expert, said: “The big Chinese groups have big research and development budgets, part of which is used for intelligence with important sums used to buy people.”

But an American diplomatic cable made public by WikiLeaks this week suggested that France engaged in its share of industrial espionage.

It quoted Berry Smutny, chief executive of OHB Technology, a German satellite maker, as saying: “France is the evil empire stealing technology, and Germany knows this.”

Mr Smutny reportedly said that the French inflicted more damage on the German economy through spying than China and Russia put together.