Ford to Invest $1.1 billion in China 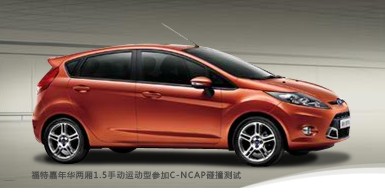 Ford seems to wake up. It finally invests some money in the biggest car market in the world. It still ain’t much, what can one do with 1.1 billion dollars these days? Money goes to a new factory in Chongqing and a increase in production of power trains and engines. The factory in Chongqing must bring Ford’s car capacity to 650.000 in 2012.

GM and Volkswagen both sold more than 1 million vehicles in China last year. Ford’s biggest problem is the lack of offerings, VW and GM each offer more than 15 different vehicles that are made in China and thus cheap. Ford? 6, including an ancient version of the Transit van.