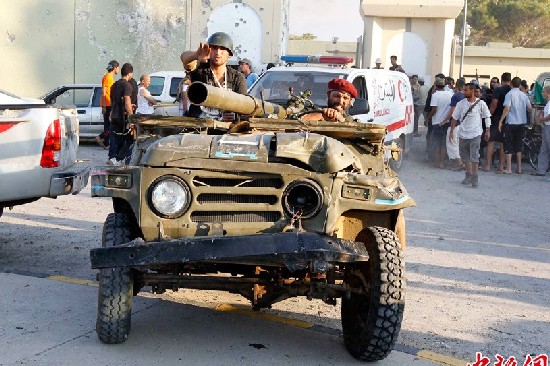 Pic published today of Libyan rebels liberation Tripoli, capital of Libya. The vehicle is a military version of the Beijing Auto Works (BAW) BJ212. It is likely an ex-Libyan army vehicle taken by the rebels. In good hands… This military version is called T75 -105. T75 is an army number, 105 stands for the size of the gun, 105mm indeed. 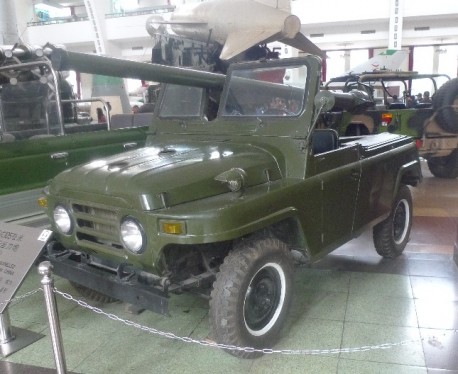 A 75-105 in the China Military Museum. the window had a split so the gunners could aim low if needed. The T75 was made from 1965 until the early ’80’s. It is currently no longer in service in the Chinese army. In Libya though, it still is. See also my article on a T75-105 toy.