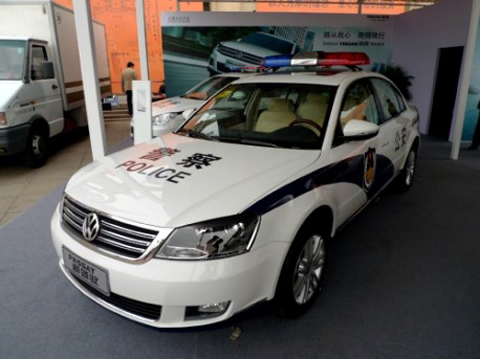 China said on Thursday it will ‘‘withdraw support’’ for foreign investment in car manufacturing to encourage the domestic industry in the world’s largest car market.

Some of the world’s biggest car firms, including GM, Honda and Volkswagen, have long had operations in China, but the state Xinhua news agency said the government would ‘‘withdraw support for foreign capital in auto manufacturing’’.The move, announced by the National Reform and Development Commission and the Ministry of Commerce, comes as car sales slump and Beijing tries to shore up the domestic economy against a forecasted slowdown.

The new obstacles to foreign car makers, due to go into effect on January 30, comes ‘‘because of the need of the healthy development of domestic auto making,’’ the NDRC and commerce ministry said, according to Xinhua.

The statement did not provide specific details of what the withdrawal of support might amount to, nor were they immediately available from either organisation’s website.

But the measure comes as China’s car sales slow and just 10 days after Saab was forced into bankruptcy following successful efforts by GM to block Chinese companies from acquiring the Swedish car maker.

Sales in the world’s biggest car market rose more than 32 per cent last year to a record 18.06 million units, but the sector has since lost steam after Beijing phased out sales incentives such as tax breaks for small-engine cars.

Car sales in China slid 2.4 per cent in November from a year earlier to around 1.66 million vehicles, marking the second straight monthly decline.

The moves against the international car sector come fast on the heels of Beijing’s decision earlier this month to hike tariffs on US passenger cars and sports utility vehicles with engine capacities of 2.5 litres or more.

The NDRC and commerce ministry also said China will ease restrictions on foreign investment in some sectors while lifting caps on the proportion of foreign capital in others.