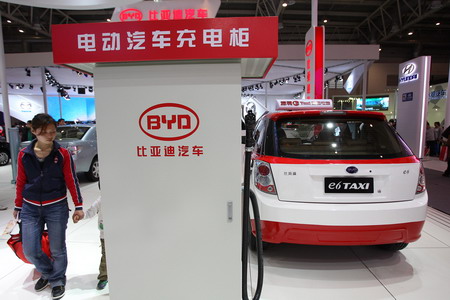 China will control the increase in auto manufacturing capacity and encourage mergers and reorganizations in the industry, according to a work report that Premier Wen Jiabao delivered at the nation’s legislature.

The government will promote new-energy vehicles and encourage the scrapping of old vehicles to reduce pollution, according to a separate report today by the National Development and Reform Commission, the country’s top economic planner.

China this year removed preferential treatment for foreign automakers on their Chinese plants as part of measures to prevent overcapacity in the world’s largest vehicle market. Automobile sales in the Asian nation may be having their worst start in seven years as a slowing economy and record gasoline prices keep consumers away from dealerships.

“The industry can’t just pursue capacity increase for its own sake,” Li Shufu, chairman of Zhejiang Geely Holding (175) Group Co., said in Beijing today. “We need to improve the use of existing capacity and upgrade our technology.”

The auto industry is among four industries listed in the government report where increases in capacity should be curbed. The other three are steelmaking, shipbuilding and cement production.

Deliveries of passenger autos, including sport-utility vehicles and light-goods vans, in the first two months of 2012 fell 3 percent from a year earlier, based on the median estimate of five analysts surveyed by Bloomberg. That would be the biggest drop since 2005, when they fell 8.9 percent, according to the China Association of Automobile Manufacturers, which will release industry data later this month.

China’s auto sales increased 2.5 percent last year, trailing growth in the U.S. for the first time in at least 14 years. Delivery growth slowed from the 32 percent rate in 2010, after China withdrew a two-year package of tax breaks and rebates.