Never Give Up: Spyker and Youngman will start two joint ventures 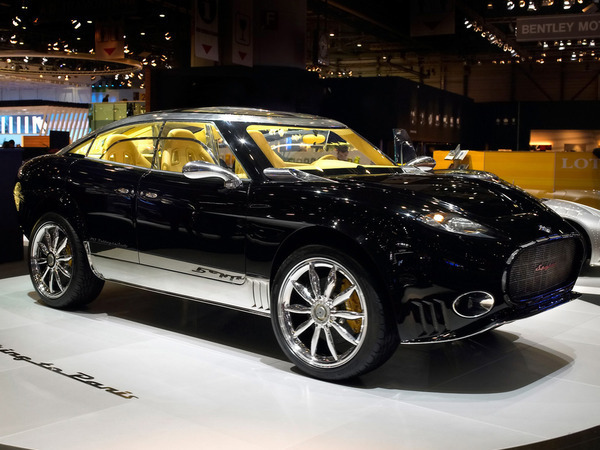 Spyker and Youngman announced on Monday they will set up two joint ventures. The first will own the rights to the Phoenix-platform that was developed by Saab and licensed to Youngman last year. This joint venture will be called ‘Spyker Phoenix’. Youngman gets 80% of this joint venture, Spyker 20%.

The second joint venture is aimed at developing the Spyker D8/D12 SUV (pic). Youngman invests 25 million euro, for which it will get 75% of the joint venture, Spyker will get the other 25%. Here Youngman has set eye on the booming luxury SUV market in China which will also see entries from Bentley and Lamborghini.

The now kinda infamous Phoenix platform will sprout not just one car but a whole range, says Reuters who quotes a Spyker spokesperson: “Spyker-Phoenix shall develop and manufacture a new full range of premium car models based on the Phoenix platform … (the) models will be positioned higher than the comparable Saab models were”.

An interesting construction indeed which will make Youngman the biggest stakeholder in Dutch Spyker. They will own 29.9% of the stock in Spyker and large majorities in the two joint ventures in which that same Spyker is the minority share holder. Spyker still makes, although production has been stopped for a while, the C8 range of super cars. By the way, it’s 29.9 and not 30 because under Dutch law a buyer has to make a bid for the full 100% of outstanding stock if he owns 30%.