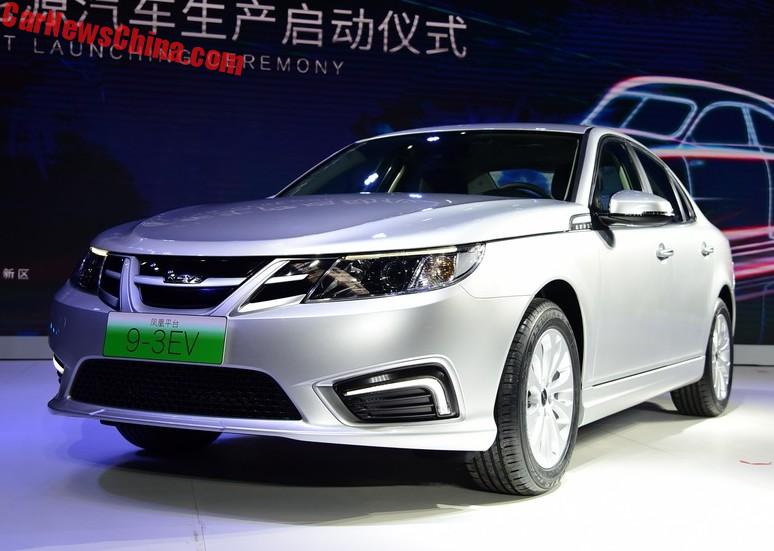 This is the final production version of the NEVS 9-3 EV, an electric variant of the good old Saab 9-3 sedan. It will be launched on the Chinese car market in July, aimed mostly at ride-sharing companies. NEVS (National Electric Vehicle Sweden) didn’t change much of the design: 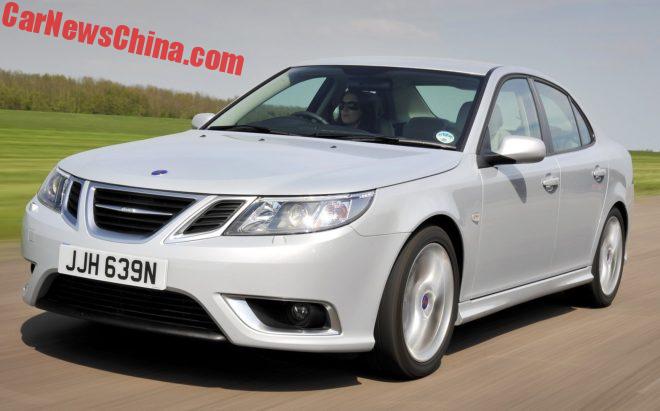 The bonnet of the NEVS 9-3 EV is a bit higher to comply with pedestrian safety regulations, they updated the grille a bit, the light units are new, new LED fog lights, a NEVS badge under the A-pillar, and yes they added new mirrors as well. 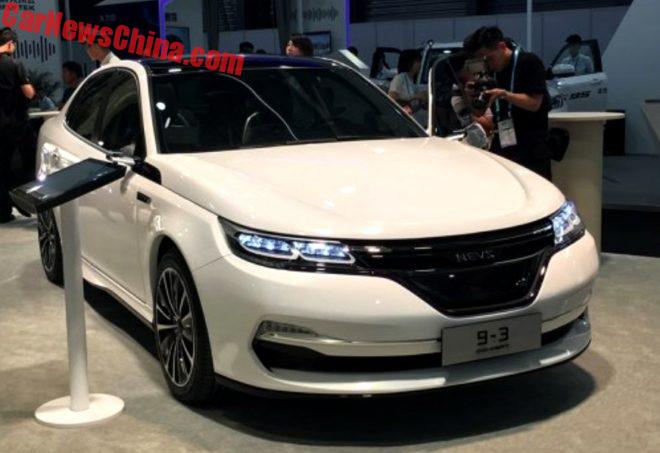 Back in June NEVS brought this concept to the CES Shanghai, with a lot more new design, especially around the front, which made the car almost look modern. But apparently these changes were too expensive to produce. 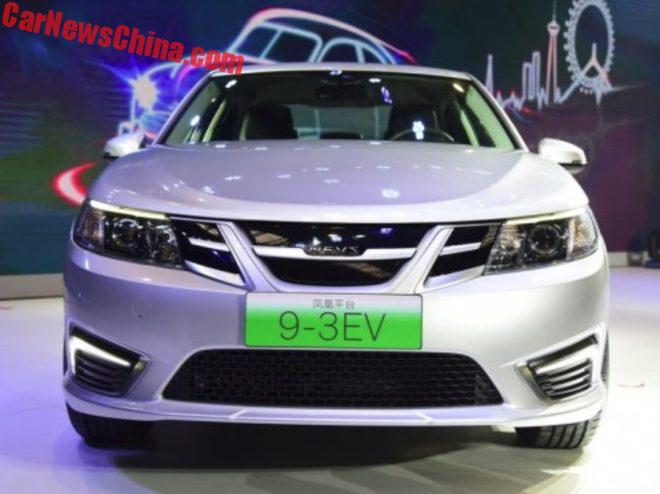 NEVS is owned by a Hong Kong based company called National Modern Energy Holdings, headed by the Chinese-Swedish businessman Kai Johan Jiang. The 9-3 EV is manufactured at new factory in the Binhai Hi-Tech Zone in the port city of Tianjin. Current annual capacity is 50.000 cars and that will grow to 220.000 within two years. Total investment so far is 4.2 billion yuan or $750 million.

The NEVS 9-3 EV is based on the Saab 9-3, which stood on GM’s Epsilon platform. The Phoenix platform was intended for the all-new 9-3, but that car never made it to the market. NEVS has been quiet about the platform, and that likely means they aren’t doing anything with it at the moment.

The electric motor of the NEVS 9-3 EV delivers 177 hp. NEVS has not made any official announcements on battery, charging, or range. 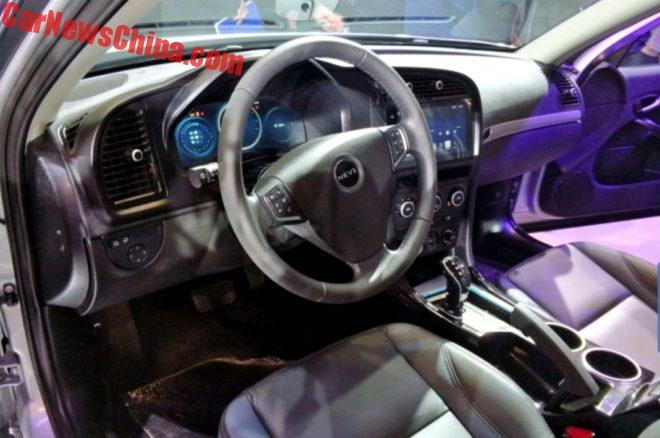 The interior is largely unchanged as well. NEVS even kept the knobs on the air vents! Steering wheel is the same, aircon controls are the same, and the handbrake is the same too. NEVS did fit a new instrument binnacle with a digital panel, a new lever, and they deleted the traditional Saab-keyhole on the center tunnel in favor of two cup holders. 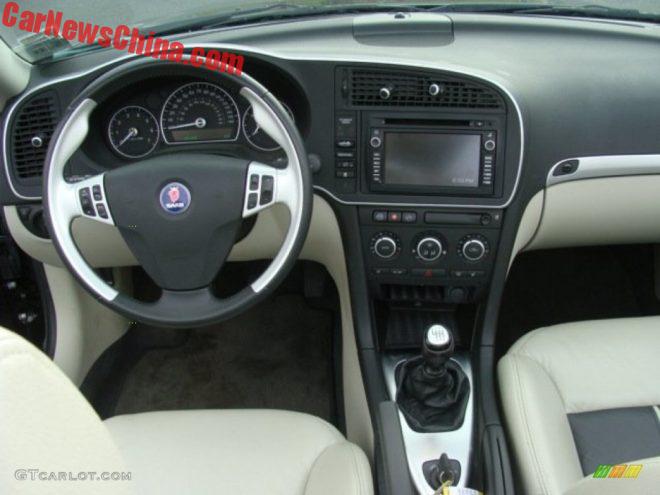 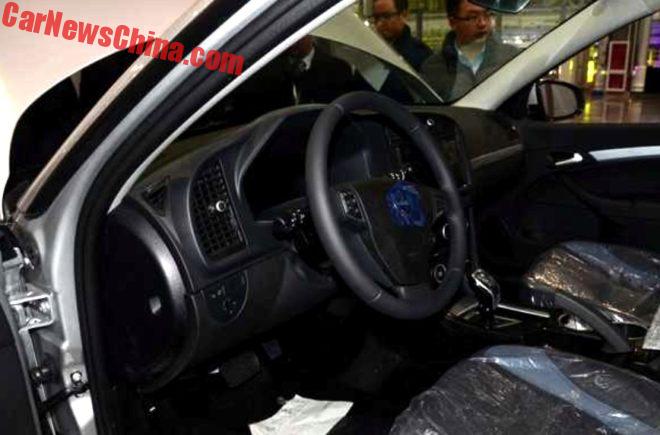 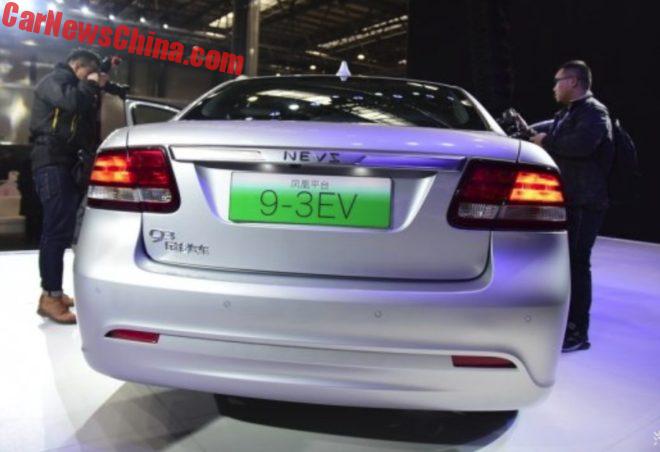 NEVS has an “strategic partnership” with DiDi Chunxing, China’s take on Uber. Under the agreement DiDi will buy a number of 9-3 EVs for their future fleet of electric cars. When this will happen exactly and how many cars Didi will buy is yet unknown. The 9-3 NEV will be offered to individual buyers too but with so many modern EVs on offer in China it is hard to see why somebody would go for a NEVS. 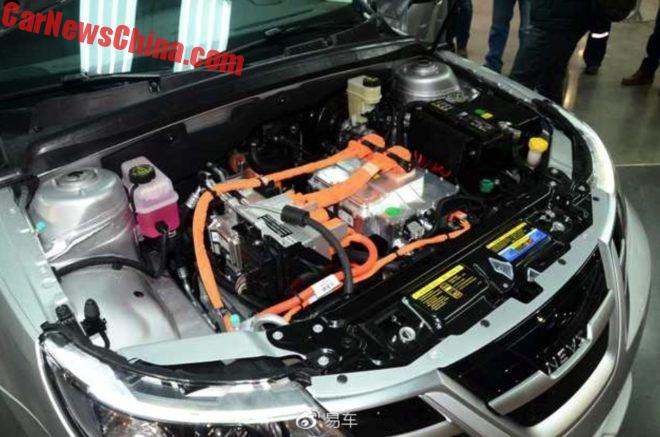 The electric motor under the bonnet of the NEVS 9-3 EV. 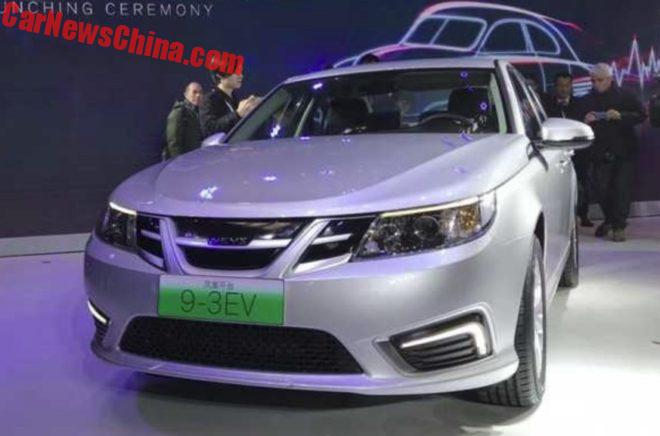 Note old Saab 93 on the backdrop in the background. NEVS would probably sell shiploads if they made a electric retro-version of that one!