Red Tank is a Coin Operated Kiddie Ride in China 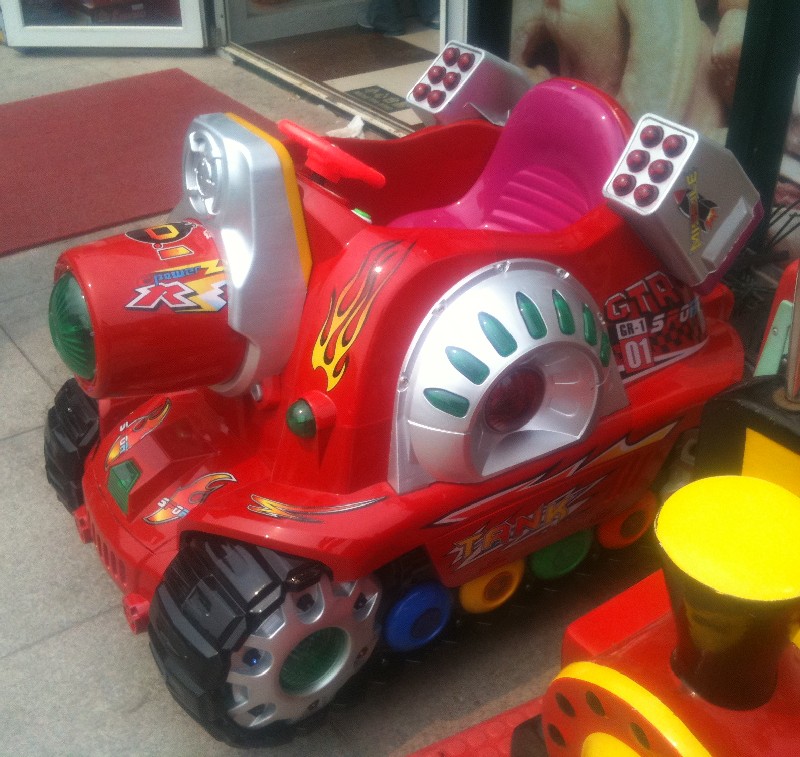 A very dangerous coin operated kiddie ride, seen in a faraway suburb of Beijing. The ride is made to look like a fire-breathing tank, painted in red, some silver and green. The tank is equipped with a large main gun, two anti-aircraft rocket launchers on the back, and barrel-less heavy machine guns on the sides. Price for all this pretty: 1 yuan for five minutes. 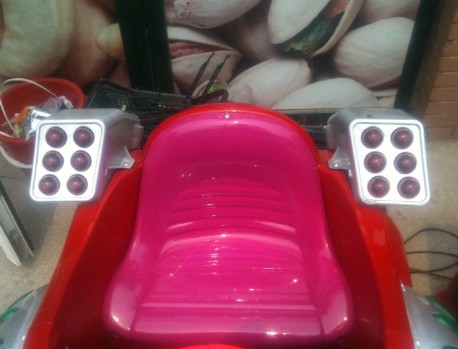 Two times six rockets against low-flying annoyances such as mothers and nannies. Seat in Pink. 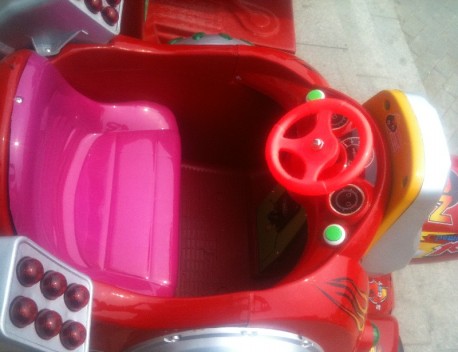 Green buttons ‘fire’ the rockets. Instrument panel rather small. Main gun sits right in front of driver for the best aiming-on-sight. Steering wheel is Pink again, but of another kind than the seat. 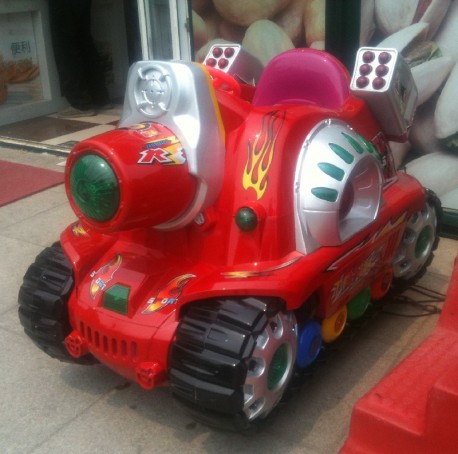 Wish I was two…