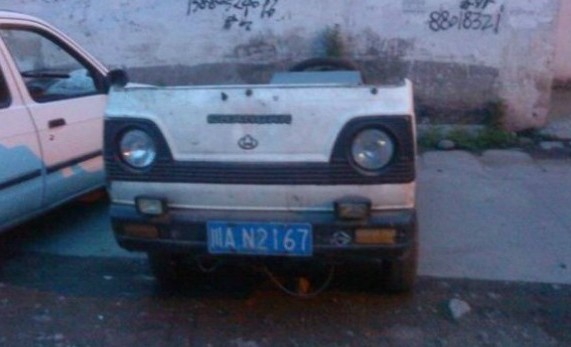 A spectacular Chang’an minivan seen in a rural area near the great city of Chengdu in Sichuan Province. It is well known that these simple vehicles with their ancient engines are basically indestructible, but this particular example beats all. 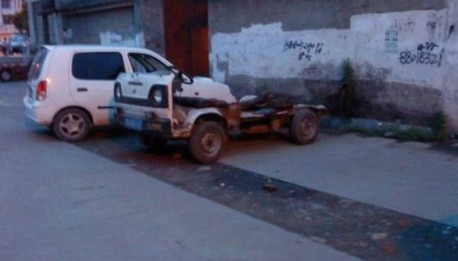 The whole bodywork is gone, except for a part of the front. The vehicle is still functioning and has a valid license plate. Cars like this are officially very forbidden in China but down country nobody really cares. 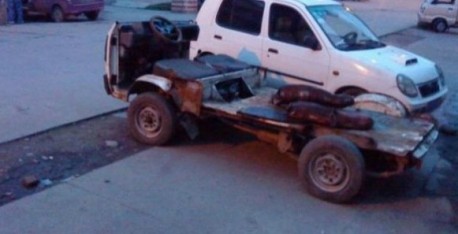 The engine sits under the seats. The original cargo bay has been replaced by a wooden bed. It seems the poor old Chang’an is being used for something that required a very low car, like working in a mine of some sort. 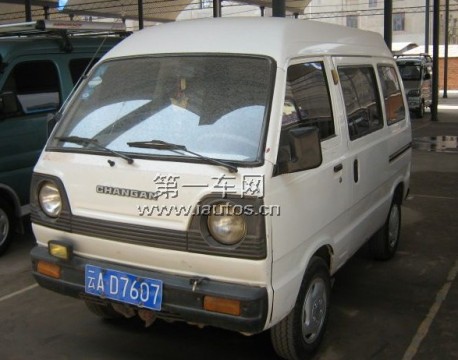 A complete example for reference. Round headlights indicate an older model. This white example was made in 1999 and can be yours for a mere 11.400 yuan or 1800 USD. Cheap for a future classic! Engine is the proven 1.0 three-cylinder with some 45hp, mated to a 5-speed manual.