Tree on the Move on the Road in China 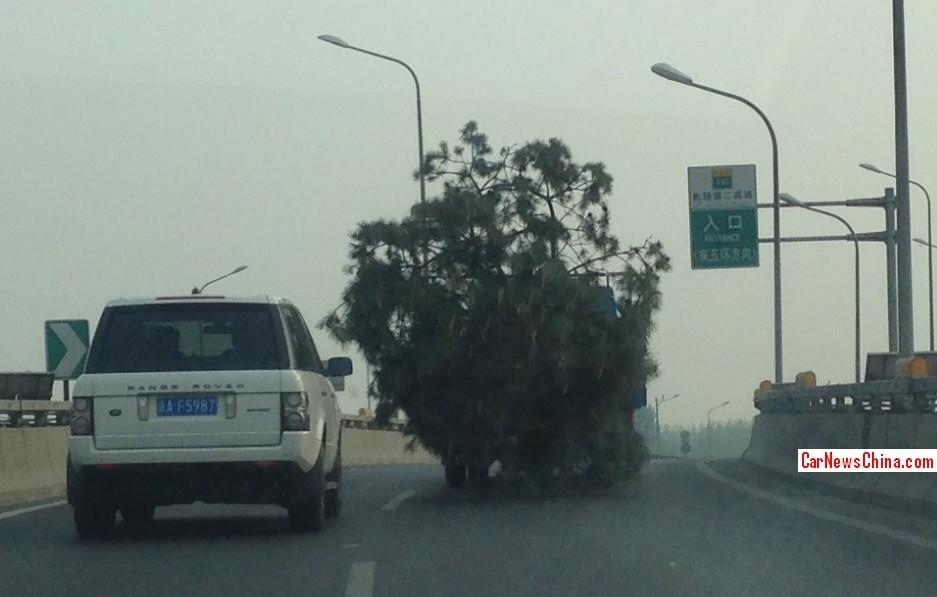 A tree on the move on the road, Spotted in China on an entrance to the Second Airport Expressway in Beijing. A speedy Range Rover tried to overtake but failed a many times. The tree didn’t really look safe either, wobbling around left and right. 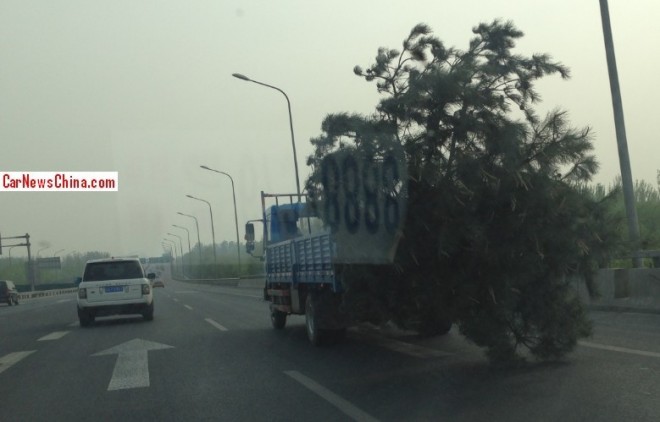 Once highway-born the Range Rover was gone. The tree is obviously far too large for the tiny blue truck, sticking out at least three meters with leaves on the asphalt.  Spring time = tree planting time in the capital, with thousands of trees moving into town from tree plantations in the faraway suburbs and countryside. 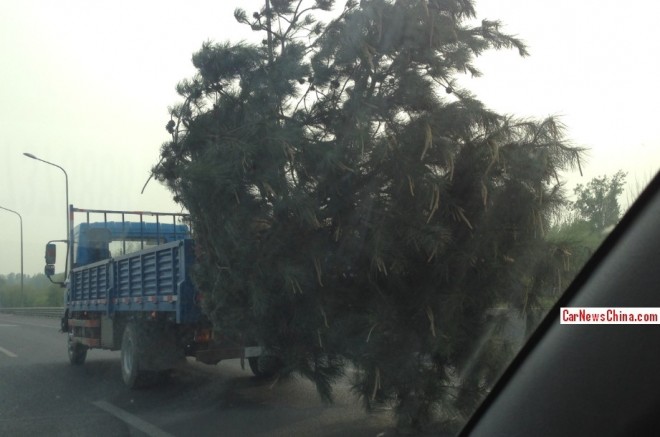 The area on the east side of the Second Airport Expressway is just such a place, with about ten plantations in a row. This particular truck was moving south to the Fifth Ring Road but its final destination is unknown. Earlier on we say a tree in bloom, a really huge tree, and a crashing tree.