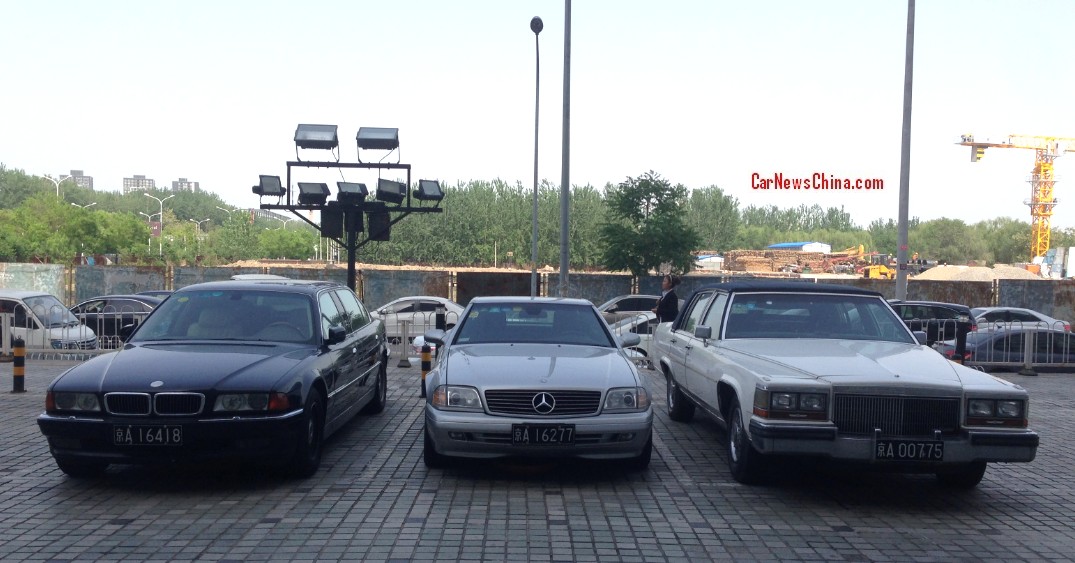 A very special Spotted in China today, because we have three beautiful cars in a row and because all have been spotted before. To the left and right an E38 BMW L7 and a Cadillac Brougham 5.0 that were seen earlier by Reader Ali Khalili, and in the middle a R129 Mercedes-Benz SL600 that I met in October last year. All cars belong to the same owner who also has several newer Benz’. 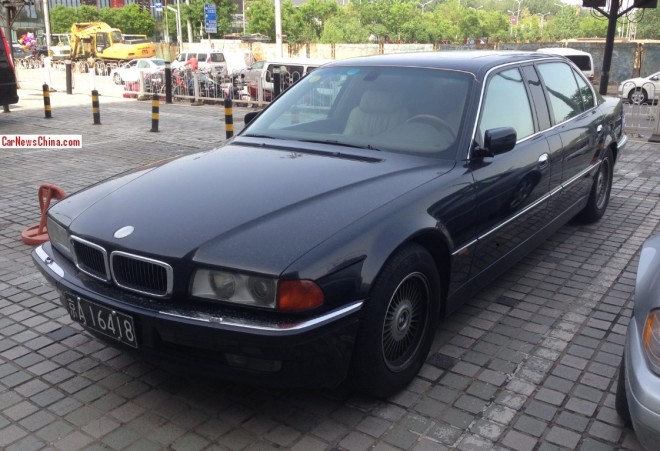 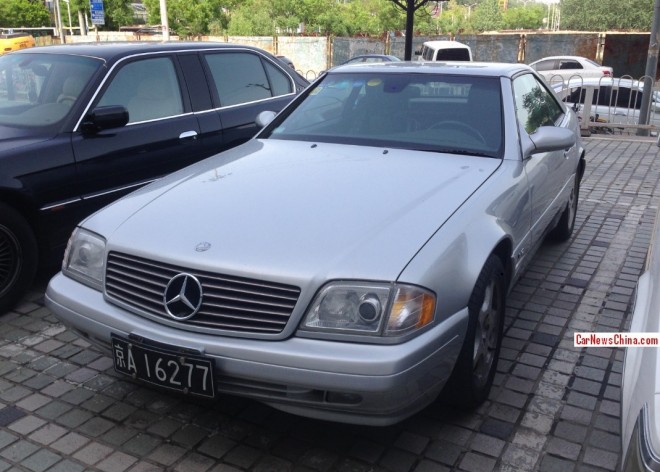 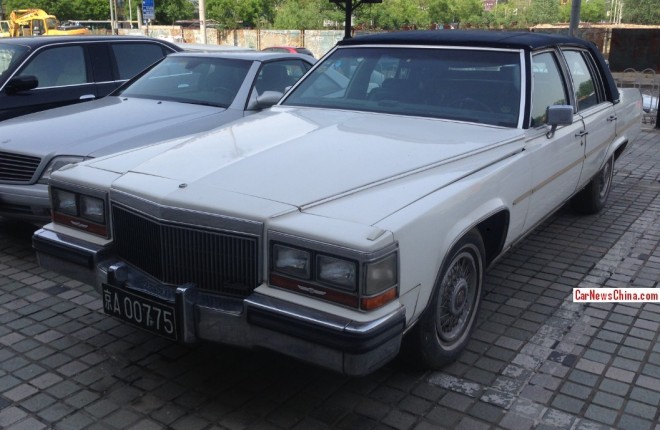 The fatass-American Cadillac Brougham was manufactured from 1987 until 1992 with a facelift in 1990, this is a pre-facelifted example. The Caddy is by far the most impressive vehicle of the tree, with its high grille towering over the two German cars. The Brougham was available with 5.0 and 5.7 liter V8 engines, mated to a 4-speed automatic. This is a 5.0 which was good for a mere 140hp and 280nm. Not much power, but presence! The vehicle is not in a very good condition, with various parts almost falling off, rust, dirt, and a general air of sadness. Parts for these monsters are hard to get in China, so let’s hope this doesn’t get much worse… 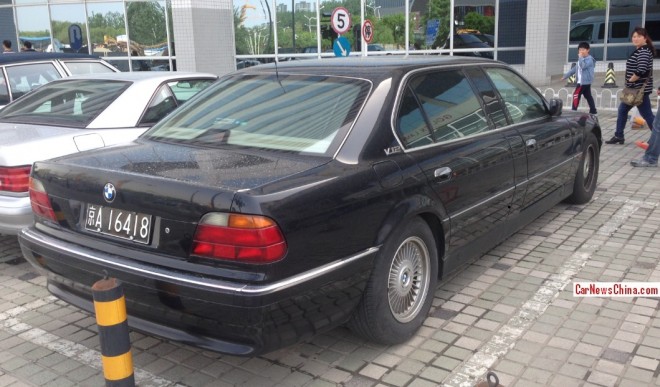 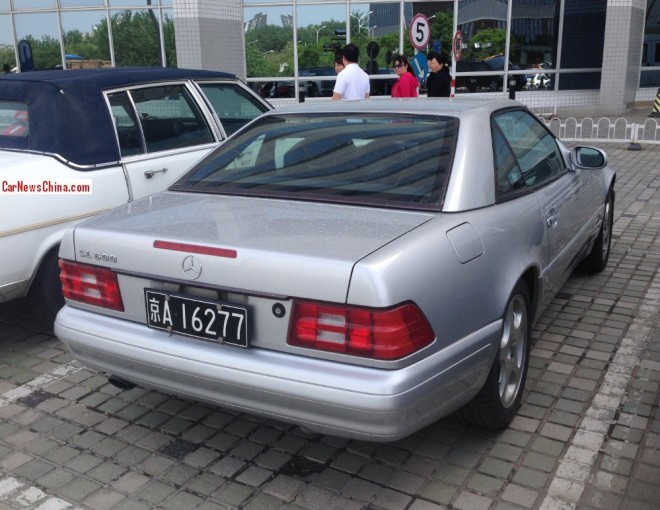 Brake light in the boot-lid and small license-plate area indicate this is a US-spec car. 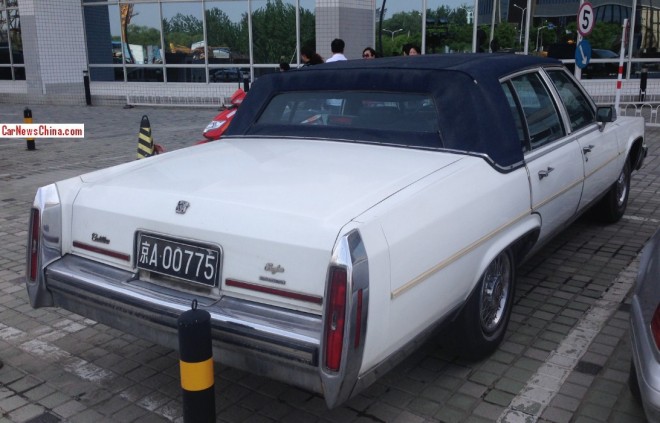 Nothing can beat those tailfins! 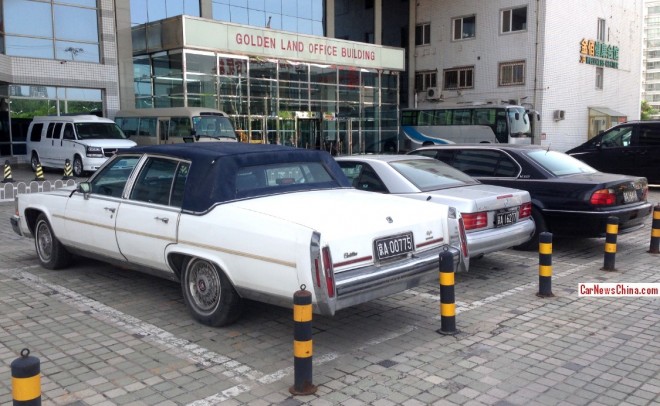 Now.., which ass would you rather own?