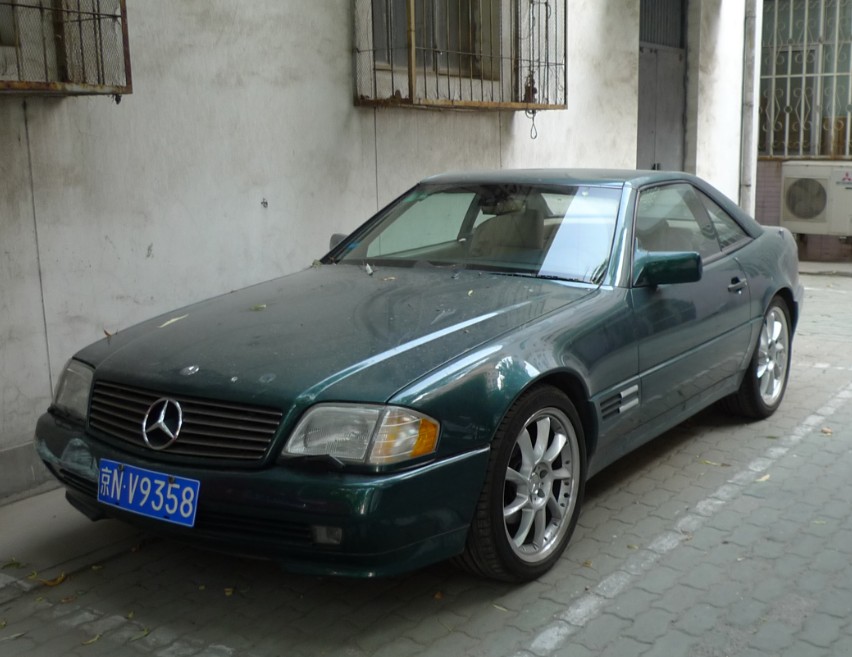 Here we have a very green and very beautiful R129 Mercedes-Benz SL500, seen parked on a small parking lot near my home in Beijing. This fine Benz stood there, untouched, for a few months and then suddenly disappeared. It has since been replaced by a red BMW 850i that is never used either. 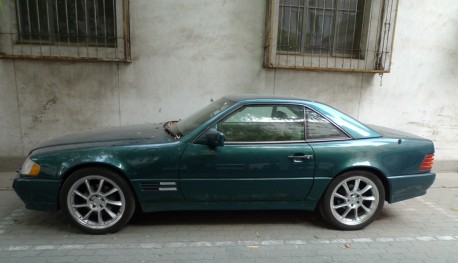 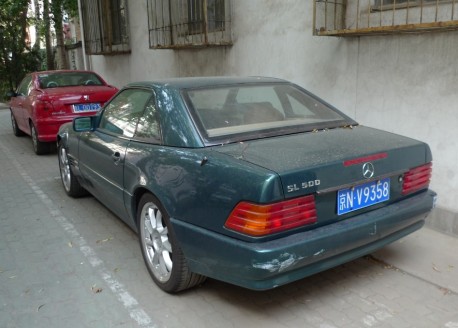 Note Peugeot 206CC in front of the mighty SL. Benz is gone, Peug is still there. It should have been the other way! A few other Mercedes-Benz SLes from China: red-pink, pink SL63 AMG and a perfect white R129 SL500.