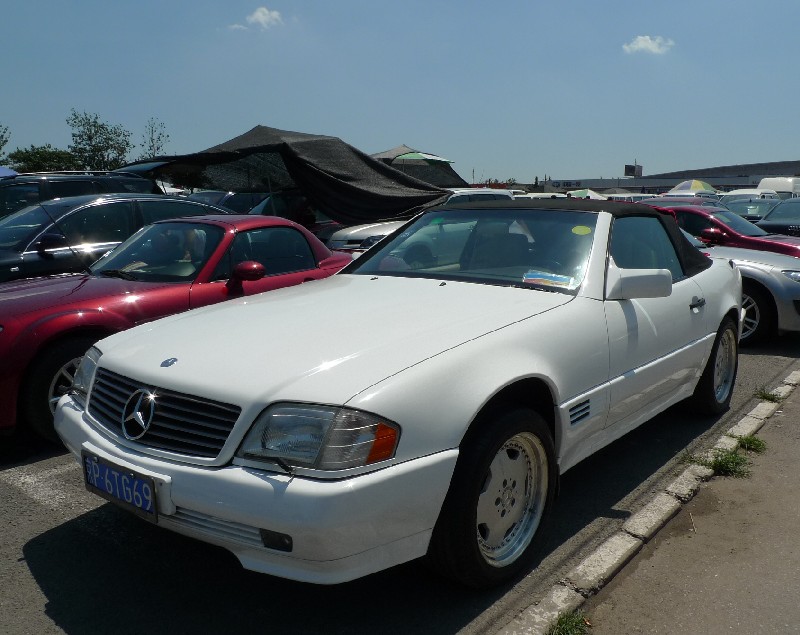 Here we have a picture perfect Mercedes-Benz R129 SL500 in white with a black hood, seen on a second hand car market in Beijing. It was for sale for a steep 499.000 yuan or 78.000 USD. Not cheap indeed but a extremely rare vehicle for China since the R129 was never officially imported. Some arrived via the gray market but I’ve never seen such a good example in China. 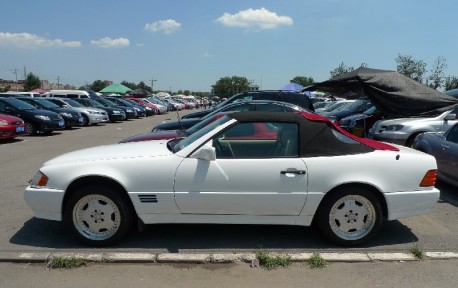 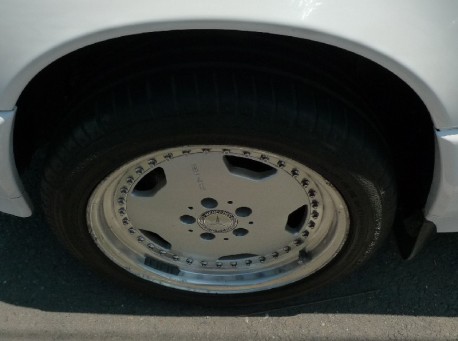 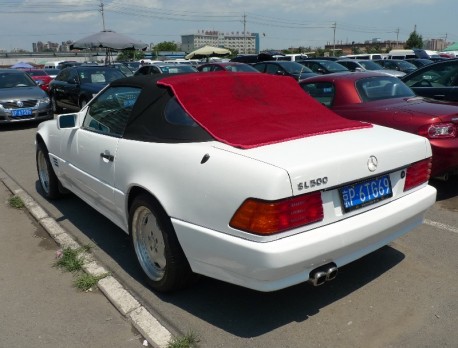 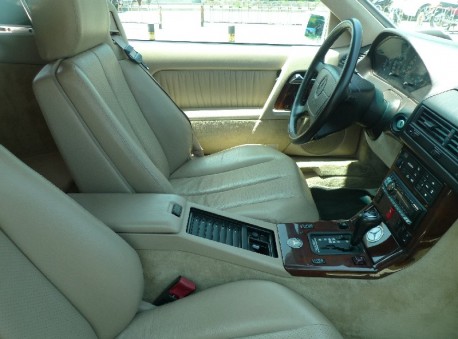 Interior seemed to be in good condition, leather a bit worn out, can be repaired easily in China. Automatic gearbox. Benz logo in front of gear lever is after market. Take it out! 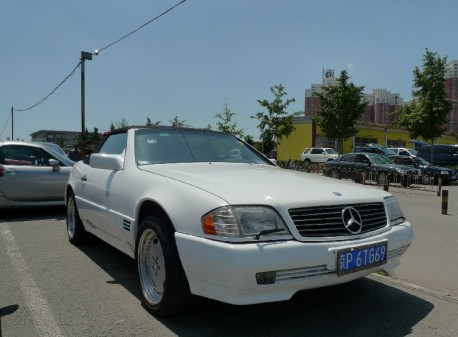 Ready to cruise under a blue sky, a seldom thing to see in Beijing…