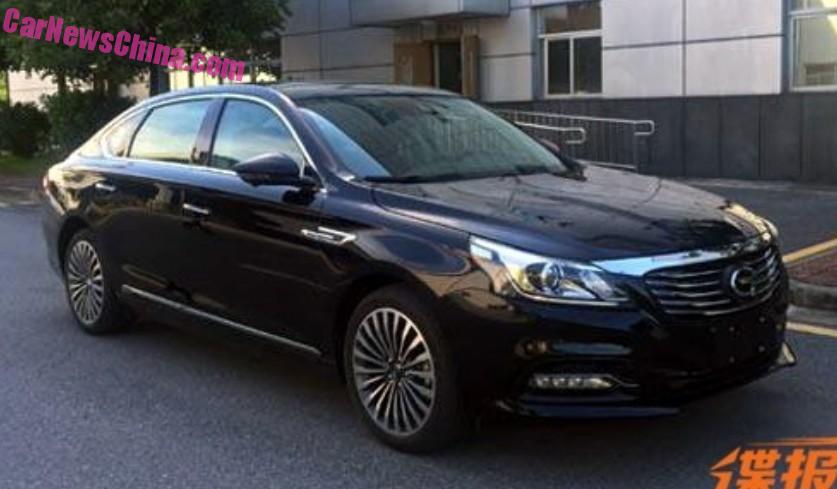 And here we have the first Spy Shots of the final production version of the Guangzhou Auto Trumpchi GA8 sedan for China, featuring a super sleek design with an impressive chrome colored grille. The Trumpchi GA8 is the new flagship of the Trumpchi range, it debuted as a semi-concept on the Shanghai Auto Show in April.

Base version on top with small wheels and a single sunroof. Top version below with big wheels, spectacular alloys, and a fancy panoramic sunroof.

The Trumpchi GA8 will be launched on the Chinese car market in September, with a price ranging from around 180.000 to 220.000 yuan. 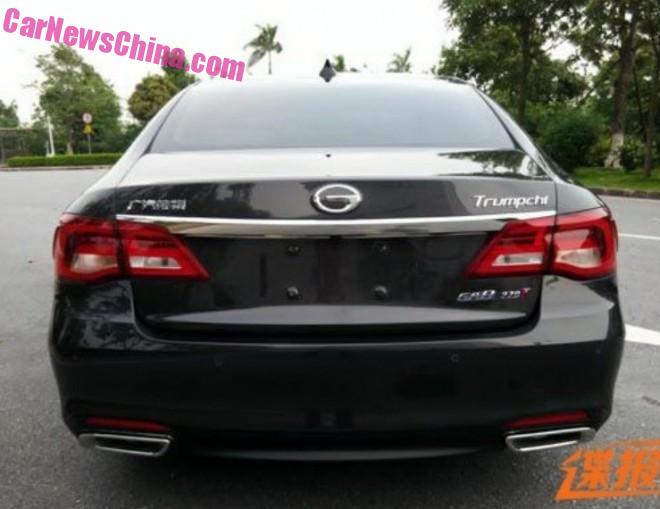