New Photos Of The Qoros GT Crossover Sedan For China 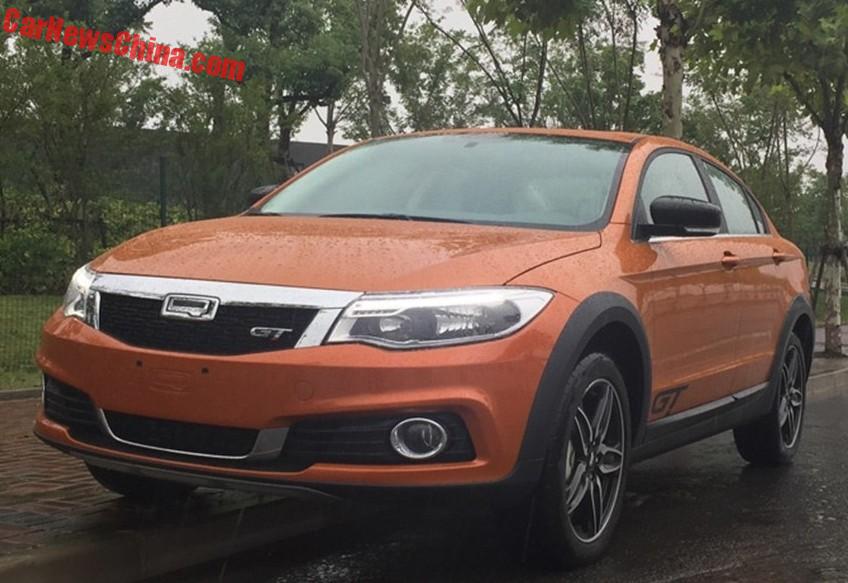 New photos of the Qoros 3 GT sedan for China. The 3 GT is a crossover based on the Qoros 3 Sedan. Design of the 3 GT was previewed by the 3 Q•LECTRIC concept car that debuted in April on the Beijing Auto Show. It has all the typical crossy stuff: increased ride height, a black grille, and black wheel arches. Additionally, as it is called GT, is has some sporty bits; GT badgery, racy five spoke alloys, black mirrors, and a tiny wing on the boot lid.

The interior is, well, … very gray. It is far too gray to be hip. Not even a hint of color here. Qoros is misreading the market. Chinese car buyers want colors and gimmicks, not gray and nothing. The GT badges on the seats look somewhat sad. But they have a bit of orange in them! Look closely, it is at the bottom of the T. Must have been a hard battle for the marketeers to get that one through! 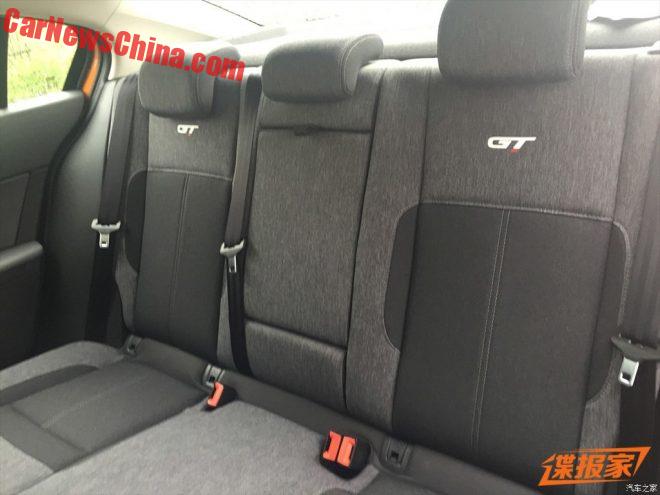 That bench is as flat as a runway. Most color comes from the seat belt buckle holders. And they did the T again, with that bit of orange at the bottom. This is likely the most boring interior we have seen this year. Even Volkswagen makes more exciting stuff these days. Even Volkswagen! 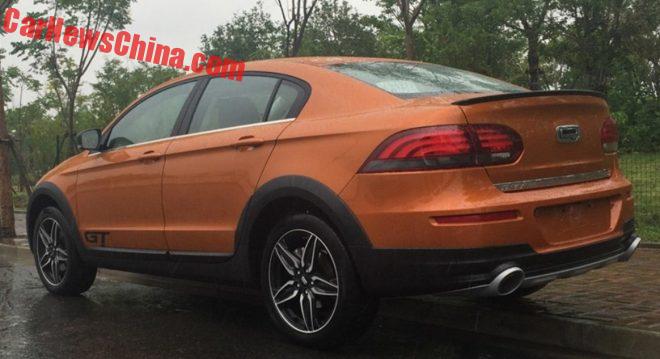 And it is all too bad because the exterior looks rather cool and almost a bit exciting. Lights are a bit large for 2016 but the crossy look does the 3 Sedan a many good.

Power will come from the same 156hp 1.6 turbo that powers all the other Qoros cars. This exact engine has been in use since the very beginning of Qoros in late 2013 and it hasn’t been upgraded yet. Some extra horses would we welcome, especially for the GT, which has to carry all that extra black plastic around!

The GT will debut on the Guangzhou Auto Show in November and launch on the Chinese car market soon thereafter. And that is not the end of the cross business at Qoros; next up is a crossover wagon.