Qoros 3 GT Launched On The Guangzhou Auto Show In China 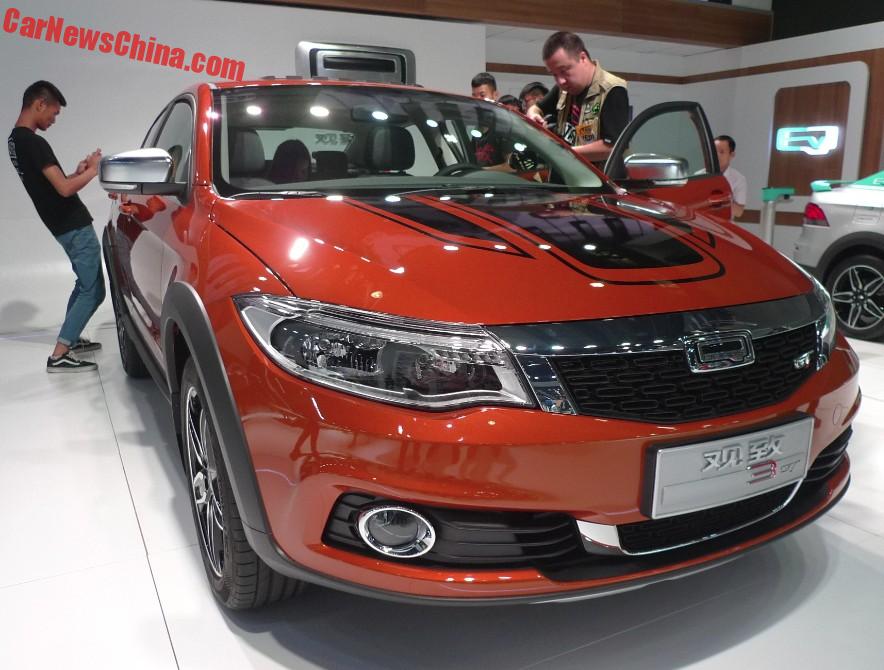 The Qoros 3 GT was unveiled on the Guangzhou Auto Show in China, sporting more stickers and stripes than a 1985 Toyota Starlet 1.3 Si. The Qoros GT is an interesting car, for it is not really a GT. It is a crossover sedan based based on the Qoros 3 Sedan, similar in style what Volvo calls an XC and Audi an Allroad. The Qoros 3 GT has been launched on the Chinese car market immediately. Price starts at 110.900 yuan and ends at 139.900 yuan.

And now we are going to play a game. You, dear reader, have to guess how many GT badges and stickers the Qoros 3 GT has. Got a number? Okay, let’s count.

Qoros got this thing with names. They have a crossover variant of the Qoros 3 Hatch that they call the ‘City SUV’. And then they have an SUV based on the same platform as all the Qorii 3, but they call it the Qoros 5.

The Qoros 3 is powered by the same 156hp 1.6 turbo that powers all the other Qoros cars. This exact engine has been in use since the very beginning of Qoros in late 2013 and it hasn’t been upgraded since. Some extra horses would we welcome, especially for the GT, which has to carry all those extra badges and all that extra black plastic around!

We continue our count. 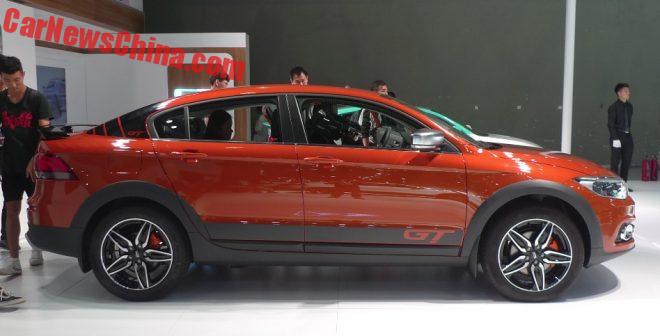 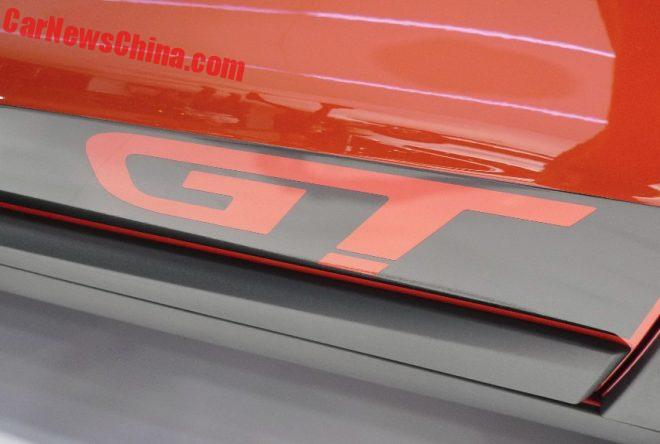 On the front door, left and right, so that’s 2. We already had one in the grille. Adds up to 3. The whole badge is orange, and the dot is orange too. Not red as with the badge in the grille. 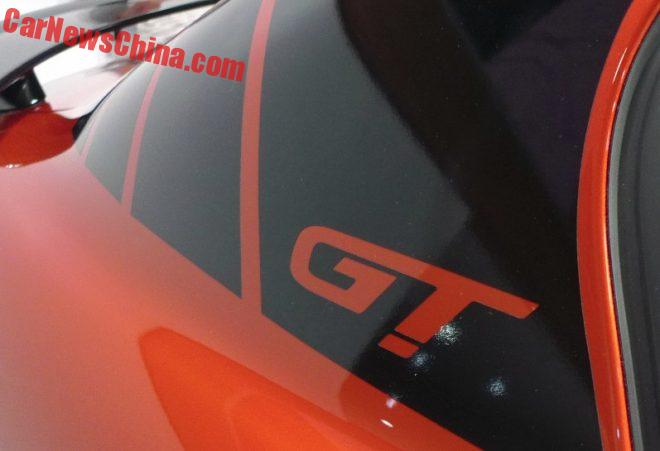 Same story on the D-pillar. No red dot. One sticker on each side, leaving us with a total of 5. 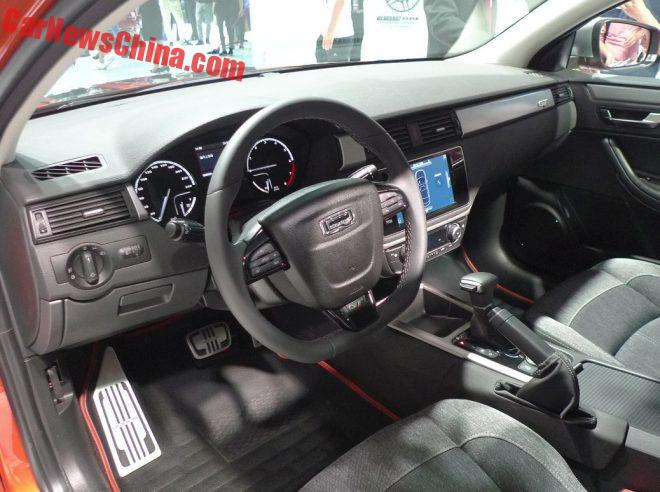 The interior hasn’t changed a tat since 2013 either. This GT model has carpets with orange edges. How racy. There are a lot of GT badges and stickers inside. 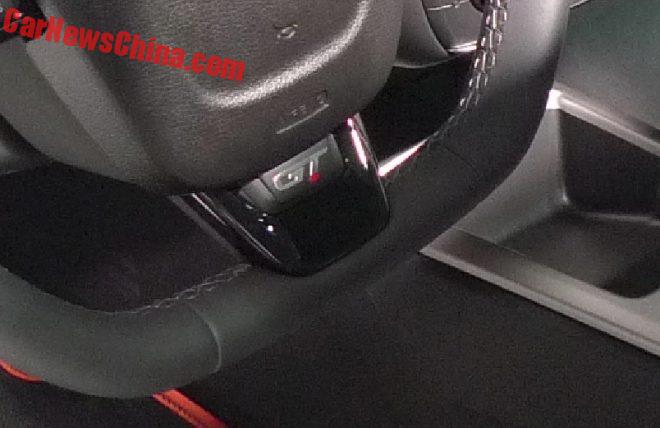 One on the wheel. The dot is red again! We stand at six. 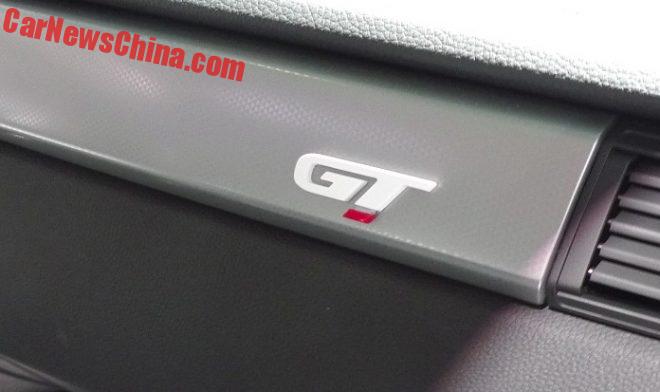 One on the dashboard panel in front of the passenger. Red dot! Seven. 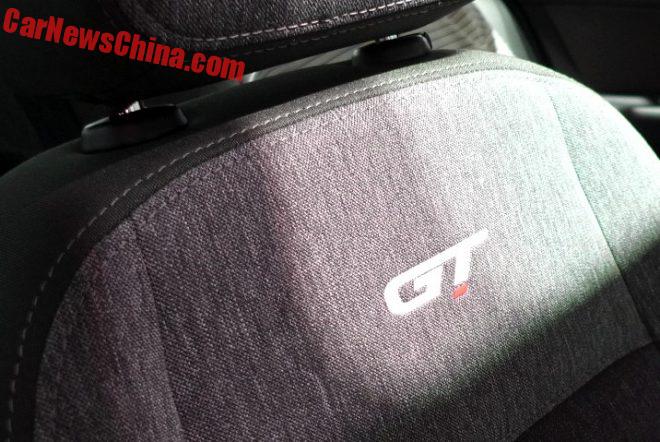 One on every front seat. With the red dot. We got 13 now! 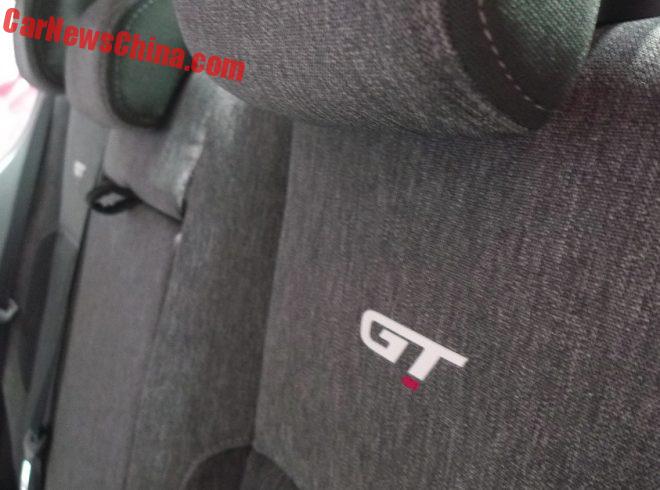 One on the left and right rear seat, none in on the middle seat. We see the red dot. We got us 15 badges. 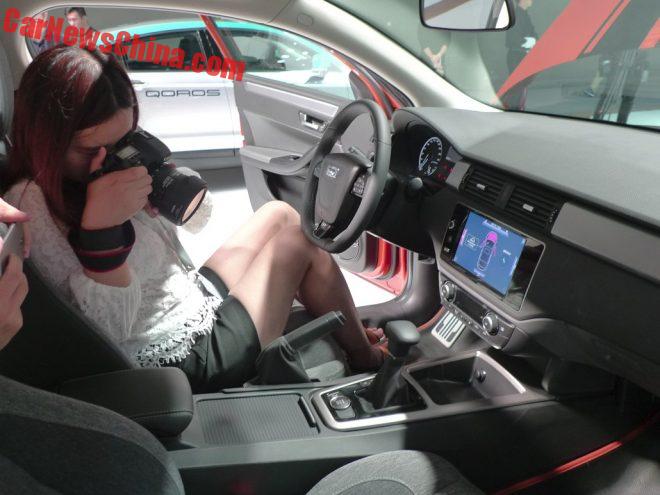 In came a sweet little lady taking photos from the automatic. Next time I’ll show her a stick. 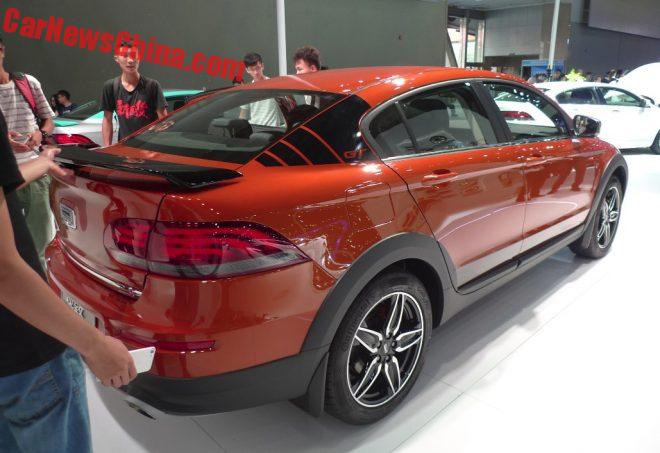 Out of the car again and at the rear. This is where one would expect a GT badge or maybe even two, but there wasn’t any. It only had the Qoros badge and the 3 badge which sits on every Qoros 3. Bland! So, dear reader, our total GT sticker and badge count stands and stays at 15 (fifteen). If you had it right please let me know in the comments.