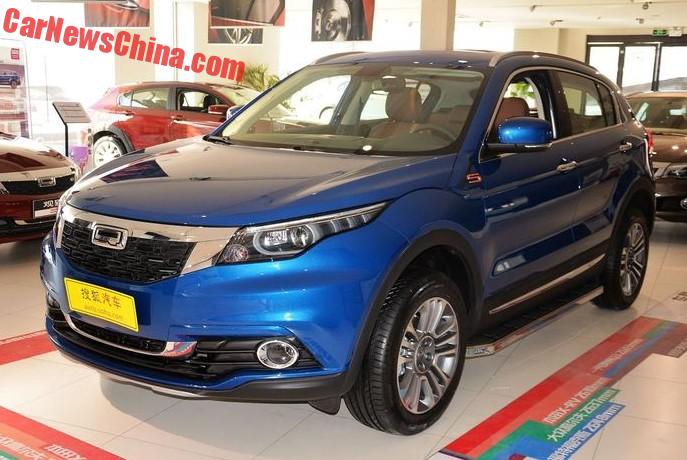 The new Qoros 5 SUV has been launched on the Chinese car market. Price starts at 139.900 yuan and ends at 194.900 yuan, positioning the 5 on the high end of the highly competitive compact SUV segment in China. The Qoros 5 debuted in November last year on the Guangzhou Auto Show.

The Qoros 5 SUV, formerly known as the Qoros XQ3, is the new flagship of the Qoros range. It stands on exactly the same platform that also underpins the Qoros 3 Hatch, the Qoros 3 City SUV, and the Qoros 3 Sedan.

The platform is not enlarged or stretched or otherwise altered, but it is slightly raised for that high-riding SUV feeling. The 5 is powered by the same 1.6 turbo that also powers all the other Qoros cars. It has an output of 156hp and 230nm, and it is mated to a five-speed manual or a six-speed DCT. The addition of the five-speed manual is a surprise, and meant to have a cheap entry-level car. 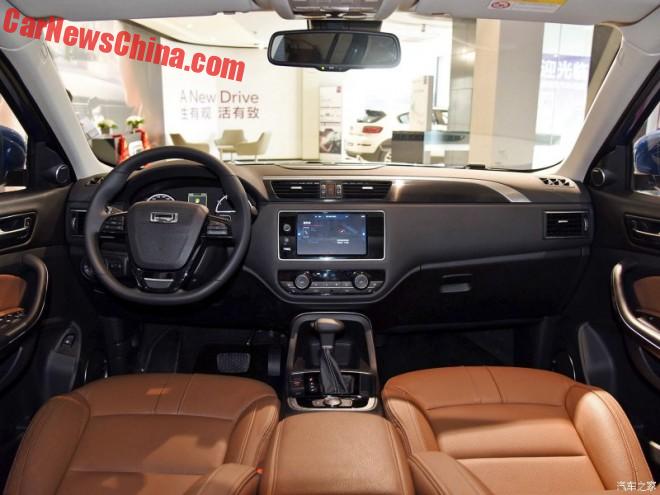 The interior too is exactly the same as in the other Qorii; very black and dark. The eight-inch touch screen is on the small side for 2016. The Qoros 5 comes standard with Nappa leather and a Bose sound system, and that is about all the excitement you can get. 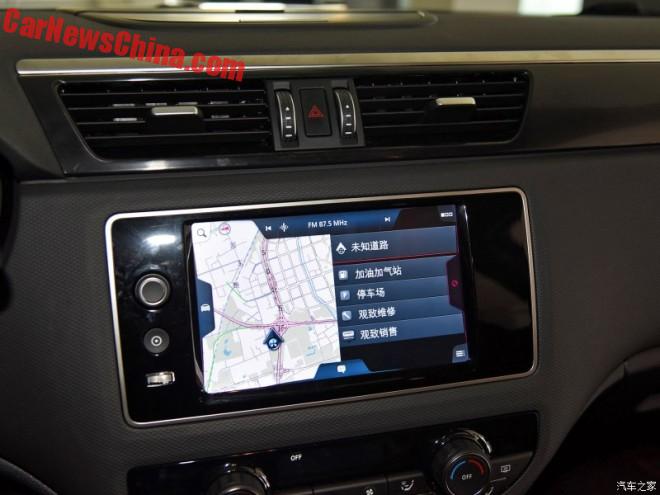 The positioning of the air vents is slightly different compared to the Qoros 3 range. The screen hasn’t been updated since the launch of the Qoros 3 sedan in late 2013. Most other local Chinese car makers do a better job; check out Zotye and Dongfeng and Weifang for just three examples. 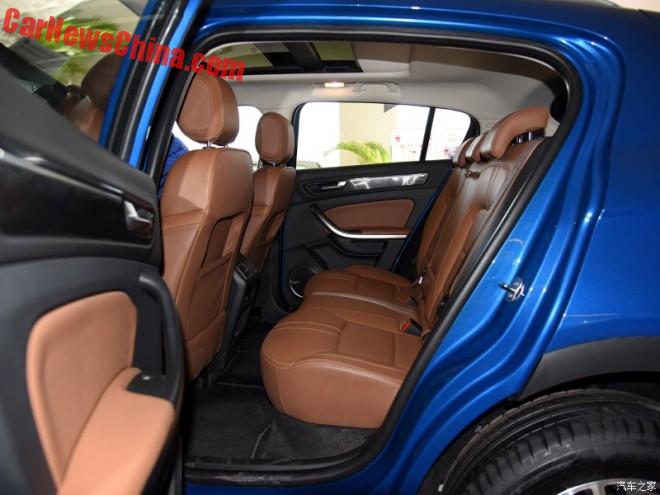 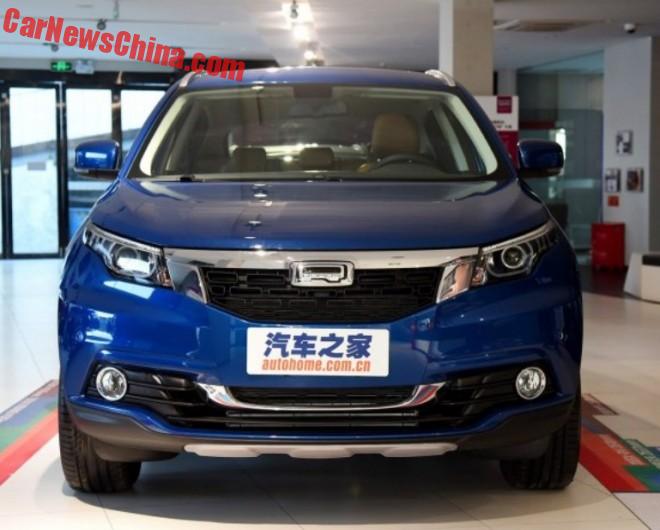 A heavenly shiny grille, with the strips topping the headlights. 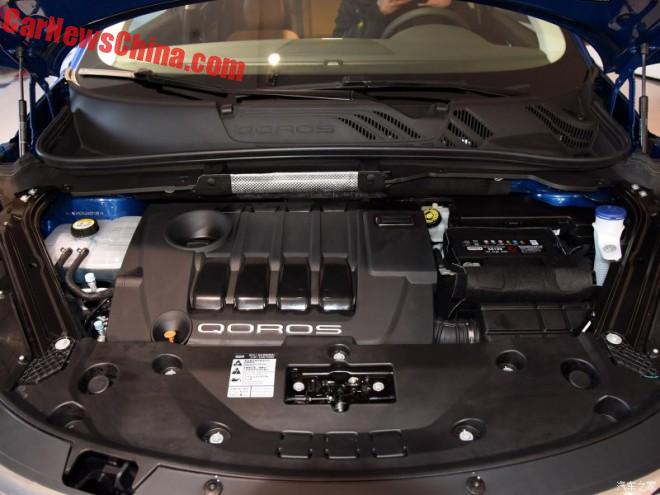 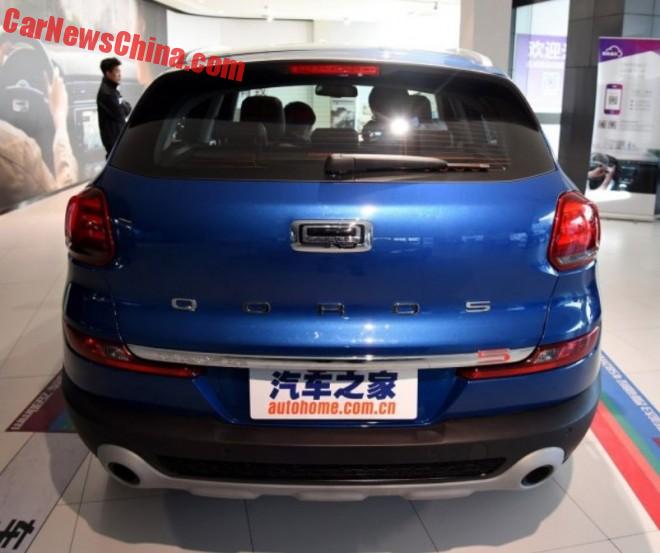 The biggest logo in the business, and QOROS in giant capitals. Pipes nicely integrated in bumper. 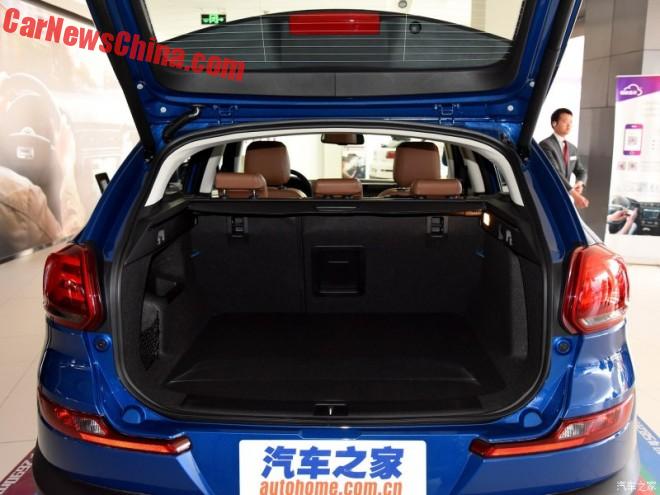 Big booth. The new Qoros 5 SUV from China. Will she sell? She looks good, price is good, quality is very good, but the engine is old, the interior a bit outdated, and Qoros still doesn’t have enough dealers. But a SUV being a SUV and SUV’s being mighty popular in China the 5 will certainly help sales up.